Well, I think I’m officially done complaining about the weight of my pack – today the Google Team released some new photos of their latest project – a wearable version of the Google Street View Camera called the Trekker: 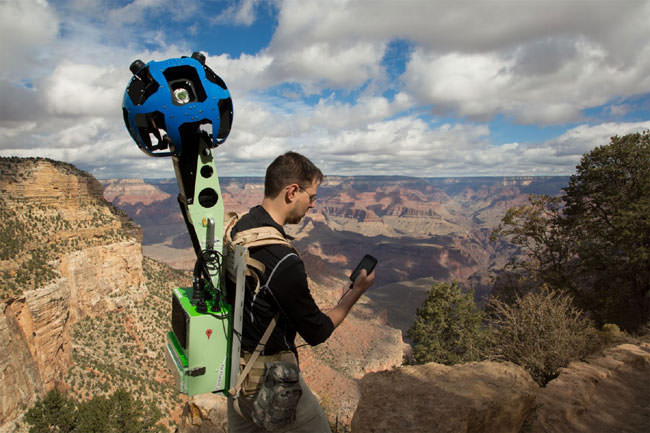 The Trekker was first unveiled back in June, but the Google Maps’ team’s first trek is into the Grand Canyon, where they’ll map several trails in the National Park – including Bright Angel and South Kaibab. The Street View-style panoramas will be added into Google Maps for everyone at a later date.

I only have one question for Google – how can I join up?