Stylish illumination with all the right touches

We were first introduced to the folks at UCO at Winter Outdoor Retailer in January, and one of the many stylish and unique products that caught our eye in their booth was their selection of headlamps. We included them in our roundup of favorites under the “Best ‘Sometimes the Little Things Make a Huge Difference’ Company” category. Instead of trying to reinvent the wheel, UCO seemed focused on adding finishing touches to existing designs that other companies would just overlook, often with a handcrafted flair for design and style that really elevated a lot of their product line.

UCO’s X-120 series of headlamps is a perfect example. As far as the technology of headlamps goes, there probably isn’t much revolutionary groundbreaking work left to be done. So instead, UCO focused on things that most others would ignore on this unassuming piece of utilitarian gear: style, function, and comfort.

In terms of style, UCO celebrates its heritage as a Northwestern company with little touches, like hand-stitched embossed leather highlights on the headband highlighting the company’s position as “Illuminators of the Pacific Northwest” and a visible structural helix design near the front of the headband. 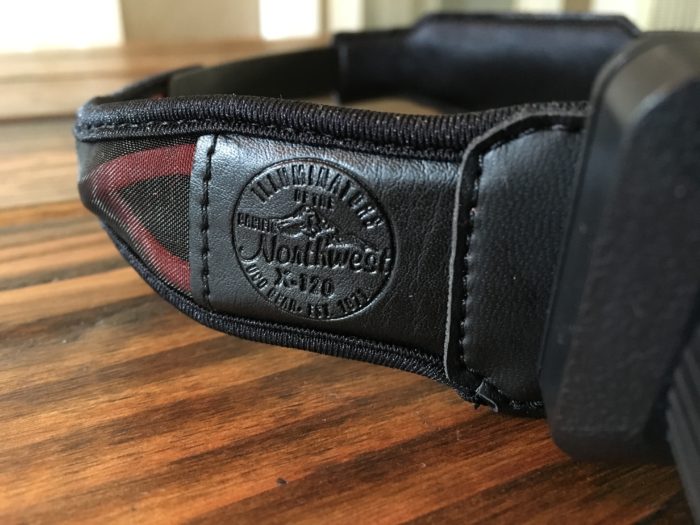 As you’d expect, the function of the X-120 is fairly simple. A headlamp pretty much has one job — illuminate. The lightweight light fixture is mounted in the front by a simple swivel that allows you to determine what angle you want the light facing — up to and including basically straight down toward the ground / your nose.

The light’s Infinity Dial makes it super easy to find the type of lighting you’re looking for — none of that pressing a single button and cycling through dim, bright, and party mode before accidentally turning it off and having to start all over again. Turn the analog dial around the bulb enclosure one way and you’ll get the night-eye friendly red LED, for those of you who like not blinding your camp mates at night. Turn it the other way and a series of white LEDs illuminate, giving you a fully customizable range up to 120 lumens. The white lights cycle between spot and flood modes as well. 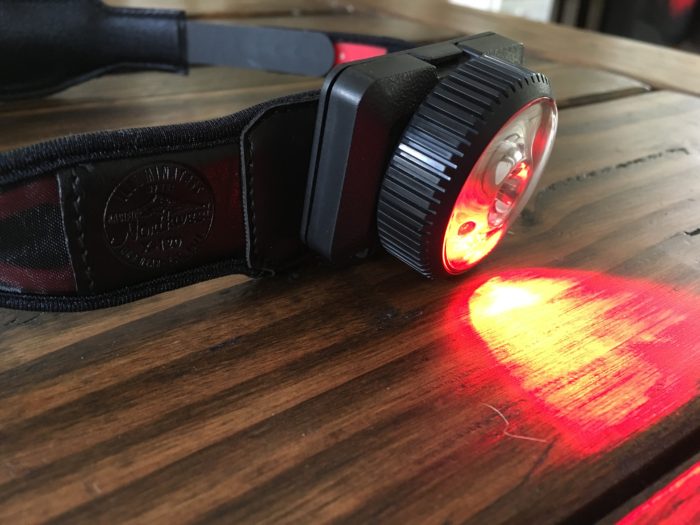 The lighting enclosure itself is IPX4 water resistant and is powered by either 3 AAA batteries or a built-in microUSB rechargeable pack. UCO says the light should run for up to 130 hours depending on what kind of brightness you’re using. The option to use either the rechargeable or AAAs is nice, especially if your battery runs out mid-camping trip and you don’t have a solar panel to charge it.

I will say that the water-resistant casing can be a tad tough to open, but apparently this is the price we pay for electronic gizmos that won’t flip out if we happen to get rained on while using them. Opening up my Garmin’s battery pack usually requires a solid few minutes and a healthy amount of open-air cursing, but the casing on the X-120 isn’t nearly that rough.

And finally, comfort is really where the X-120 shines (sorry). Weighing just 85 grams (2.95 ounces) with the battery, the X-120 is probably on the lighter end of lamps you’ve strapped to your face. And there’s no dealing with elastic or fabric bands here — the X-120 comes in two pieces that connect with baseball-cap style pegs on the left and right hand side of the device. In the back, a solidly built plastic knob can be turned to further adjust tightness — and also makes it really easy to remove the headlamp when you’re done. UCO calls this the X-Act Fit system, and it’s adjustable from 19 to 26 inches, so unless you’re rocking a MODOK-sized melon, you’re probably going to be OK with this. 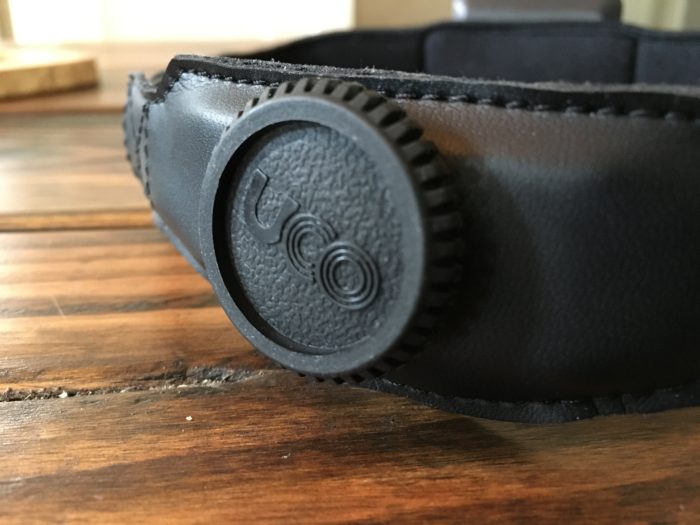 Even more noticeable though is the band itself — the interior is soft plastic and neoprene and the front and rear are heavily padded, meaning that even if you’re just wearing this on the bare skin of your forehead, the piece remains super comfortable.

I used this on a few camping trips this year as well as an extremely dark sunset hike at Hawaii Volcanoes National Park, where I was walking over lava flows with pretty much zero light pollution coming from nearby towns. The X-120 definitely did its duty — with a few admirable assists from the Milky Way, of course.

If you’re in the market for a solid, comfortable, and visually distinct headlamp, we can strongly recommend the X-120R. You can usually get a decent deal from sellers like Amazon (even from UCO’s Amazon store) and if you don’t need or want a rechargeable option, you can save even more by going with the AAA-only model.