Camp lighting has changed quite a bit over time, from the primal glow of those first caveman fireside chats, to the quaint candlelit lanterns favored by early explorers, to our contemporary assortment of USB and battery-powered contraptions. However, for some of the newest portable light sources on the market, all you have to do is sit back and let that crazy powerful ball of heat and light in the sky work its mojo. 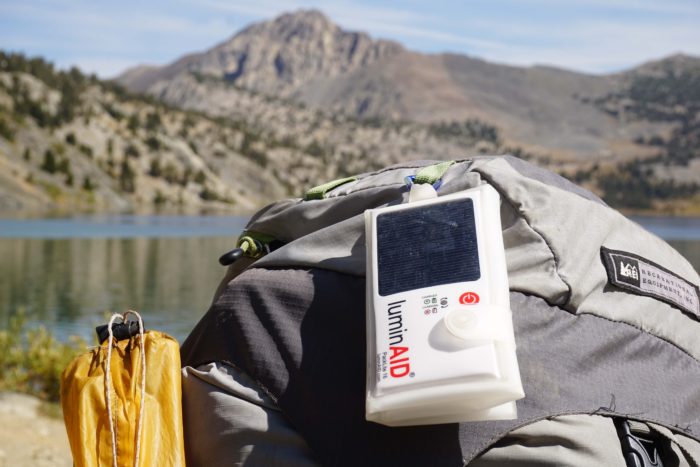 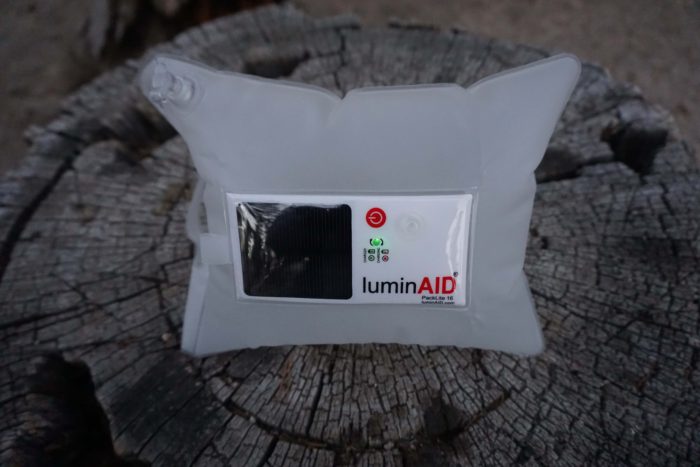 The most ubiquitous form of solar powered lighting available today is typically a traditionally shaped lantern with an integrated photovoltaic panel. However, these tend to be heavy and bulky – not exactly the stuff of backpacker dreams. Enter the LuminAID PackLite 16, one of a line of inflatable, waterproof, solar-powered lanterns originally designed to prove helpful to humanitarian efforts in post-earthquake Haiti, and since disseminated by the tens of thousands the world over to help in other critical situations, including the recent series of earthquakes in Nepal.

The lantern is a small rectangle that inflates into a waterproof, floatable pillow of soft, gentle light. Not much bigger (and definitely slimmer) than a deck of cards, the PackLite clips onto your backpack to juice up as you hike – and unlike many other solar-powered devices, it doesn’t require direct sunlight to charge. I tested its claims through several backpacking trips filled with heavy smoke and cloud cover in the Sierra and was rewarded with plenty of dinnertime ambiance and several nights’ worth of sleeping bag reading time. 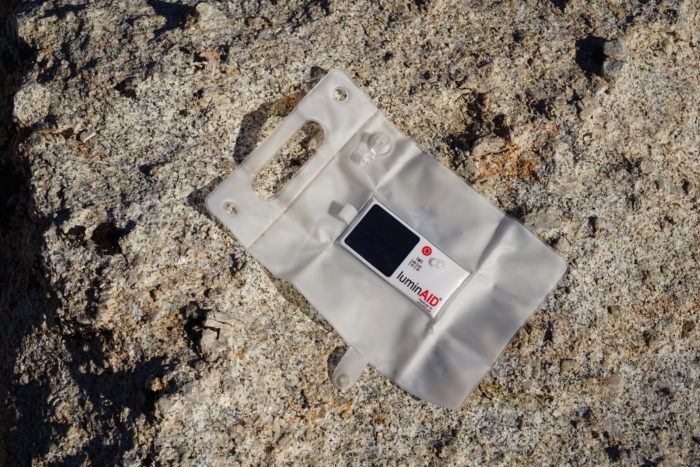 My only beef is that while the PackLite features a handy loop for hanging, its pillow shape renders it a bit awkward at a picnic table or on other flat surfaces. Coupled with its somewhat modest output, it’s probably best used for emergency illumination or inside the cozy confines of your tent. 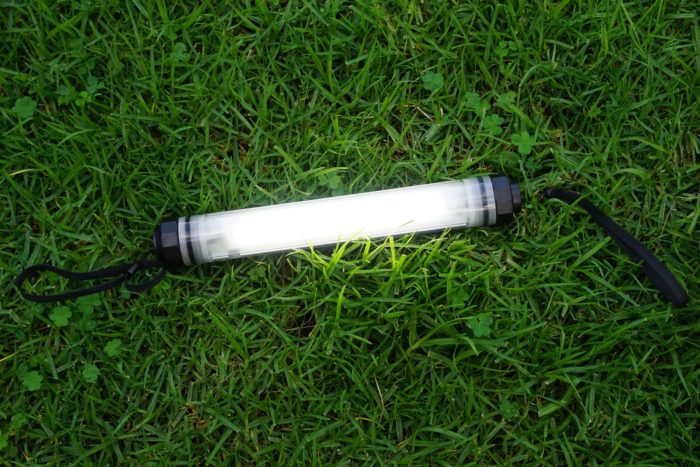 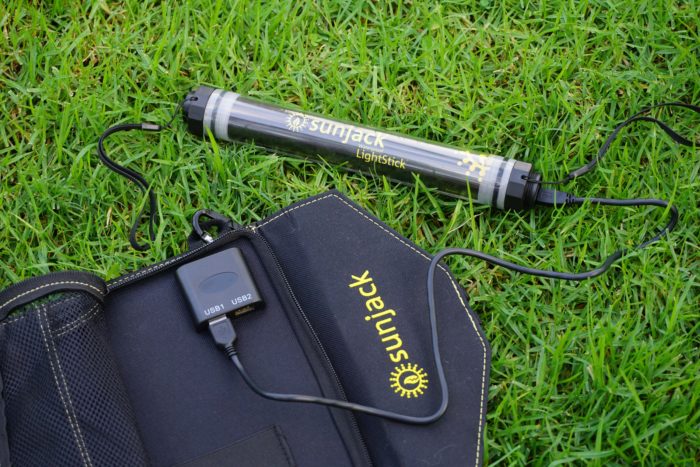 The folks over at GigaWatt Inc. are doing something a little different – they created a light saber-esque tube, the Sunjack LightStick, that charges via external solar panels or standard household electrical sockets. Not only is this device extremely fun to use when reenacting certain iconic intergalactic battles, but it’s also insanely rugged (they advertise it as being not just waterproof, but also dirtproof and shockproof) and kicks out an astounding 350 lumens at its most potent setting. While the LightStick can stand upright on a flat surface, it comes with two loops to allow for horizontal hanging (or vertical, if you wish). Using an elaborate rigging of carabiners, paracord, bungees, and blue tarp, my friends and I recently waited out an endless rager of a storm high in the mountains, and sat contented with cold beer and tasty creampuffs in hand (true story), mesmerized by the comforting blanket of bright light illuminating our flimsy waterlogged shelter.

Even though I toted it along on several alpine excursions, the LightStick is going to feel a bit unwieldy for anyone into lightweight backpacking – that is, unless you take into consideration that you can charge a smartphone several times over due to its beefy internal battery bank. That’s right, my fellow utilitarian hikerfolk – one item, multiple uses! While you do need to plug it into an external energy source to charge, you’re not restricted to solar panels – you can use a USB cord and adapter to plug the tube into any standard wall socket for a sun-free power-up. 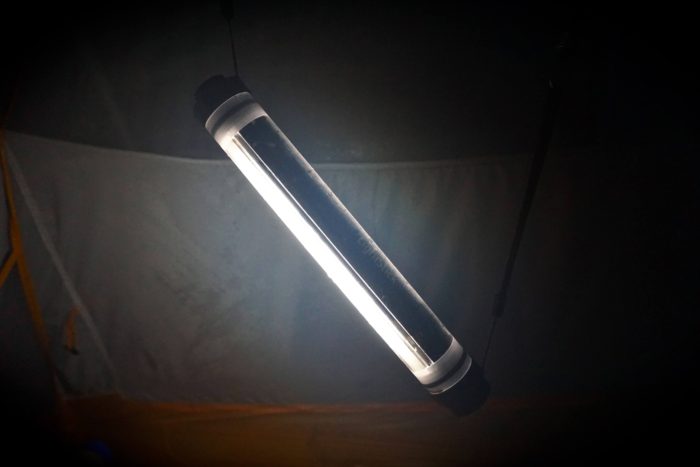 The verdict? These lanterns are two completely different – and completely viable – players in the solar lighting game. Trying to keep it lightweight and low-tech? Snag a LuminAID PackLite 16. Want to illuminate a family camping area with a side of phone charging to boot? Add a Sunjack LightStick to your gear crate. Either way you cut it, the (solar) future is bright!