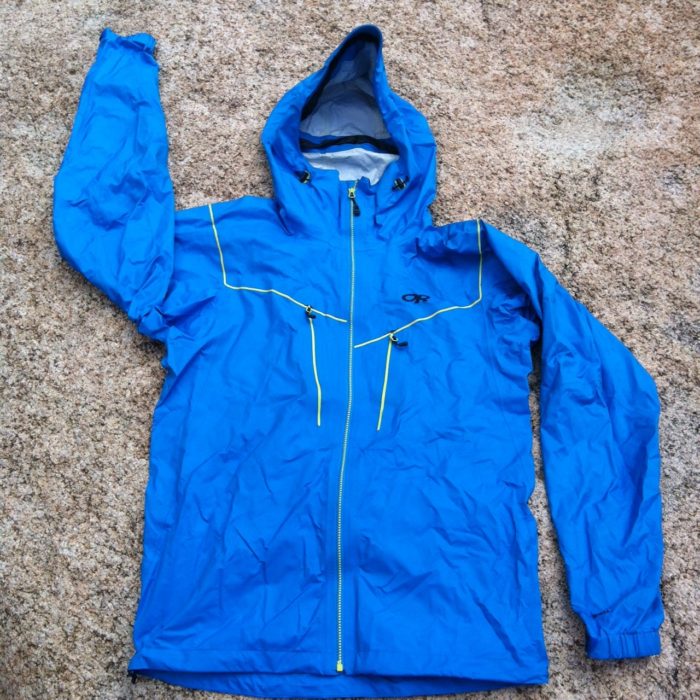 There are a lot of things I’ve done with $280: buy plane tickets to New Orleans, assure myself another month’s worth of health coverage, and even semi-repair my trusty Honda Civic, Maxine, after she blew out on a sweltering Owens Valley afternoon. But one thing I’ve never done with $280 is drop it on a solitary item of clothing.

Now, this is probably because I am the product of a practical, frugal upbringing, but also because I’ve never been able to do the kind of utilitarian math that requires me to make that leap of faith assuming that one article of clothing is going to provide me with nearly three Benjamins’ worth of excitement. However, I think I’m starting to understand the correlation thanks to pieces like Outdoor Research’s exceptional Realm Jacket.

To be clear, most hikers don’t need a $280 jacket to go be happy in the mountains. Instead, this shell was created for two camps of people: 1) those who are adventuring in terrain and conditions that warrant highly technical apparel, and 2) straight up gear junkies. While the appeal of Shiny New Stuff is obvious for this second class of outdoorsfolk, let’s look at why the first group might want the Realm Jacket, which has been dubbed the “Best Jacket for Peak Bagging” by Men’s Journal and one of the “Best Jackets of 2016” by Backpacker Magazine. 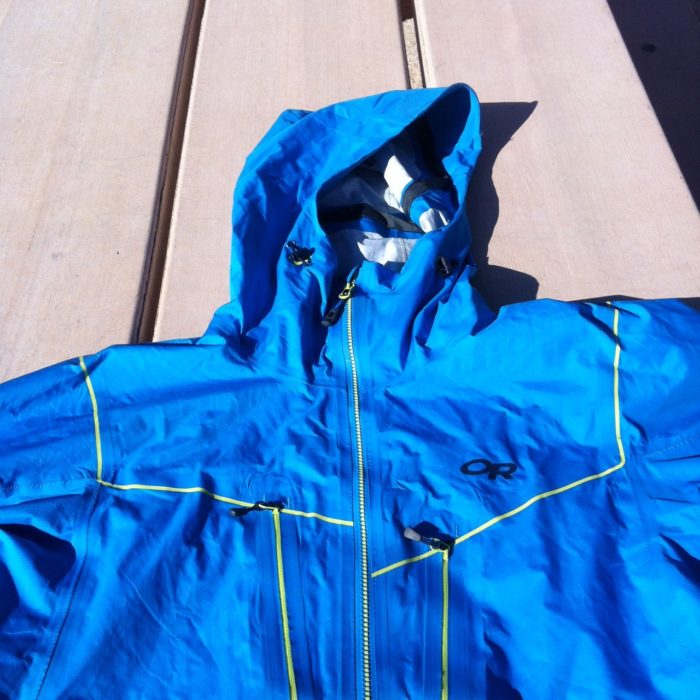 Outdoor Research isn’t nearly as ubiquitous as North Face or Patagonia, but they’ve long been purveyors of excellent technical gear – most hikers and backpackers already familiar with the brand probably know them for their hats, gloves, gaiters, or the extremely popular Helium shell. Not content to rest on their laurels in the jacket game, they went a step further with the Realm to create a shell that is at once very lightweight, fully waterproof, and phenomenally breathable thanks to their new AscentShell fabric. While this jacket is slightly heavier than the Helium (10.9 oz vs 5.5 oz), the advantage here is that they’ve conjured up some wizardly magic in amping up the airflow to heavenly levels. 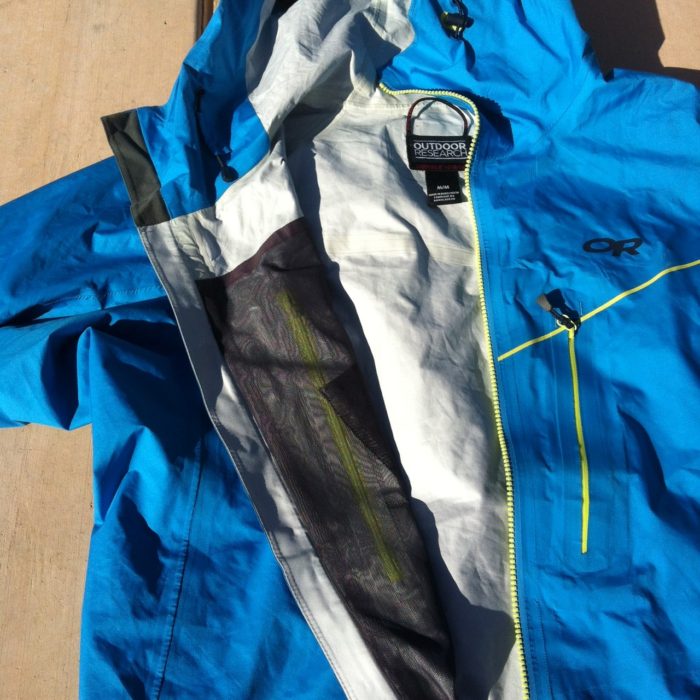 I tested the Realm in a variety of settings over several months – climbing, day hiking, and backpacking, from the desert to the high alpine – and was exceptionally pleased with its performance (and received compliments on its appearance). It fully guarded against hard rain and served as a great windbreaker on too many occasions to count. Most of all, the breathability was off the charts – I hike warm, and usually have to employ pit zips (of which this jacket has none; instead, there’s a chest zip) and unzip my shell completely to avoid a “walking sauna” situation. Instead, I was able to hike and climb comfortably through rough weather conditions without unzipping a thing – something I’ve never been able to do while wearing a shell. Be still my usually sweaty heart! I also loved that the hood had a bendable brim and didn’t wither around my face like many others do, and that the material itself moved along with my body. As a bonus, the whole thing compacted well (the jacket stuffs inside one of its pockets), taking up barely any room in my pack. 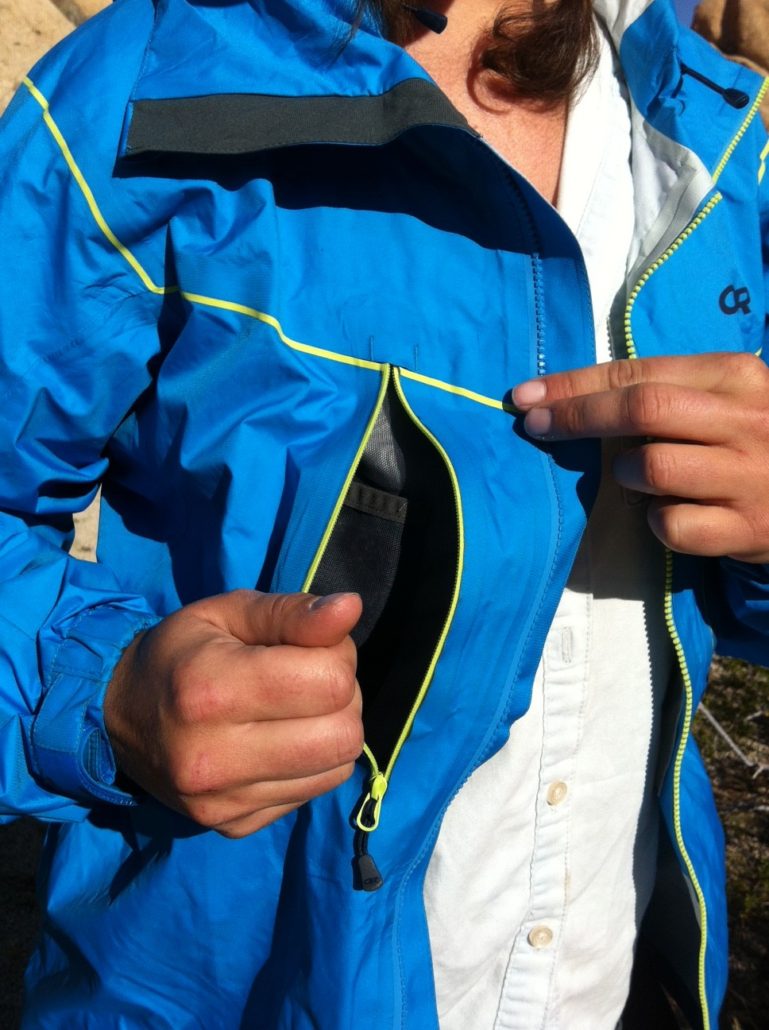 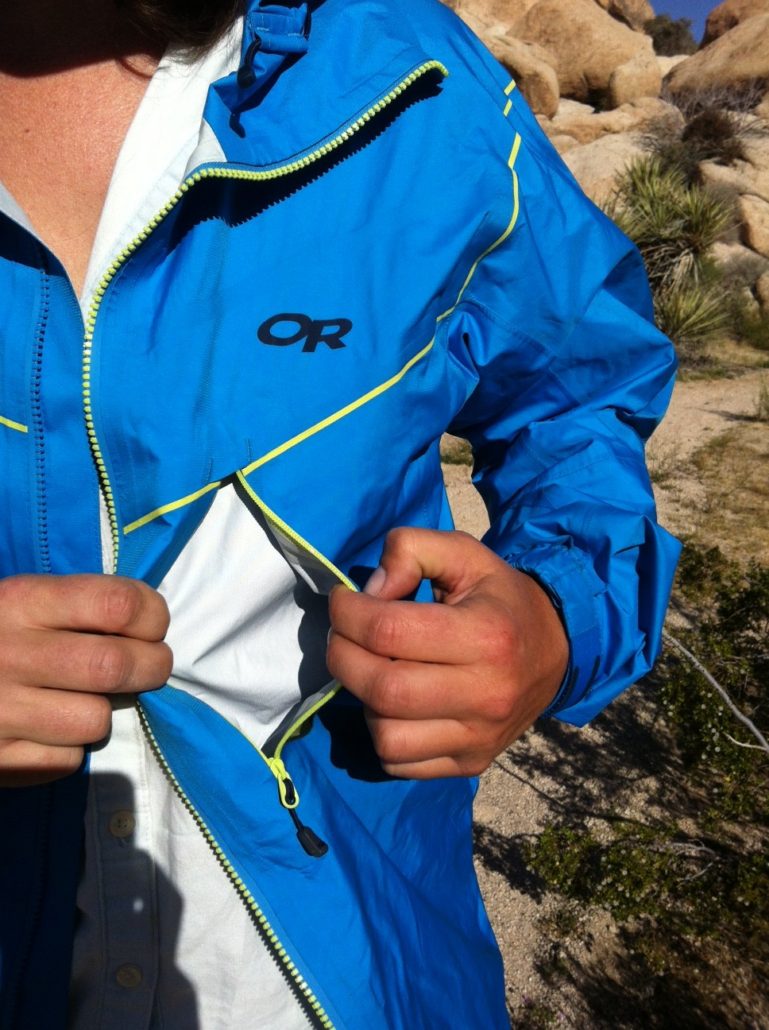 The only downside (beside the lofty price) is that the Realm is currently only offered in a men’s cut, and it’s not clear whether they’ll release a women’s version. Why does this matter? When I was sent a sample in my usual size to test, I had to return it for a larger one, as it wouldn’t zip over my hips – the men’s cut is both longer and closer to the body than a women’s cut. The gender gap in outdoor sports may be closing, but it often seems that brands need to work a bit harder to catch up. 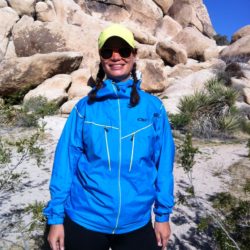 Ultimately, Outdoor Research’s Realm Jacket is a perfect, if pricey fit for those (men and slim-hipped women) who pursue high octane adventures in a multitude of weather conditions. Gone are the days of constant futzing to maintain personal temperature control – and for some, being able to focus more on the activity at hand and less on constant clothing adjustment might be absolutely priceless.