Keeping warm and dry is key to having fun outside in the winter, and there’s a new technology out there now called SolarCore from Oros Apparel that we are happy to review on Modern Hiker. This series from Oros started as a kickstarter project, and just started shipping in the fall. Like traditional synthetics, it holds its insulating properties even when it’s wet, but the company claims that the “NASA-inspired” insulation is thinner and more durable than other synthetics AND goose down.

Oros sent Modern Hiker their Orion Series Mens Jacket, Snow Pants, Beanie, and Gloves to review, and I took them out into the mountains of the Pacific Northwest to see how they’d fare. I took the Oros Apparel up on an alpine mountaineering trip on Mount Rainier from Paradise to Camp Muir, and a ski day at Whistler in British Columbia, Canada.

On the first day of the Rainier trip, I put the gear on and couldn’t help but notice that there are a lot of zippers on this stuff – eight pockets and two vents on the jacket, six and one (respectively) on the snow pants. It’s nice to have options on where to stash your stuff while you’re out, and each of them had a high-quality waterproof zipper with a zipper pull that was easy to grab with gloves on. The gear also looks great – the jacket comes in black or blue, and the pants in just black – with tasteful logos and a nice athletic cut. 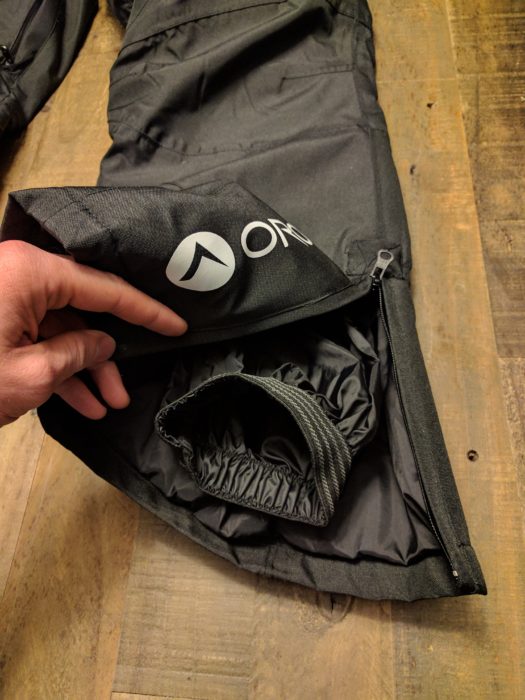 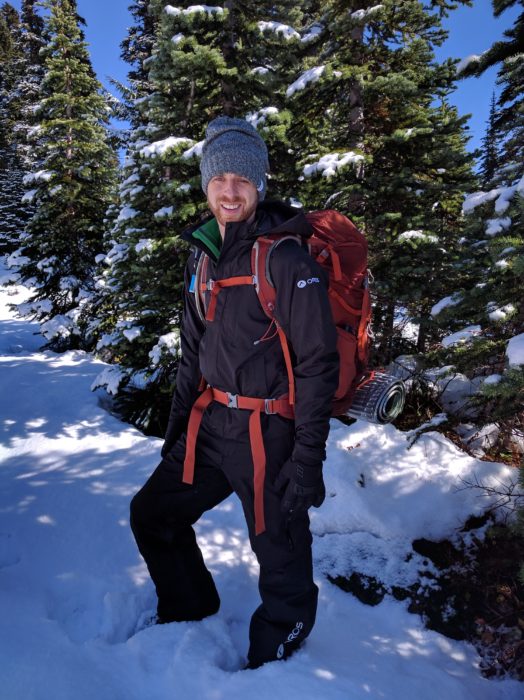 However, it became clear quickly that the company’s claim that the insulation keeps your core temp down when things warm up didn’t hold water (or sweat). Even with pit zip vents AND a crotch zip vent in the pants, the gear is too warm for climbing a mountain. I typically wear a lot of layers with an uninsulated shell for a mountaineering trip because I can strip them off on the way up if I need to, but the SolarCore Insulated gear didn’t allow for that kind of flexibility. Shortly after starting up Rainier I decided to change into my normal gear – this stuff just isn’t designed for climbing pursuits unless you run very cold.

So a few weeks later when I got to take it out in Whistler, the gear performed beautifully.  This kind of insulated outerwear is best suited for a cold-weather trip where you won’t be working up your own body heat as much as you do when you’re mountaineering. The pants are comfortable, including a nice fleeced lining on the waist. The jacket has inner cuffs with thumbholes to prevent snow from creeping in, but they were too tight for my wrists, and the thumbholes started chafing under the Orion Series gloves well before lunch. However, the jacket was generous in every other measure, and the insulated hood was perfect when the wind picked up near the summit.

The beanie was great quality and warm, although a little too tight on my (apparently) large head. The gloves were good enough quality, but at $150/pair, they don’t have a lot of the features that other gloves in that price range often do, and unlike the rest of the gear, were actually a little light on insulation. They might have been my least favorite part of the Oros Orion system.

My one actual frustration on my ski day was relatively minor – the pants include a snow gaiter, but it doesn’t open up to wrap around your boot like many do at this price point, and the elastic was too tight to even fit over my relatively-slender ski boots. 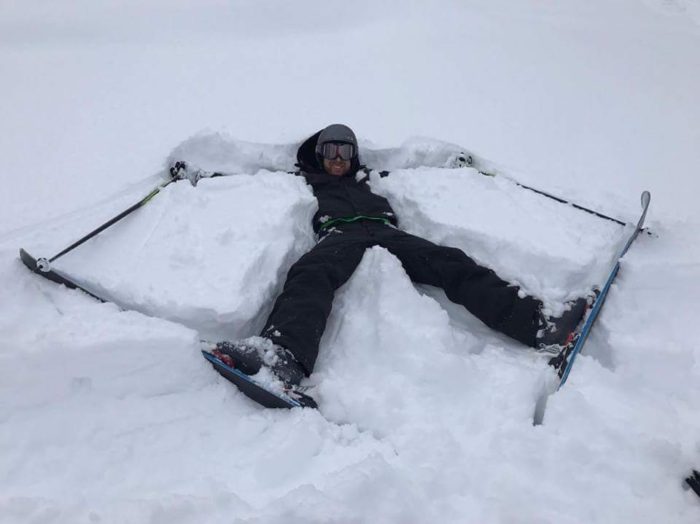 Oros is definitely onto something with their SolarCore insulation – it held up to a heavy snow day (multiple feet that day) while keeping me warm and dry. The jacket looks so great that I’ve started wearing it as my everyday jacket in cold weather. However, I generally wouldn’t recommend insulated outerwear for climbers, and this gear is no exception. If you’re looking for a great new ski setup, or a wonderful winter jacket that can double as occasional snow gear, take a look at the Oros Orion Series!