Known for producing solid backpacks since the 1970s, Gregory has been making the Deva line of women specific packs for over 10 years now. It offers many of the same features as the Baltoro pack, but is specifically designed for the female body. On a recent sunny spring weekend, I took the new Gregory Deva 70 on quick overnight trip into the beautiful Gifford Pinchot National Forest to do some quiet creek-side camping. 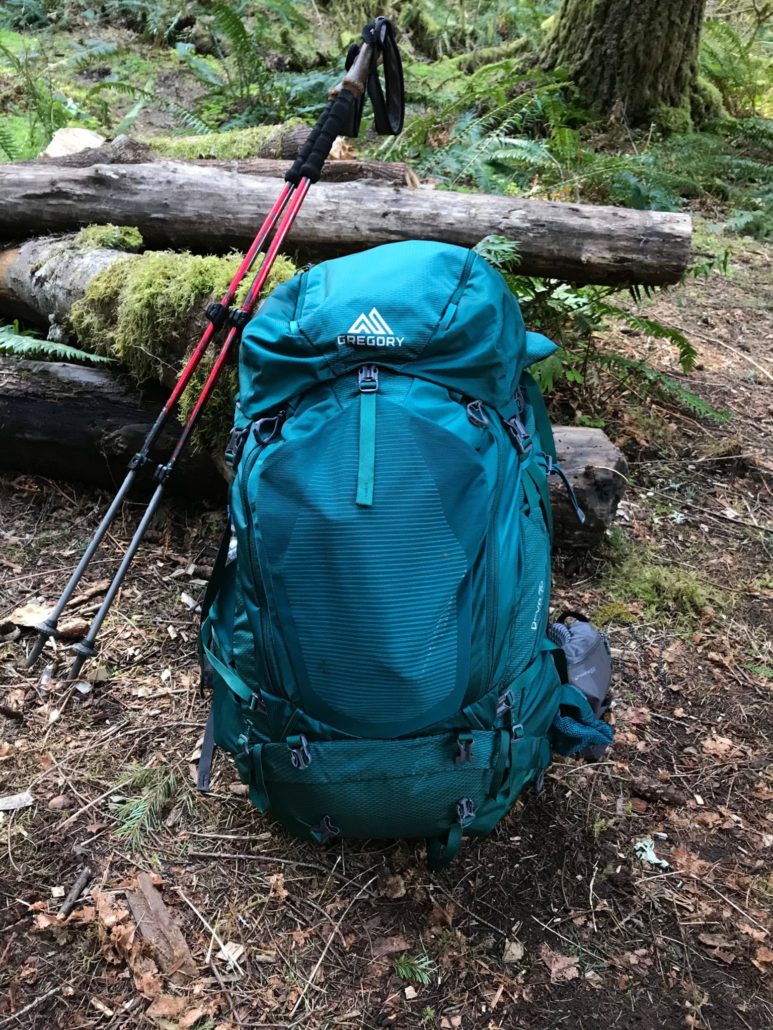 Let’s be honest for a moment: I haven’t used a traditional backpacking pack for many years (I’ve come a long way since my middle school days of carrying a backpack as big as my body). As an ultralight nerd, the backpacks I’ve becomes accustomed to are far less built, less rigid, and generally far lighter than the Gregory Deva. At about 5 pounds, the Deva is a Cadillac in comparison. However, as I’ve evolved as a backpacker, I’ve also started to better understand the situational nature of backpacking. Not every destination is the same, and gear considerations can change drastically depending on conditions. Furthermore, not every backpacker is the same. What one person finds comfortable or necessary might be completely different from the next.

This is where the Deva comes in. While it will never be as light and quick as many of the ultralight packs on the market, it’s a great option for someone looking for a versatile all-season pack that can either be used with all the bells and whistles, OR be paired down to only include some basics. Want to go on a short overnighter near home? You’re set. Want to occasionally do a weeklong trip where you may need to carry a bear canister? You’re also set. Winter backpack with all that 4-season gear? Covered. If you’re someone who doesn’t have the option or desire to have multiple gear sets, the Deva is a great option that will get you where you need to go, with a suggested carrying capacity of up to 55 pounds. It’s also available in two other sizes: a 60L and 80L version, for a slightly different price.

Something I’ve always appreciated about Gregory packs is the quality build of their frames and fabrics. This pack is no different. It’s bombproof. I’m fairly certain I can spend the next 5+ years beating it up, and STILL not destroy it. 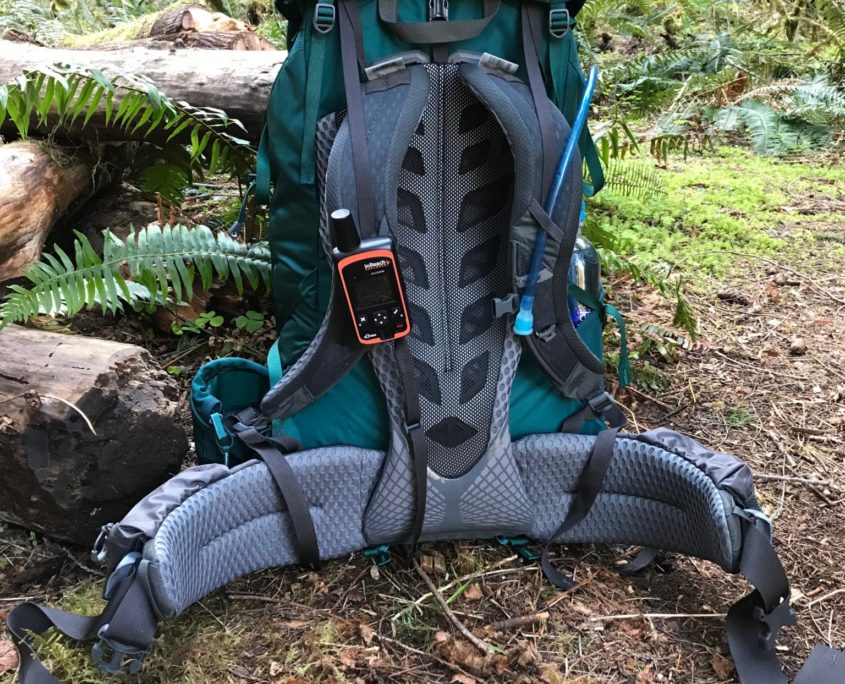 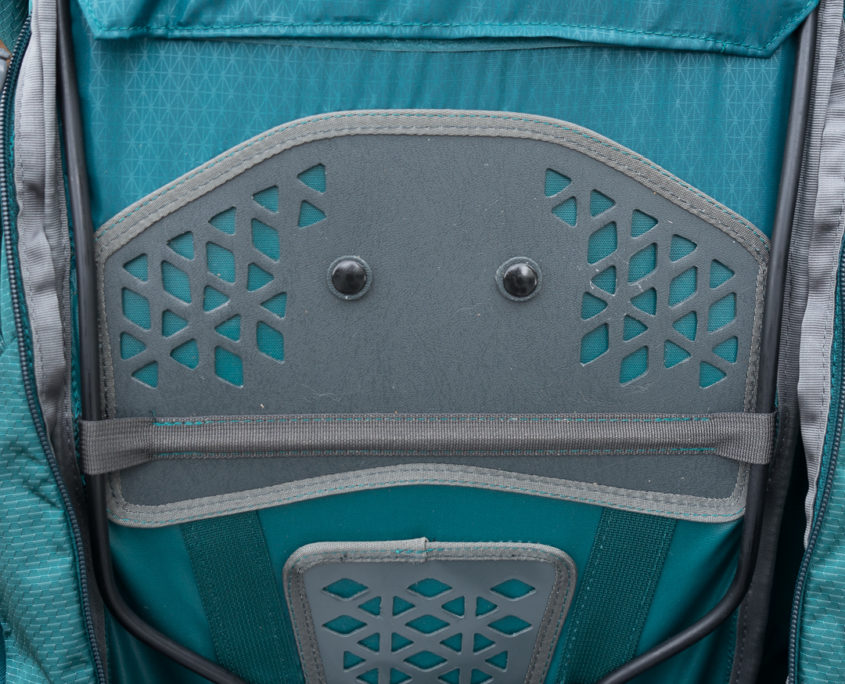 I was immediately pleased by the general weight and build of the material and frame. During my recent trip, I was able to drop the pack or lean it against trees and rocks and not worry about catching fabric or tears. While wearing, the Auto Angle Adjust in the suspension allows each pack strap and the hip belt to move independently from each other. Compared to older packs of a similar build, this technology allows you to more freely move while wearing the pack without feeling like you’re strapped to a rigid frame. Like many women specific backpacks, the shoulder straps feature an S-shape, which is more infinity comfortable for those of us blessed with the joys female anatomy. 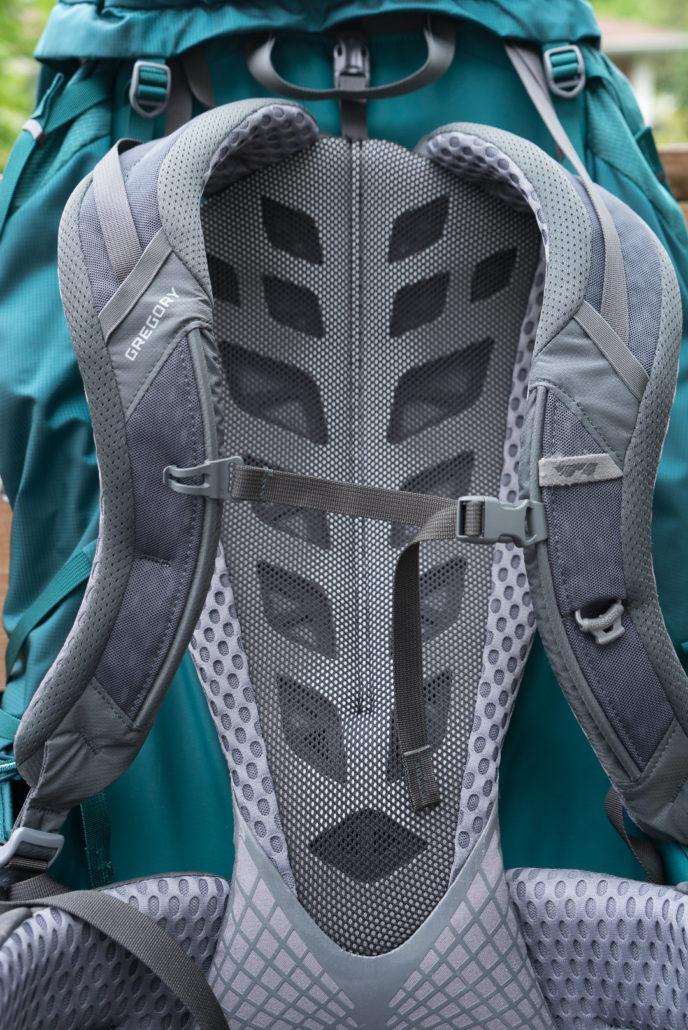 Admittedly, I found the Deva a little intimidating at first. So much so, that I had dark thoughts such as “but, I’m an ultralight backpacker, and now I’m carrying this giant thing.” That being said, I will also be the first to admit that I’ve really been enjoying this pack. Pockets! Straps! Buckles!

Not only does it feature the usual mesh outside pocket, but also includes four other sizeable zipper compartments. On my recent backpacking trip, I was hard pressed to bring enough small items to fill them all (good thing I had a place for my avocado). The hip belt pockets are spacious and include one mesh and one waterproof option each. Additionally, the main body of the pack can be accessed from three different points: the top, the bottom, and the front via a full zip opening. A handy summit pack zips into the main backpack, doubling has a hydration sleeve. Finally, there is a dedicated compartment to store the included rain cover on the underside of the lid. 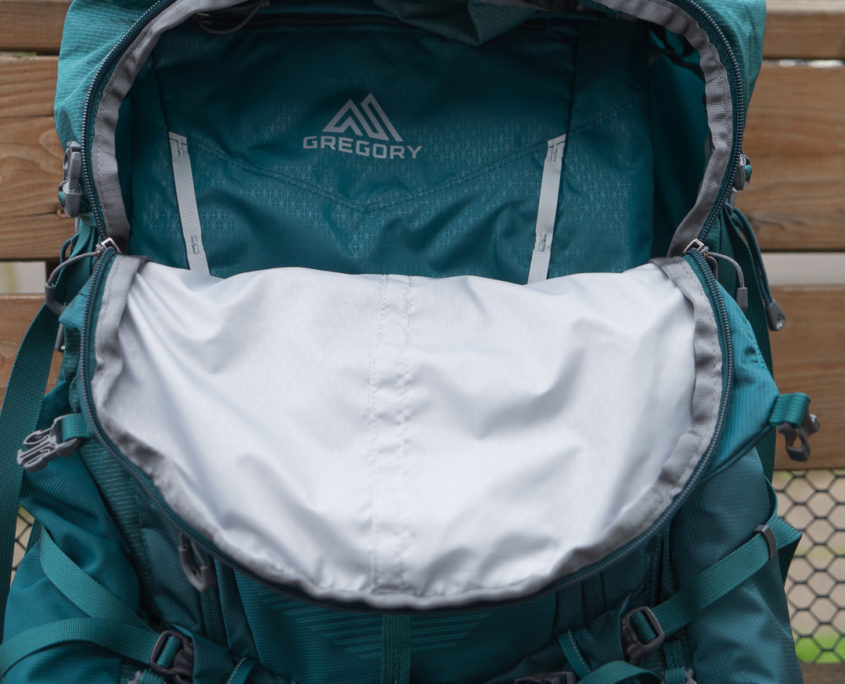 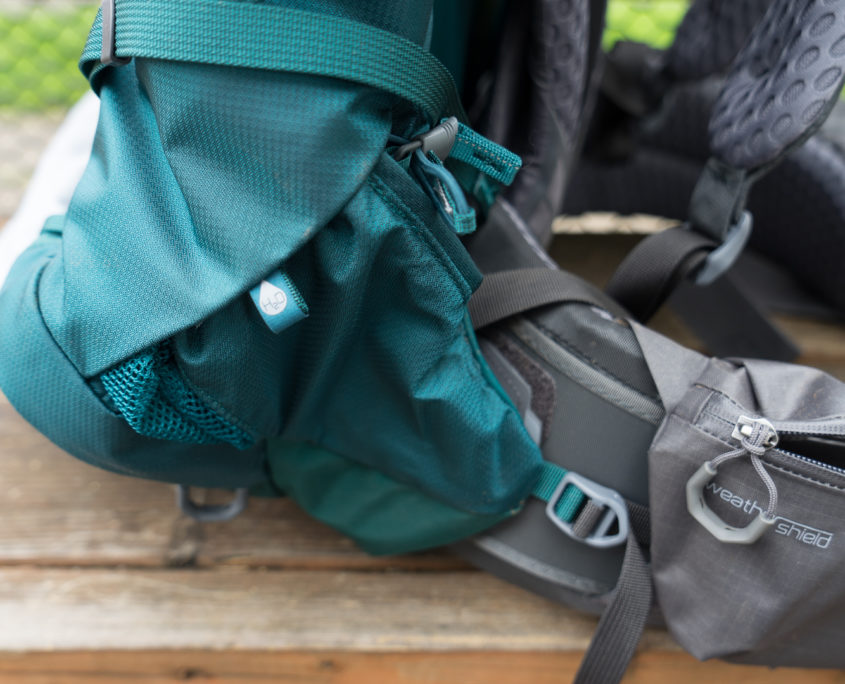 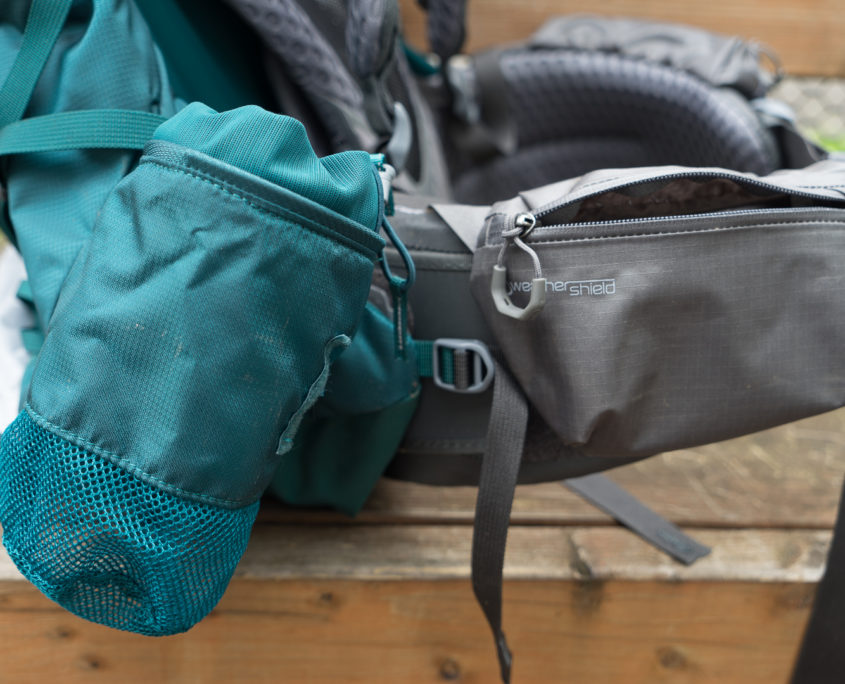 Finally, it’s the little things that also set the Deva apart. The pack strap features a hydration tube clip, keeping the mouthpiece where it’s supposed to be. Also included is a hide-away water bottle holder that’s easily accessible without removing the pack, which can be folded away when not in use. Elastic straps on each side of the pack can be used to store trekking poles for times when you might need to use your hands. 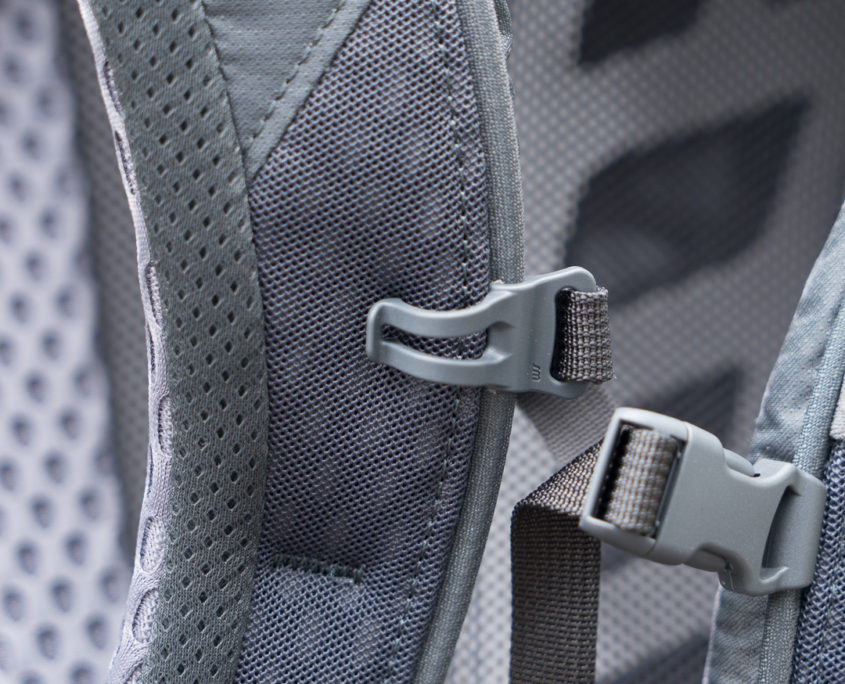 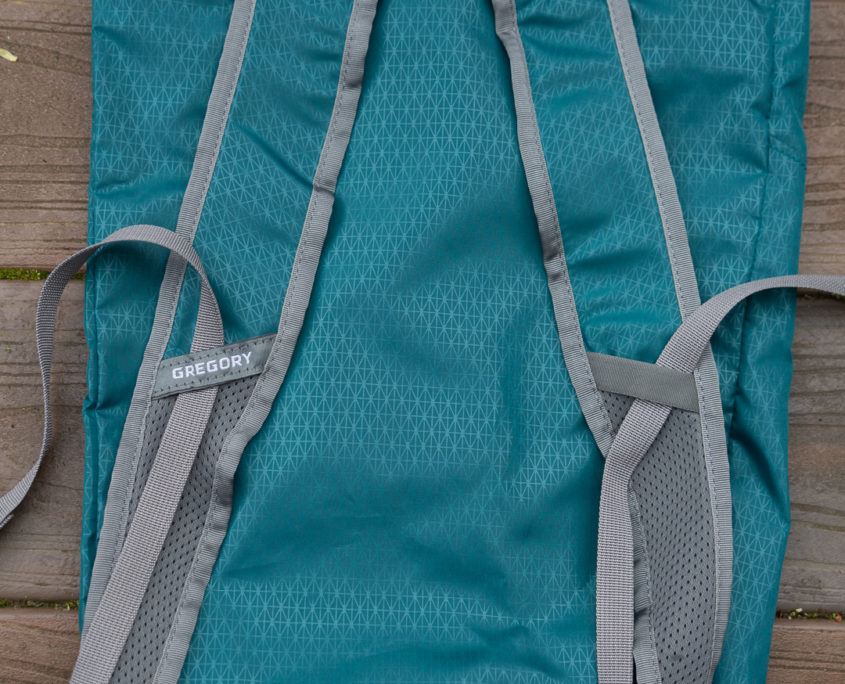 The main downside to the Deva (and similar packs, for that matter) is that no matter how you use it, it will always be more bulky and heavy compared to many contemporary ultralight packs available today. While the pack was overall very comfortable, despite the new suspension system it still felt like I was wearing a traditional backpacking pack. Whereas I’m used to softer and more flexible hip belts and frames, the Deva still felt harder and more rigid against my hipbone. However, as mentioned above, the beauty of the Deva is options.

Overall, those who almost exclusively carry 30 pounds or less may be happier with a lighter and more minimal backpack. However, backpackers who want more storage options or those who participate in varied activities requiring heavier and bulkier gear, with the occasional light overnighter, will be pleasantly surprised by the toughness of the Deva. It’s a great option for anyone looking for a one size fit all backpack for a wide variety of activities. 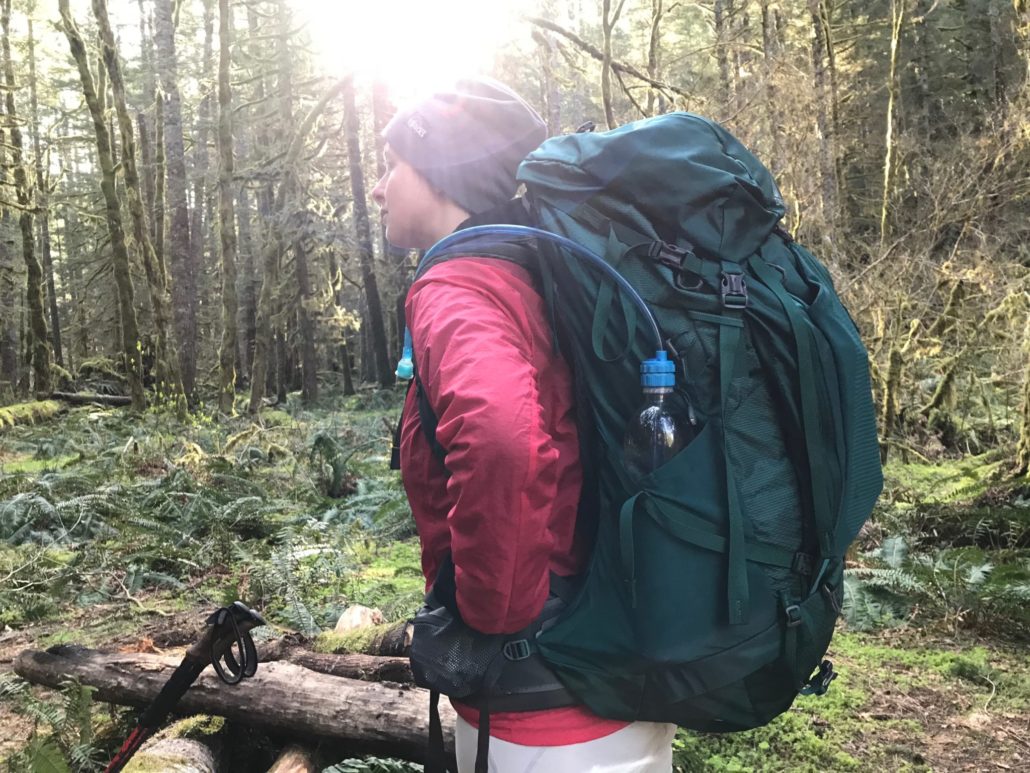