Since we broke the Casey Nocket / Creepytings story last year, we’ve had a lot of time to think about social media and outdoor vandalism. Does social media encourage vandalism in more remote parts of parks? Can social media be used to track down vandals who would otherwise go unnoticed? You can make a case for either but we tend to lean on the side of using social media for good. We’ve seen it first hand here, and we’ve also seen it on the web at large – including the recent case of the California family who allegedly vandalized railings near Oregon’s Tumalo Falls.

A reader who wished to remain anonymous shared photos and a story of a couple who appear to be etching some graffiti into rocks on the South Kaibab Trail in Grand Canyon National Park. 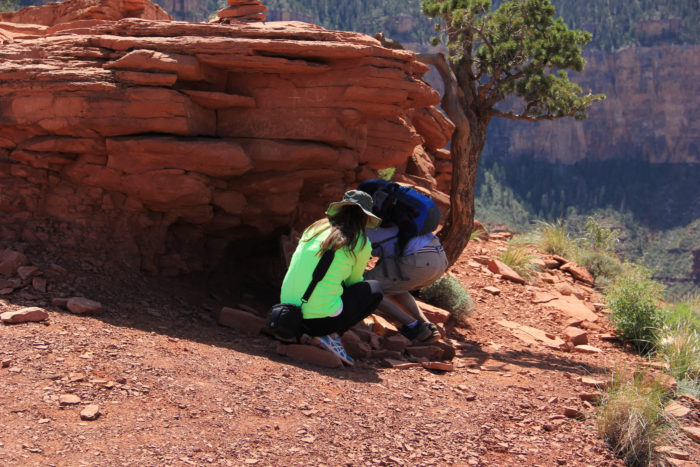 The reader said he encountered these hikers on part of a 5-week tour of the Southwest. He said on the afternoon of April 11th, he saw the couple etching their names in the rocks at N36.06509 W112.09046. The reader told me he didn’t feel comfortable confronting the pair directly because he was solo hiking and far from the trailhead, but that he did follow them back to the trailhead and to the Yaki Point shuttle stop. He called Park Rangers from the shuttle stop to report the incident but the pair had departed by the time the ranger arrived.

Now he’s trying to track down the pair – so at the very least they can pay for the cleanup. From one of the emails he sent me:

We spent 5-6 weeks traveling through 10-15 national parks and monuments, and after a while, it really made us mad to see how shamelessly people would violate the law. I don’t really put these people in the same category as some of the others who you’ve profiled – the damage was really minimal. But at the same time, I think a public shaming is appropriate, at least until they reimburse the taxpayer for the cost of cleaning it up.

We don’t have to tell you that vandalism in National Parks and Forests is a big deal, nor do we have to remind you how sadly common it’s become over the past few years. At the very least, we now have the ability to help overworked and under-funded law enforcement rangers track down people who would otherwise, in all likelihood, go unpunished. And while we agree that this is a relatively minor incident in the grand scheme of things it’s certainly on the same level as the Tumalo Falls incident and we feel if we can help, we should.

So … does anyone know who these people are? 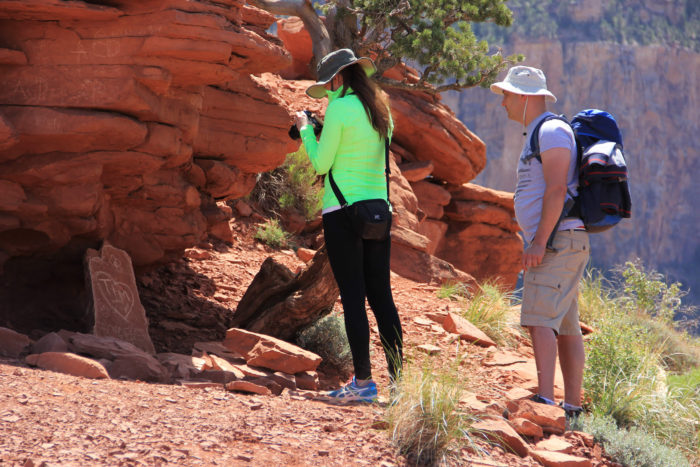