It was only a few years ago that I (embarrassingly) thought The Desert was a sort of sand-strewn purgatory, the kind of place you went to avoid other humans, cough up dust, and die. However, after a transformative trip to Mojave National Preserve, followed by a magical romp in the northern reaches of Joshua Tree National Park, I fell hard for the sweeping vistas, extraterrestrial plants, and spectacular silence that defines these stunning landscapes. 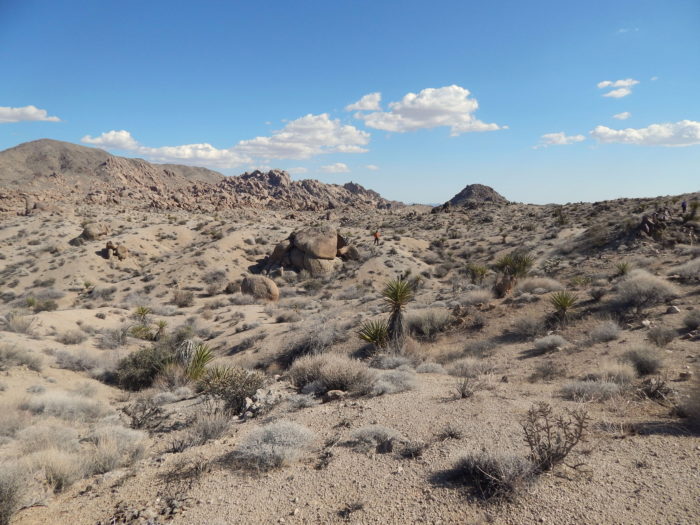 Although I spent time in the Mojave and reveled in the geologic weirdness of Death Valley, I fell hardest for Joshua Tree with its bulging boulders, wind-swept corridors, and gold-flecked history. I’ve hoofed it to plenty of mills and mines, hurled myself up numerous rock formations, enjoyed countless loops around Barker Dam, and ogled enough rusted-out stuff to give the entire West Coast a healthy dose of tetanus, but until recently hadn’t been to one of the area’s most iconic – and mysterious – sites, Carey’s Castle.

If you pop those two words into Google, you’ll see plenty of pictures of some fancy Irish estate – but this Carey’s Castle is actually a tiny homestead tucked into a gap between two mega-sized boulders. It was built by a gentleman miner who wasn’t your typical vagrant or hermit – he actually had a family at home and built this far-out mancave to be near his prospects and enjoy some desert downtime. Hiker code stipulates that this is a sacred place, so you’ll rarely find mention of it in hiking guides, which makes it all the more appealing a destination if you’re into hidden desert stuff…and believe me, I am.

Therefore, spurred on by a sort of Nancy Drew-meets-Indiana Jones sense of adventure, I knew I had to “find” Carey’s Castle. The tradition is that you go with Someone Who Knows. This person will most likely pinky-swear you to secrecy (I was asked by my “guide” not to give specific directions), lending the whole thing a very Goonies vibe. It’s our time out here…out here, it’s our time.

Tradition aside, while you can actually (sort of) locate the Castle on a topographic map, you truly do need excellent navigation and route-finding skills to get there, because the trip takes you across a wide wash into a series of snaking canyons. While we saw one very useless mega-cairn stacked right in the middle of an intersection, the path isn’t as clearly delineated as you might hope – this is a full-on cross-country trip with (fun) boulder obstacles left and right and (less fun) false canyons where you’ll huff and puff until you run into a literal wall, like a rather sun-stroked rat in a lab maze. 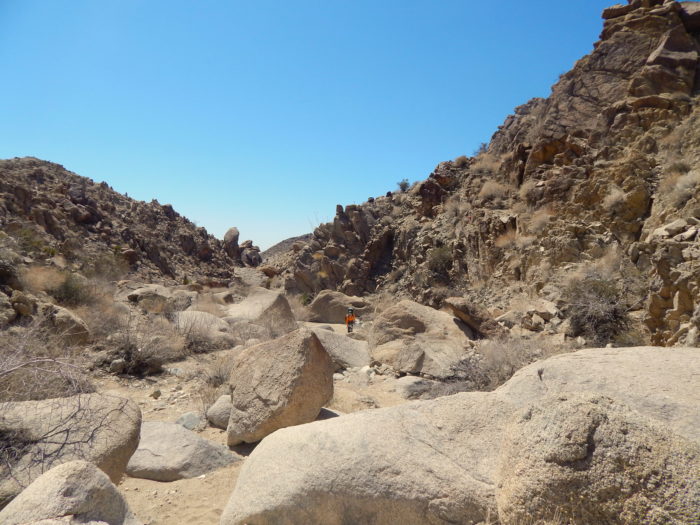 Luckily, we made it through with no problems (other than having to pry several violent cholla segments out of my tender calves) to find we had the place to ourselves. We tossed aside our heavy packs and poked around Carey’s erstwhile estate, full of rusted-out things and dusted-up stuff, marveling at the weird magic of it all. 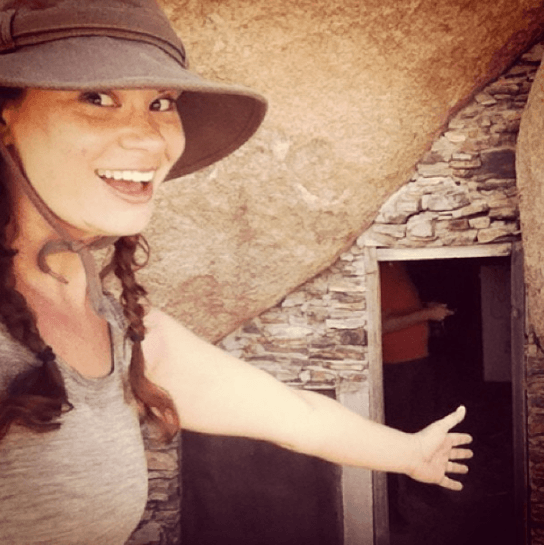 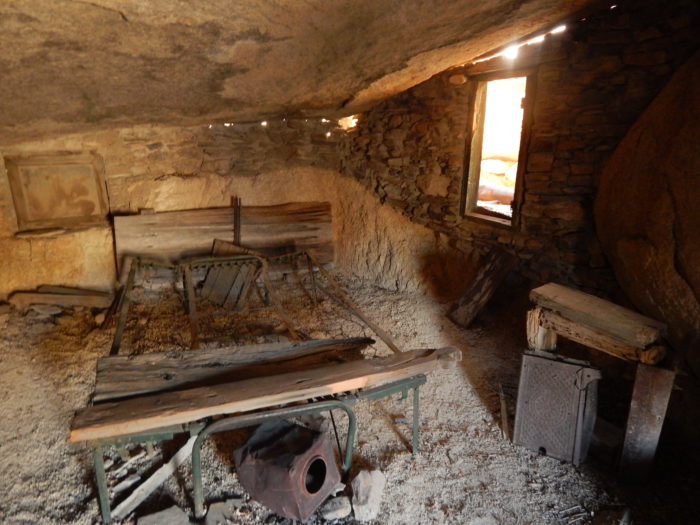 That night under a sparkling sky, with no sound other than the occasional rustling of my fellow campers, I felt completely content, settling in with a day’s worth of childlike wonder – that simple joy of striking out to discover something you didn’t know was there, or perhaps thought you’d never see. Yes, you can find GPS coordinates and maps and directions to Carey’s Castle online – and you don’t even have to look all that hard for them – but there’s something to be said for maintaining the campfire mystique of this sandy hideaway in an age where everything is exposed at the click of a button.

And there’s something to be said for childlike wonder. 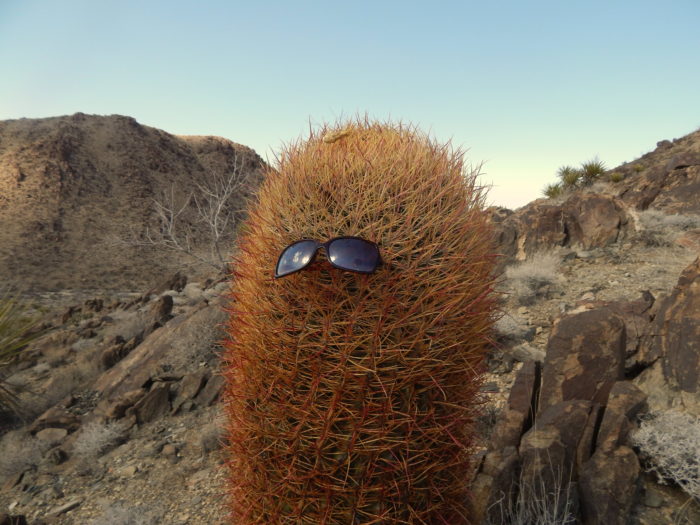 If you go: Bring a topographic map and know how to read it. Similarly, bring a compass and know how to use it with the map. Carry a lot of water – there is none available on the trail. I brought 8 liters for an overnight and drank every drop. Tote a multi-tool or fork to yank out the inevitable cholla chunk; since this is a cross-country hike, the place is littered with pokey stuff. Be aware of and avoid walking on the cryptobiotic soil – this is a living crust that provides a foothold for the plantlife in the area; our footsteps destroy this. Take only memories – there used to be a lot more artifacts in the Castle, but people have absconded with them over the years. There also used to be a door guarding the entrance – that was vandalized and was removed by the Park Service. And of course, as always – carry your Ten Essentials and Leave No Trace!