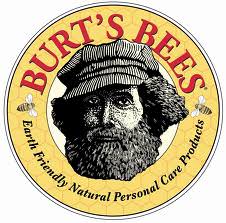 The next time you’re looking for some chapstick, you may want to consider heading for the stuff with the big bearded dude on it. You may be helping create a new National Park!

Roxanne Quimby, the co-founder of Burt’s Bees, has been quietly buying land near Maine’s Baxter State Park for some time now. Eventually, she amassed over 120,000 acres of woodland and started getting a bit of flak from the locals when she banned hunters, loggers, snowmobiles, and ATVs from the property.

Instead of digging in and fighting, Quimby announced her intentions – to donate 70,000 acres to the National Park Service on its 100th Anniversary for the formation of a new Maine Woods National Park, which would be the first new large-scale National Park created since the Carter administration. An additional 30,000 acres would be turned over to Maine as a state park, where hunting and snowmobiling would be regulated (the article on Boston.com makes no mention of the remaining 20,000 acres, but I imagine it’d make a very nice place for a retirement cabin).