A short but strenuous hike up a steep set of stairs just south of Ballona Creek in Culver City for some fantastic views of the surrounding landscape. This small park is popular with fitness-types sweating and jogging up the incline multiple times, as well as shutterbugs who set up shop on the overlook – especially on clear days. A great place to do a bit of training for larger hikes or just as a good excuse to get some exercise if you’re in the neighborhood.

I’ll admit, the Baldwin Hills Scenic Overlook isn’t much of a hike in the ways that most people would think of hiking – but it is a great little pocket of green space that’s accessible by car, bike, or via the Expo Line.

Although it’s easy to pass this park on Jefferson Blvd. as you drive by, it’s hard to miss the park’s entrance – as the park’s only a few years old everything is in really great shape. On the weekends and nice weekdays, prepare to see a lot of people down at street level, steeling themselves for the ascent or huffing and puffing after running down from the top of the overlook. 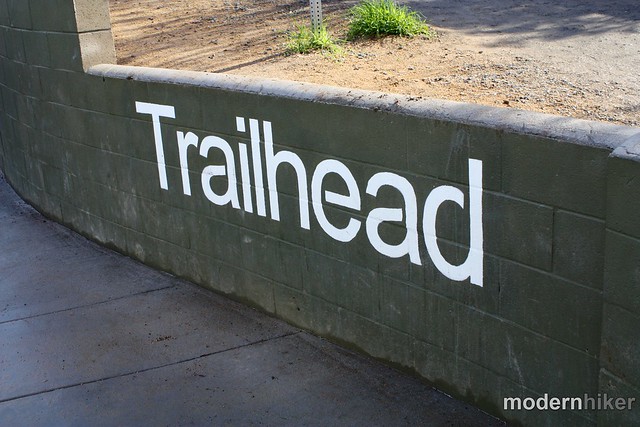 The trail starts off with a small interpretive sign that gives you the park’s mission statement and a map showing you the two routes to the top of the overlook – a meandering, mile-long set of switchbacks or a shorter, steeper staircase. Round the first switchback and then turn your attention toward the monstrous set of stairs … 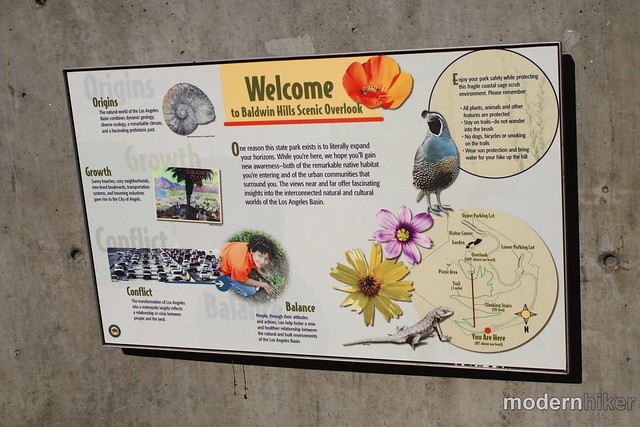 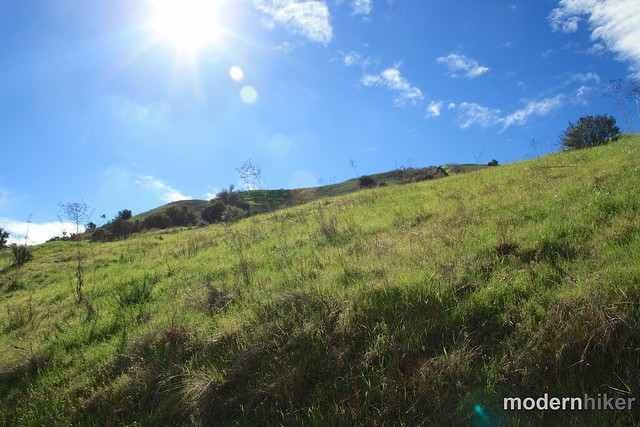 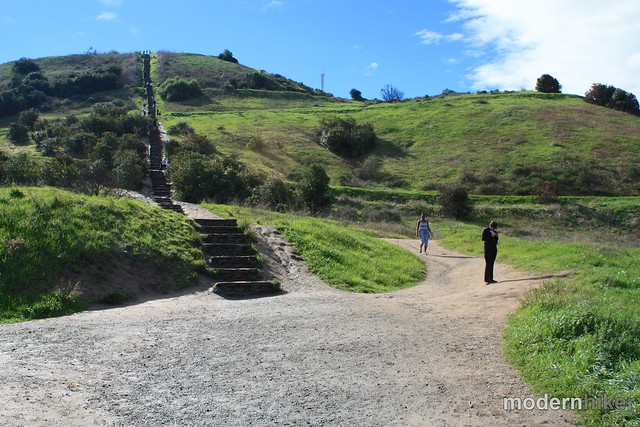 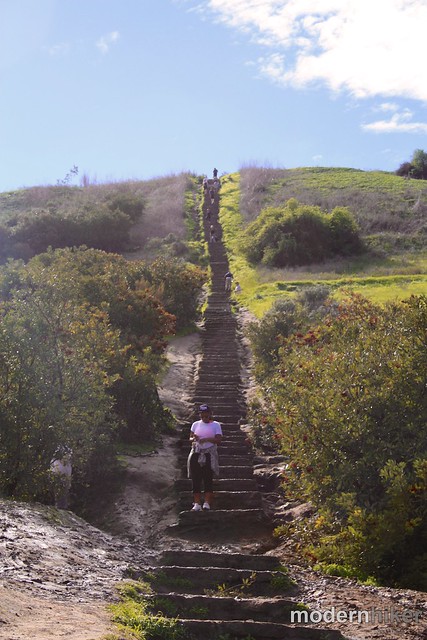 Man oh man is that a staircase.

On my Facebook page, a reader described these stairs as “miniature walls.” They were right. These steps are significantly higher and more spaced-out than your standard staircase, and in my opinion they’re a bit more relentless than the staircase at Runyon Canyon in Hollywood.

Get ready, stretch out, and start your climb … and don’t feel bad about taking a break once in a while, either – you’re ascending 260 feet in about .15 miles.

If it’s a clear day, you’re in for a treat when you get to the top – phenomenal views of the L.A. basin, the San Gabriels, Santa Monicas, and Palos Verdes roll out in all directions in front of you. The park’s mission is to help locals get a better idea of their complete surroundings, and this viewpoint really does help accomplish that. 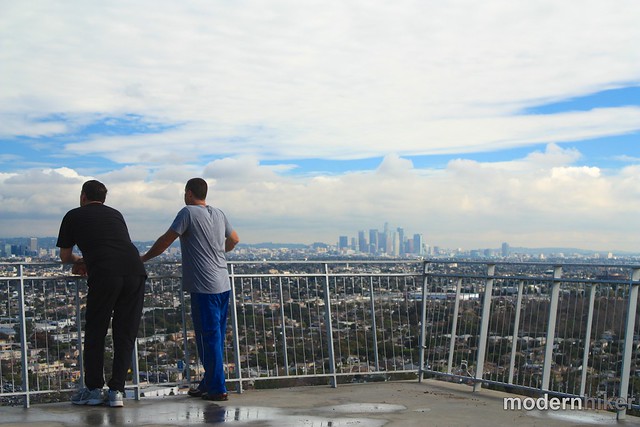 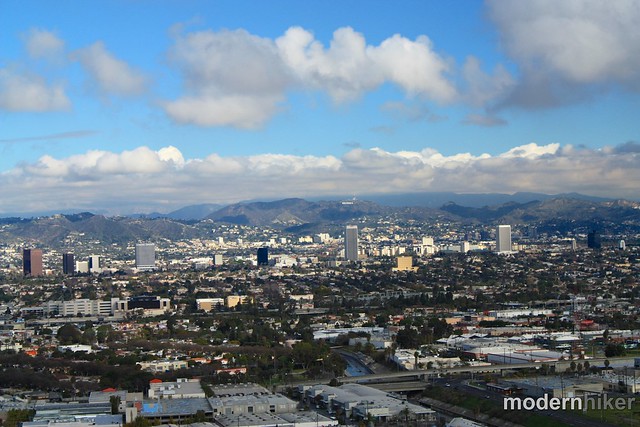 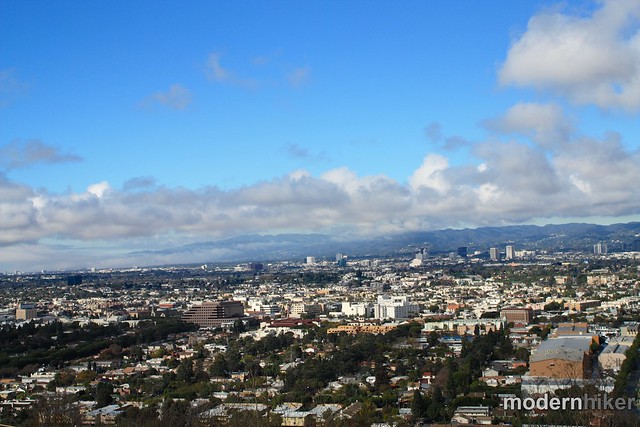 Once you’ve soaked in the views, walk around the overlook to the south side, where you’ll see the very fancy looking visitor center. 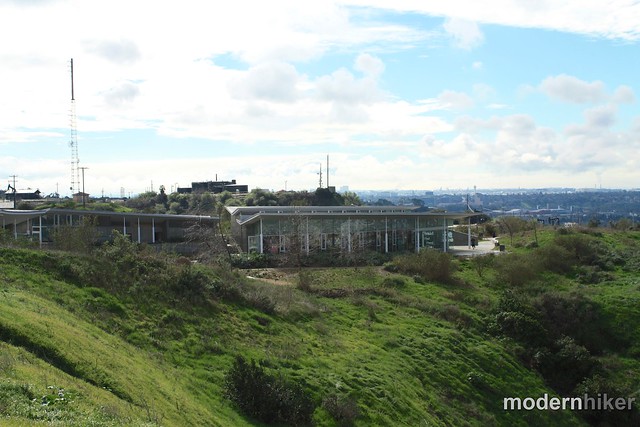 Unfortunately, due to the ongoing and seemingly never-ending state park budget shortage, the visitor center is only manned sporadically and it may not be open when you’re here. Their web site says the center is open Fridays and Saturdays through February when volunteers are available but doesn’t mention when it’s open after February.

On your way to the visitor center, look for a trail that departs heading east, wrapping around the park’s high-point. This will put you onto the switchback trail to descend back to the trailhead, and the mile distance will seem significantly easier than the stairs – and it gives you more chances for great views of the city around you. 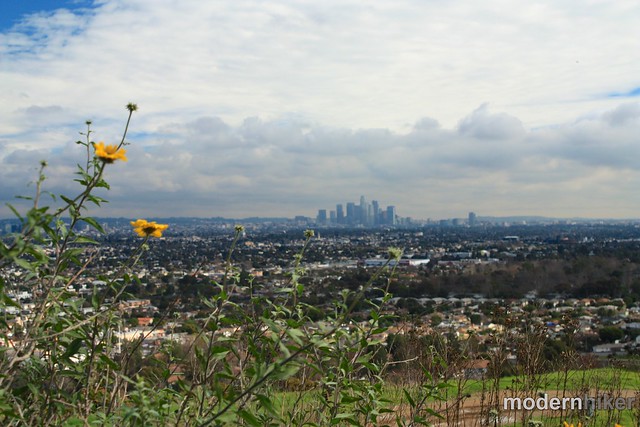 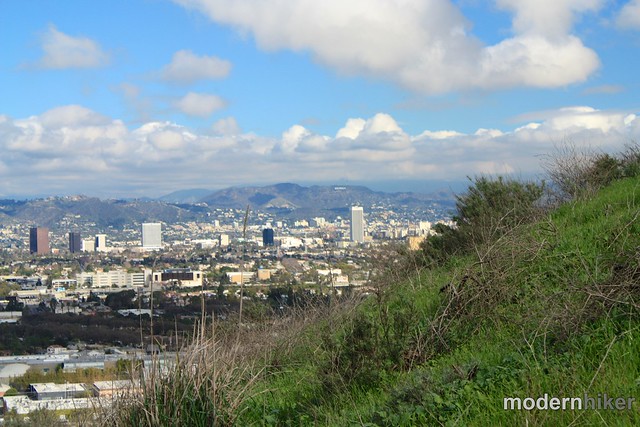 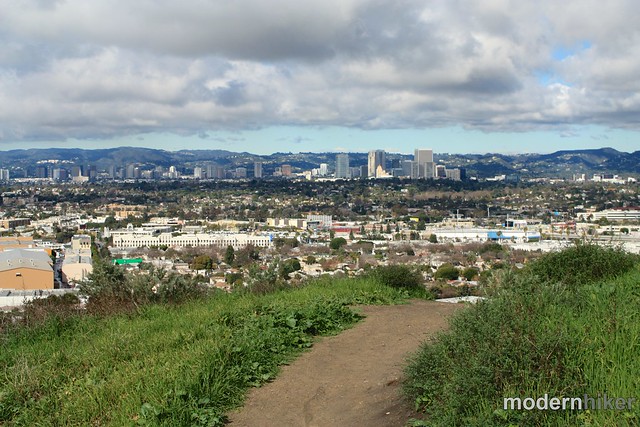 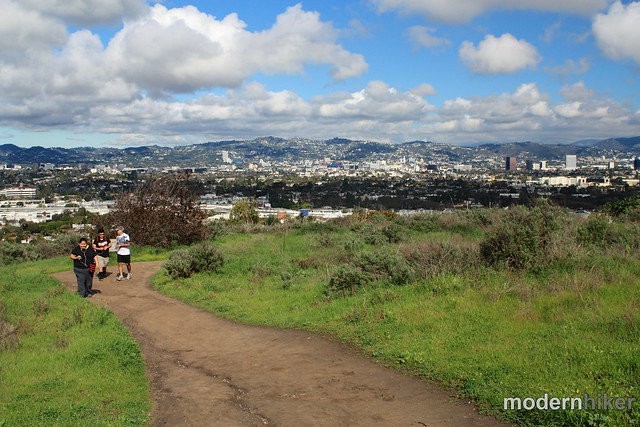 Continue switchbacking down for a mile until you return to the trailhead.

If you’re here for fitness’ sake, consider making a second run up the stairs – or if it’s a weekend or holiday between 8AM and 6PM, hop on the Metro Shuttle and take a hike in nearby Kenneth Hahn State Recreation Area.

Excellent. There isn't really anywhere you could get lost here, but there are some switchbacks that have been cutoff with use-trails.

From the east, take the 10 westbound and exit at La Brea Avenue. Head south on La Brea for 1.1 miles, then turn right onto Rodeo Road. Continue on Rodeo for 1.2 miles and turn left onto Jefferson Blvd. Continue on Jefferson for 0.3 miles and look for the lighted intersection with Hetzler Road. From the west, exit the 10 at Robertson toward Culver City. Take a left onto Venice Blvd. and a quick right onto National. Stay on National for 0.7 miles and continue. Transit accessible.

just moved here and have been looking at that green hill....thanks for the write-up. now I'm convinced I need to make some time to go and check this out!

This place is an awesome workout. Killer, but well worth it. The view is best on clear days and it's absolutely amazing what you can see from the top.

I still awake in a cold sweat sometimes from nightmares about that staircase... ;)

It is a pretty awesome workout, actually, easily on par with the dune down in Manhattan Beach. Sad that they haven't figured out some way, with volunteers or something, to open that nice visitor center more regularly. Always wanted to go inside whenever I peeked through the windows...