The Barker Dam loop is a small, short nature trail that winds through an impressive series of boulders at the southern end of the Wonderland of Rocks. This is a very popular area for both hikers, strollers, and rock climbers alike — and for good reason. The path is easy, the elevation gain is negligible, and the scenery is outstanding. Plus — there aren’t many other places where you have the chance to see some beautiful reflections of the Joshua Tree rock formations in still water. 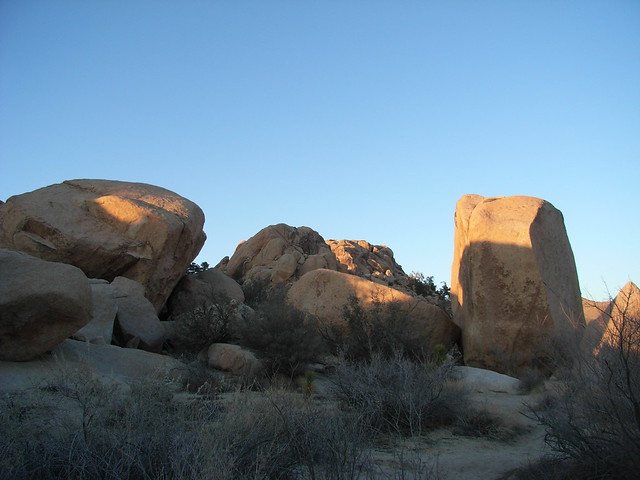 When starting this route from the parking area, be sure you’re following the path that heads toward the large boulders from the restroom area. There are several side trails here that are used by climbers as well as those who are cutting across some desert washes on their way to Wall Street Mill.

Soon you’ll find yourself walking down a narrow canyon, closed in by high boulder walls on all sides. The effect is striking, but not at all claustrophobic. These aren’t slot canyons, by any means. But if you look up on either side, you may find some of the more adventurous hikers trying their hand at scrambling up the monzonite. 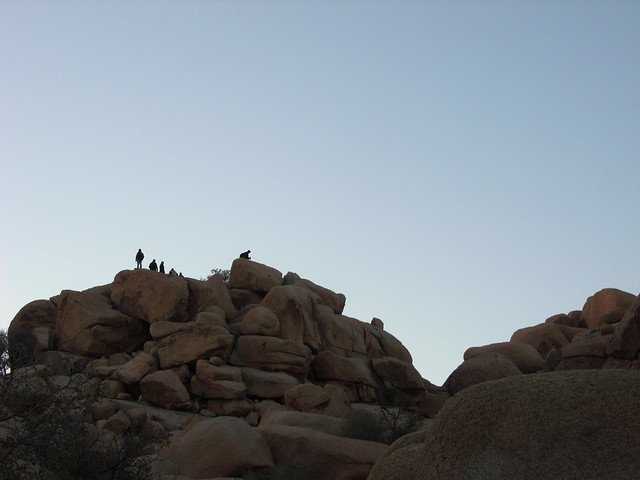 The trail continues on for a short distance, making a few small climbs, then finally reaches the Main Attraction — Barker Reservoir. Built upon a natural water tank, the original Barker Dam was built higher by the Keys family while homesteading during a wetter period of the Mojave Desert’s history, and now whenever it rains, a picturesque lake forms in the middle of these desert rocks. The original settlers used it for irrigation and cattle. Now, it makes for some great Kodak moments. 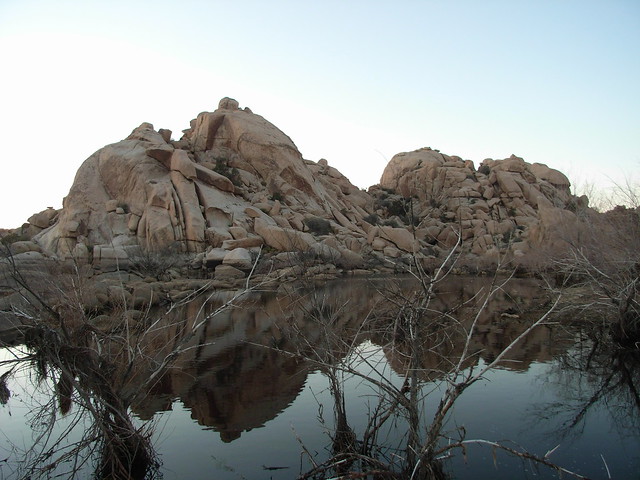 It goes without saying that the amount of water behind Barker Dam depends on the amount of winter precipitation the region has received. When I first visited the area in 2005, the lake was almost filled to the brim. Several years afterward during droughts, the lake had almost dried to non-existence. After a solid wet winter in 2016-2017, the lake was about 3/4 full. You can spot the distinctive ‘bathtub ring’ discolorations on the rocks to see what the high water mark used to be: 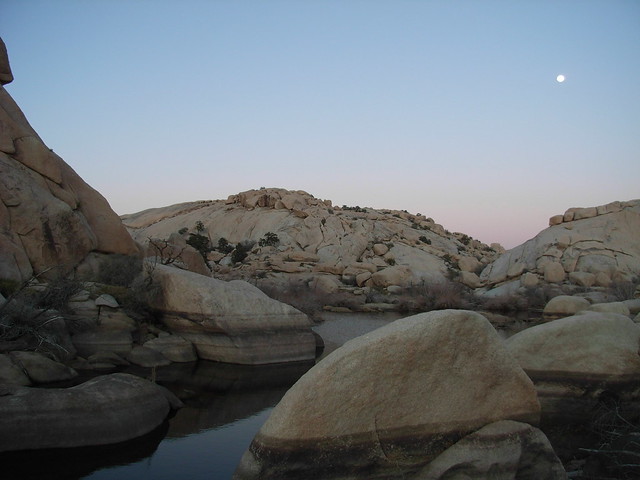 Nearby, you can spot the dam itself — topped with a handwritten inscription by the Keys clan, and a still-standing cattle trough at the base of the dam. 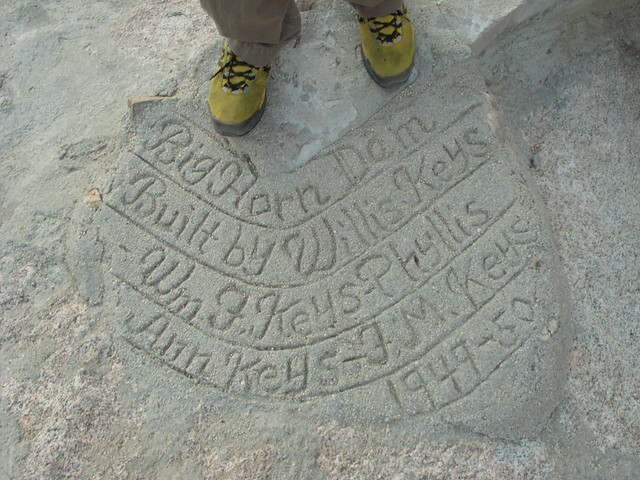 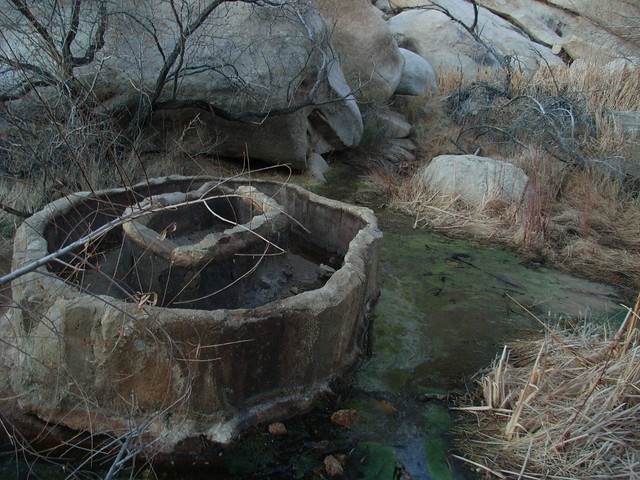 From here, the nature trail opens up into a wide, flat valley, surrounded by the trademark rock formations of Joshua Tree on all sides. The trail makes a wide circle through the valley, passing several interpretive plaques along the way. There are also some well-marked petroglyphs which, unfortunately, were painted over to make them more visible.

If you’re doing this trail on your way out of the park, like I did, enjoy the solitude you’ve probably got in this central valley. It’s a great place to watch the first stars start to appear during sunset. 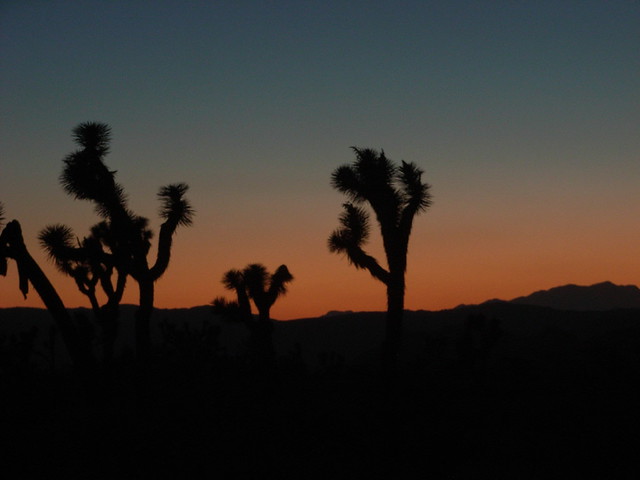 If this trail isn’t quite enough for you, consider tacking on the nearby loop to Wonderland Ranch and the Wall Street Mill.

Very good - there is a nature trail that leads to the dam and loops through some of the old Keys Ranch land. Although some trails are not marked, it is very easy to follow and usually has other people on it. If you skip the short side trail

From inside Joshua Tree National Park, turn off Park Blvd. toward the Hidden Valley campground. Pass this campground and the road to Keys Ranch. There is a circular parking lot at the trailhead. This trailhead can get crowded, especially on weekends. Try to get here early if you want to hike in the area.

A favorite JT hike of mine. There are some nice petroglyphs up on a rock wall about 2/3 of the way along the trail (just off the trail, actually - very easy to miss).

the sceneries blend very well with your photography skills! what a creative piece of work!