One of the most popular hikes in Sequoia National Park does not feature any sequoias at all. Instead, it offers a serene stroll up a glacial valley to a 1,200 foot cascading waterfall that fills a large granite amphitheatre with a hearty roar. Along the way are numerous tranquil scenes of the Kaweah River framed by conifers against a backdrop of towering granite cliffs. The river, which moves far more placidly away from the falls, also offers a number of swimming holes during peak summer times, and it’s not uncommon to see children splashing around in the places where the river slows down. Finally, wildlife sightings, including bear, deer, and marmots are common through the forested sections of the trail. 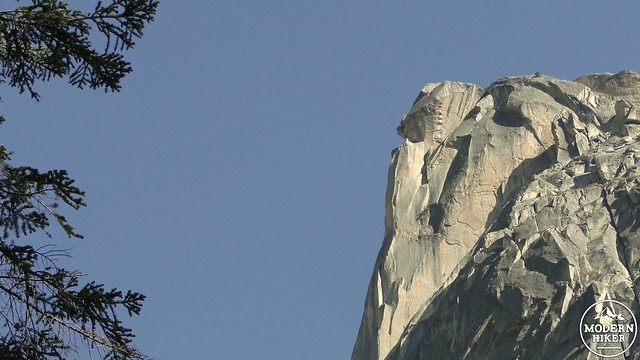 The village of Lodgepole is the main hub of activity for Sequoia National Park. Here, you will find a visitor center offering information, maps for sale, and backcountry permit pick-up. You will also find a market, a restaurant, showers, a movie theater screening informational documentaries about the park, the maintenance facility for the park’s shuttle fleet, and numerous service buildings associated with the campground. The campground itself is a huge, sprawling affair with sites interspersed within the forest along the banks of the river. The campsites here are placed close together, offering little to no privacy. This is not the nicest campground in the park, but it is an acceptable base from which to explore the surrounding areas, including Giant Forest, Wolverton, and Crystal Cave. 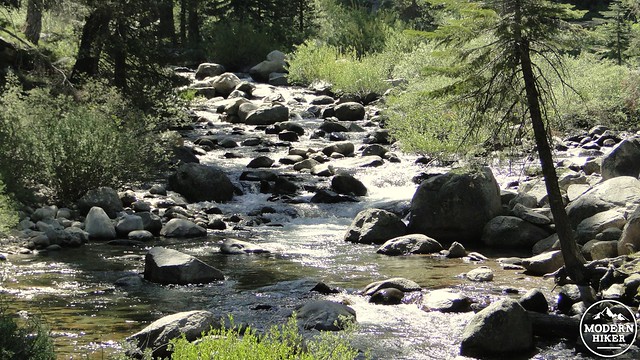 While Lodgepole can become quite crowded, especially on summer weekends, it pales in comparison to the virtual city that has been plopped down in the middle of Yosemite Valley. And despite Tokopah Falls being one of the most popular sites in the park, its traffic also pales in comparison to the falls you might see in Yosemite. The relative lack of visitation at Sequoia probably owes itself to the fact that it is not a rock star in the way that Yosemite is. Sequoia lacks the world-famous rock formations, towering vertical falls, and expansive development. So, despite saying that Tokopah is heavily visited, you are still likely to have long, quiet stretches as you travel away from the campground and further into the valley. And even when you see people, it is likely to be nothing compared to Yosemite’s Mist Trail or Yosemite Falls Trail. 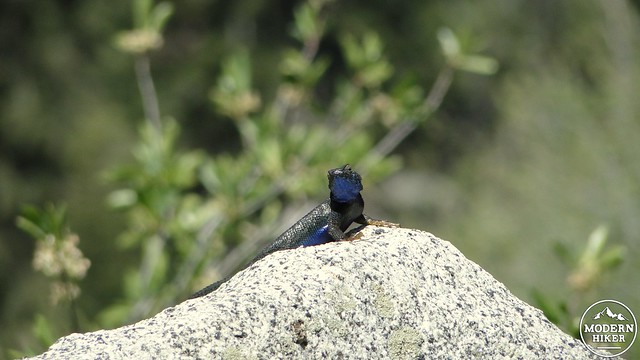 After parking your car in the large overflow lot just past the entrance kiosk, make your way due east toward the main campground. To the right is a bathroom building that has a faucet pumping out cool, clean drinking water. This is a good place to tank up; the river water may look immaculately clean, but due to the number of people splashing around in it and the park’s report of giardia present in the main watercourses, water from the river should not be consumed untreated. Just past this building is a bridge crossing the river. Cross over the bridge, perhaps stopping to play a few rounds of Pooh Sticks, and you will immediately find the signed trailhead for the Tokopah Valley Trailhead immediately on the right. 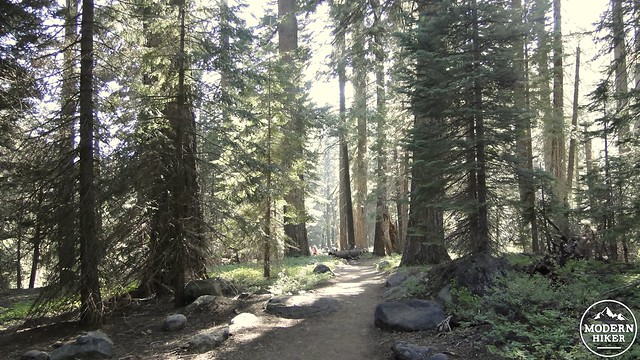 The trail from here is a straight-forward, gently climbing affair that features no junctions along its 1.9 mile length. The trail gains a gentle 600 feet, which you will rarely notice except at a handful of spots where the trail climbs over granite slabs. The Marble Fork will remain to your right for the duration of the trail, providing a background for the soundtrack of birds and wind ruffling the pine needles above you. After the trailhead, you immediately plunge into a rocky, open woodland that alternates with denser patches of forest and small, sunny meadows. You won’t see any sequoia trees here, but the forest is still lovely. 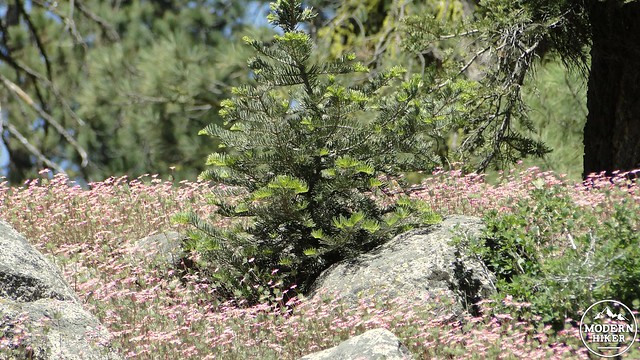 As you continue on, keep your eyes peeled for various opportunities to enjoy views out over the river. You may notice a number of different spots that appear to make nice swimming holes or that feature tumbling cascades feeding into deep pools. On a hot summer afternoon, these swimming spots are beyond tempting, although one should be mindful never to swim above a cascade. One should also be mindful not to swim during the peak run-off season from May to early July, depending on the amount of precipitation over the past winter. The river may look placid at times, but it can be deceptive and dangerous in many spots, as the signs posted at the beginning of the hike will attest. The Marble Fork drains a substantial portion of high country that holds many feet of snow from October into June. When this snow melts, it comes pouring down the valley’s wall, where it remains ice cold and dangerously swift. Drownings have occurred here due to the river’s swiftness. If you’re going to swim, it’s probably best to wait until the later part of the season through mid-July into September. 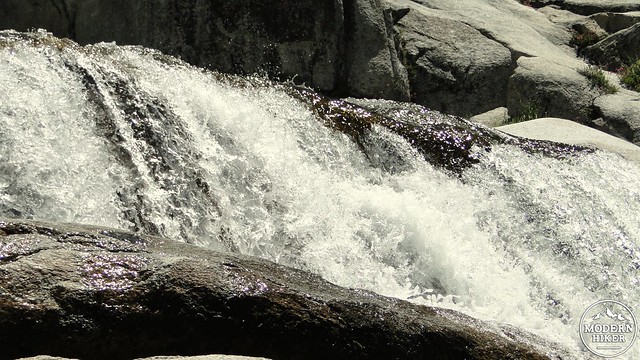 A cascade in the river

At the points where the trail approaches the river and the trees give way long enough to afford views down canyon, you may notice a towering granite cliff in the near distance. This is the Watchtower, and its vertical cliffs recall some of the more massive cliffs and granite formations in Yosemite and Kings Canyon. Like those aforementioned canyons, Tokopah was carved out by glaciers over various ice ages. Notice the U-shaped formation of the canyon’s walls as opposed by the V-shape canyons caused by river erosion. In the case of Tokopah Valley, glaciers descended along a fault or pre-existing depression, after which they gouged out huge chunks of rock, which were carried along by the ice. You may notice a number of large boulders that were seemingly dropped out of nowhere. These are called “glacial erratics,” and they were carried along by the ice until the ice melted, at which point they were left behind on the valley floor. 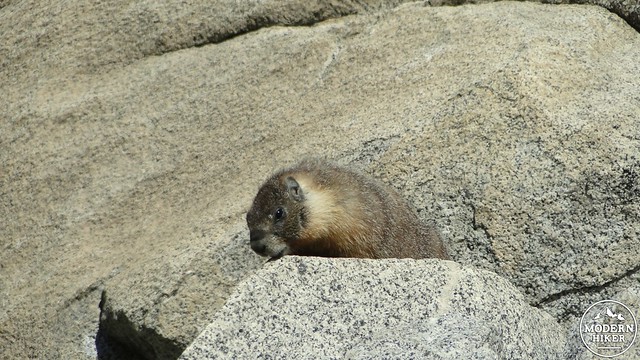 At about 1.5 miles, you get your first glimpse of the falls tumbling down the end of the canyon. At this point, the tree cover will begin to thin out. Conifers give way to small groves of black oaks and chaparral protruding out of a number of boulders. The boulders increase as you come to a rocky section that winds through numerous crags and overhanging rocks. You’re likely to see a number of marmots here. Ceanothus produces a wonderful honey aroma during late spring, while numerous wildflowers will shoot out of cracks in the boulders. Even better, the lack of tree coverage means full views of the falls. The views of the falls here are better than they are up close since the falls cascade over a long distance. The top portions of the cascade are not visible from immediately below the falls. 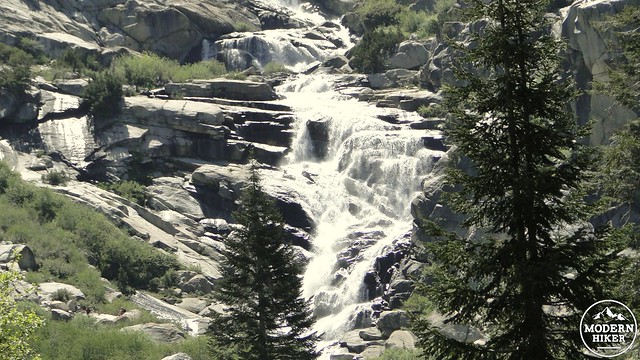 Continue on to the terminus of the trail, which ends at a large rock pile at the base of the falls. There are a number of places to sit and soak in the scene around you, preferably over delicious, salty snacks. From here, you can get a full appreciation of the U-shape of the canyon. Additionally, the lack of tree coverage allows better views of the surrounding amphitheatre rising several thousand feet above your head. The Watchtower looks appropriately massive and imposing from this angle, while the other cliffs towering above are severe and austere. While you enjoy your snack, watch out for the marmots. They may be cute, but they will steal your food as soon as you look away. They are bold little buggers. 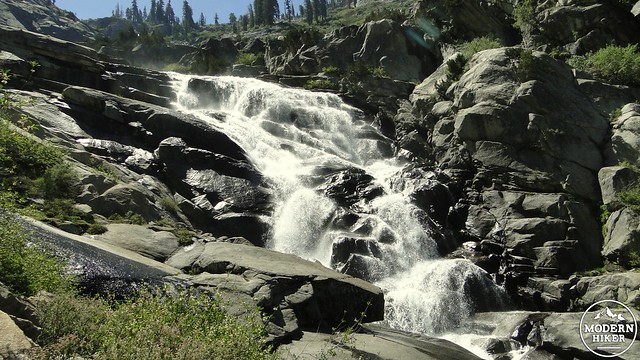 After you’ve taken in your fill of waterfalls and glacial valleys, begin hiking back the way you came. Again, there are no junctions to take or decisions to make. All you need to do is remain on the same trail, and you will end up back at the parking lot. However, you may wish to keep your eyes peeled for two things on the return journey. The first is bears. On three of the last four trips through this valley, I have seen at least one bear, although frequently it has been a mom with a couple of cubs. You’re most likely to see bears grazing for food in meadows. Generally, the mother will be foraging while the cubs romp and roughhouse. If you’re not good at spotting wildlife, at least keep your eyes peeled for bear jams wherein people will congregate and watch bears while trying to take pictures. 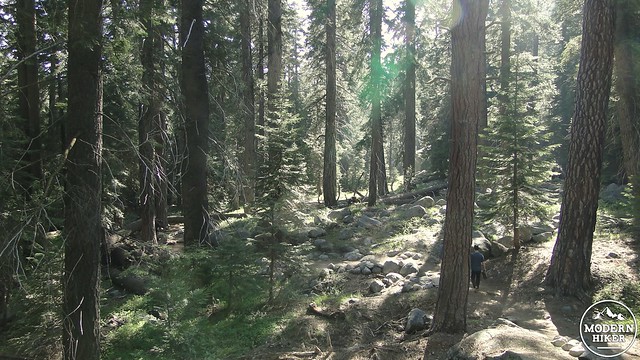 The forest in the valley

The second thing to look out for is a nice little cascading waterfall where the river hits a rocky patch. To get here, you will have to scramble up over a large granite slab that may be carpeted in tiny pink or blue flowers in early summer or late spring. You will notice on the GPS track that there is a small diversion off trail. This diversion leads to the aforementioned cascade. This is a great place to stop and relax. In fact, there are countless places to stop and relax on this trail. Even though the hike can be done in an hour and a half, the most enjoyable way to go is to pack snacks and stop anytime you see a nice place to lounge or splash around. 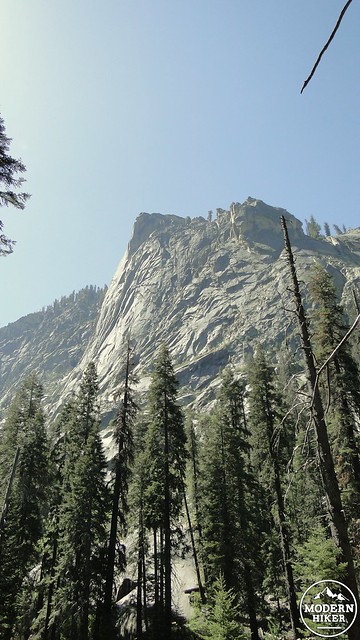 The Watchtower from a clearing near the river

– This hike is accessible by shuttle, which stops and leaves from the overflow parking lot near the bathrooms and drinking water. The shuttle usually runs between 8 am and 6 pm, and it connects to Sherman Tree, Wolverton, Wuksachi Lodge, Giant Forest Museum, Moro Rock, and Crescent Meadow.

– Nearby Lodgepole Campground is an acceptable base camp for exploration in the park. It runs on a first-come, first-serve basis until toward the end of June, at which point it opens for reservations. The campground is usually booked solid, so if you wish to stay here, it’s best to book in advance.

– Other campground options include Buckeye Flat and Potwisha in the foothills (hot and far from the forest), Dorst Creek (also large and crowded and subject to shutdown during droughts), as well as National Forest campgrounds at Upper and Lower Stony Creek, in addition to a number of other sights in the Lake Hume/Grant Grove area.
– If you plan on playing in the river, please consider using water-safe sunscreens. The water here is sparkling and pristine, and the last thing anybody wants to see is an oil slick. 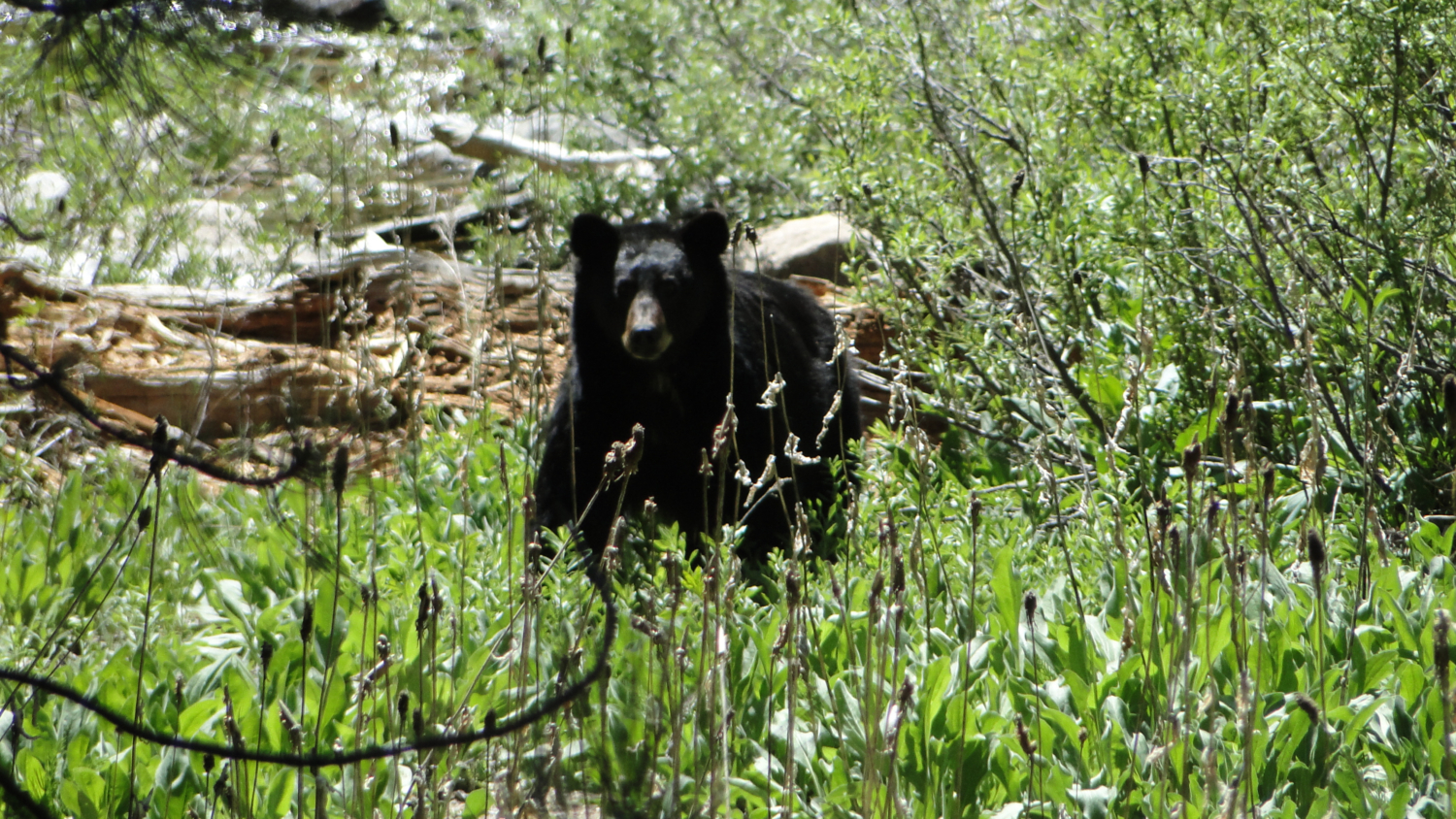 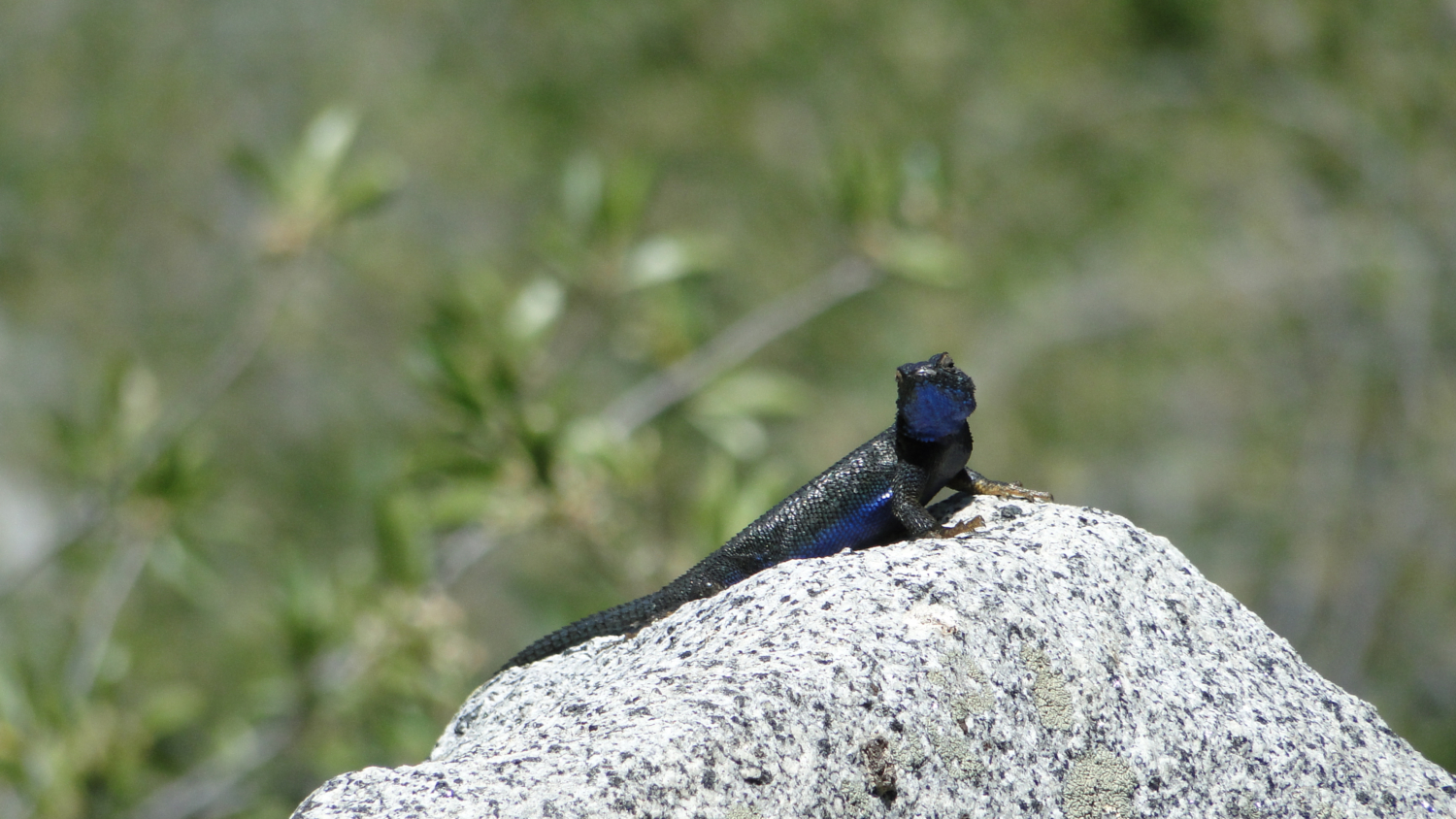 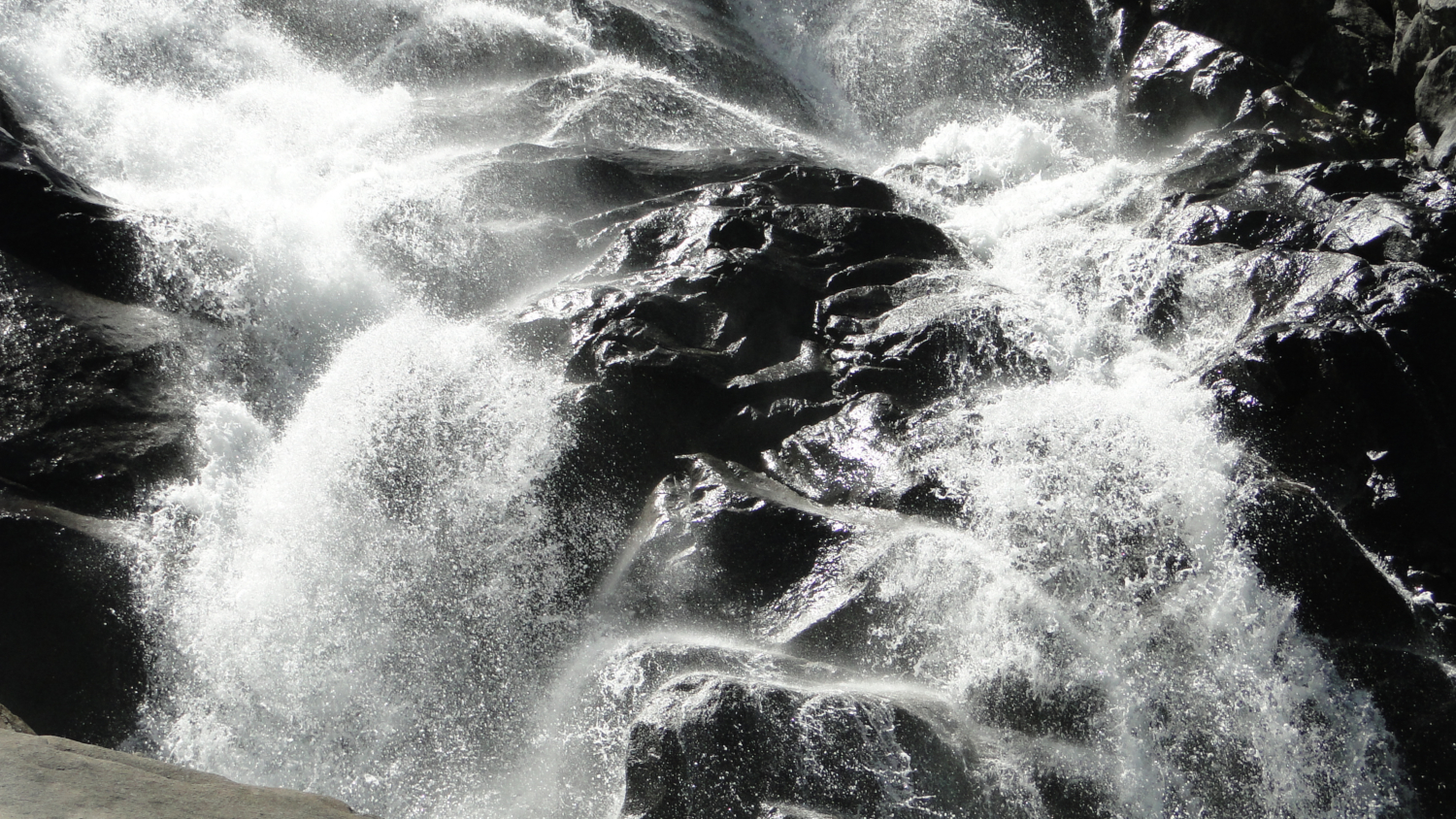 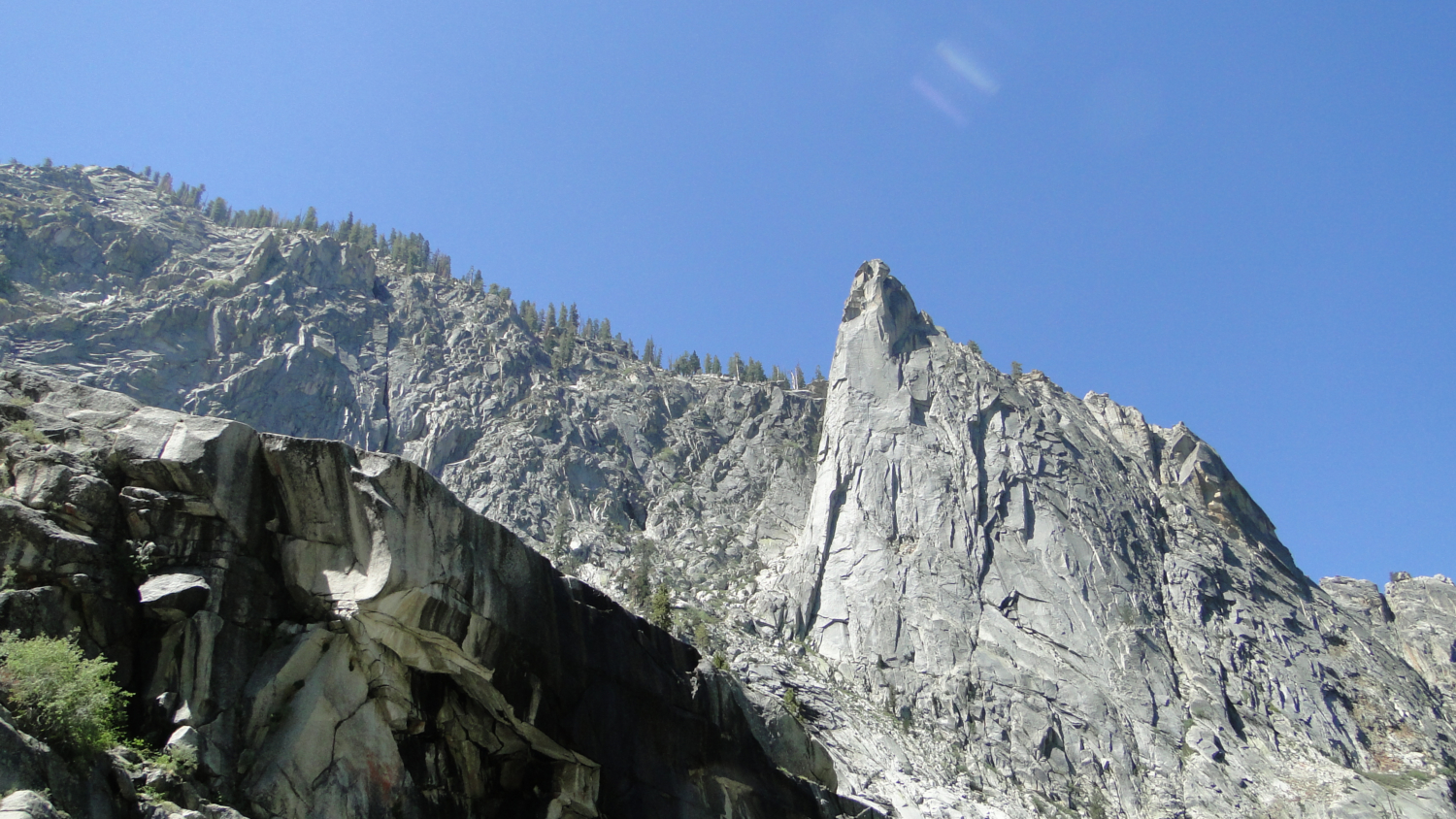 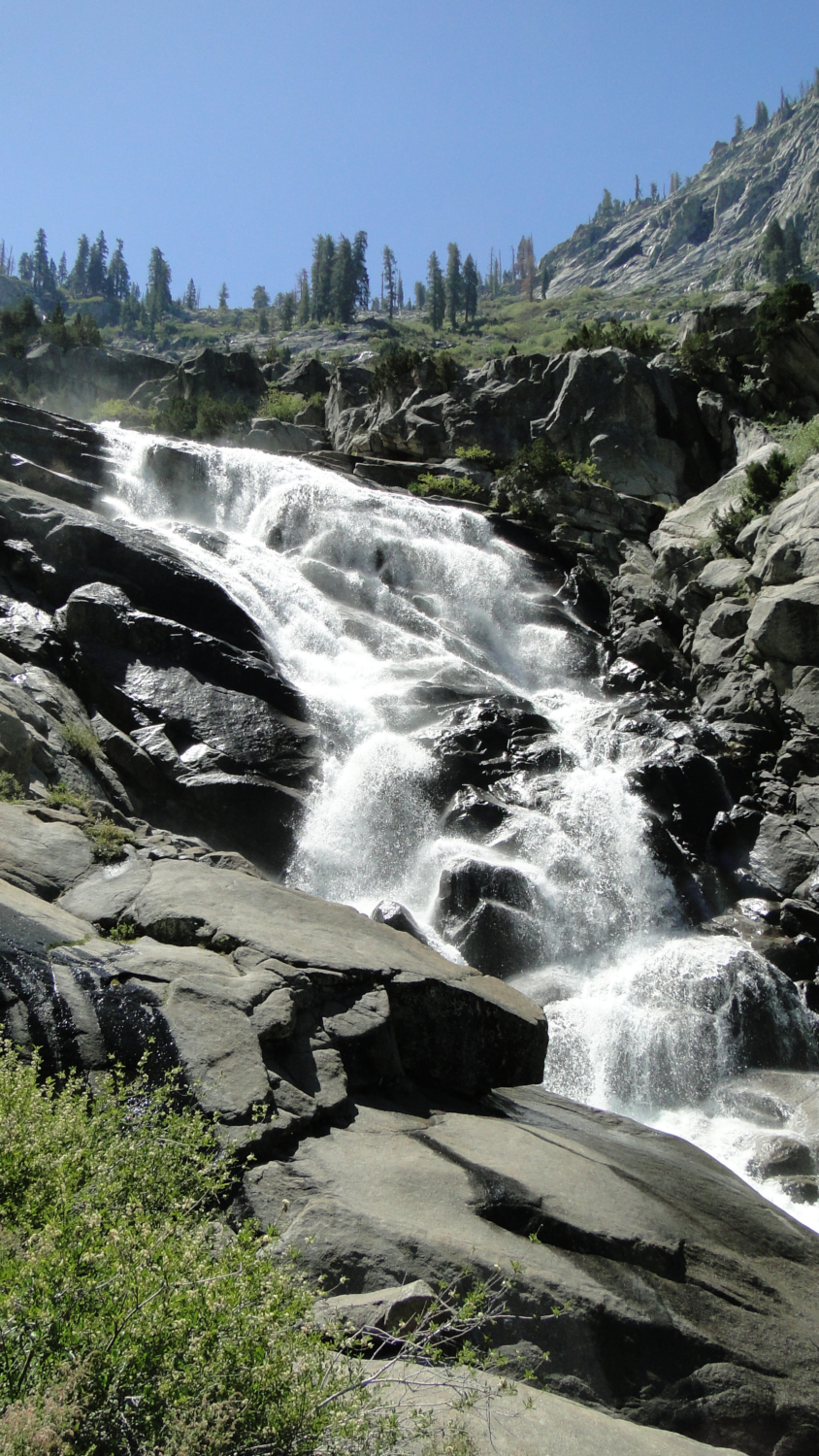 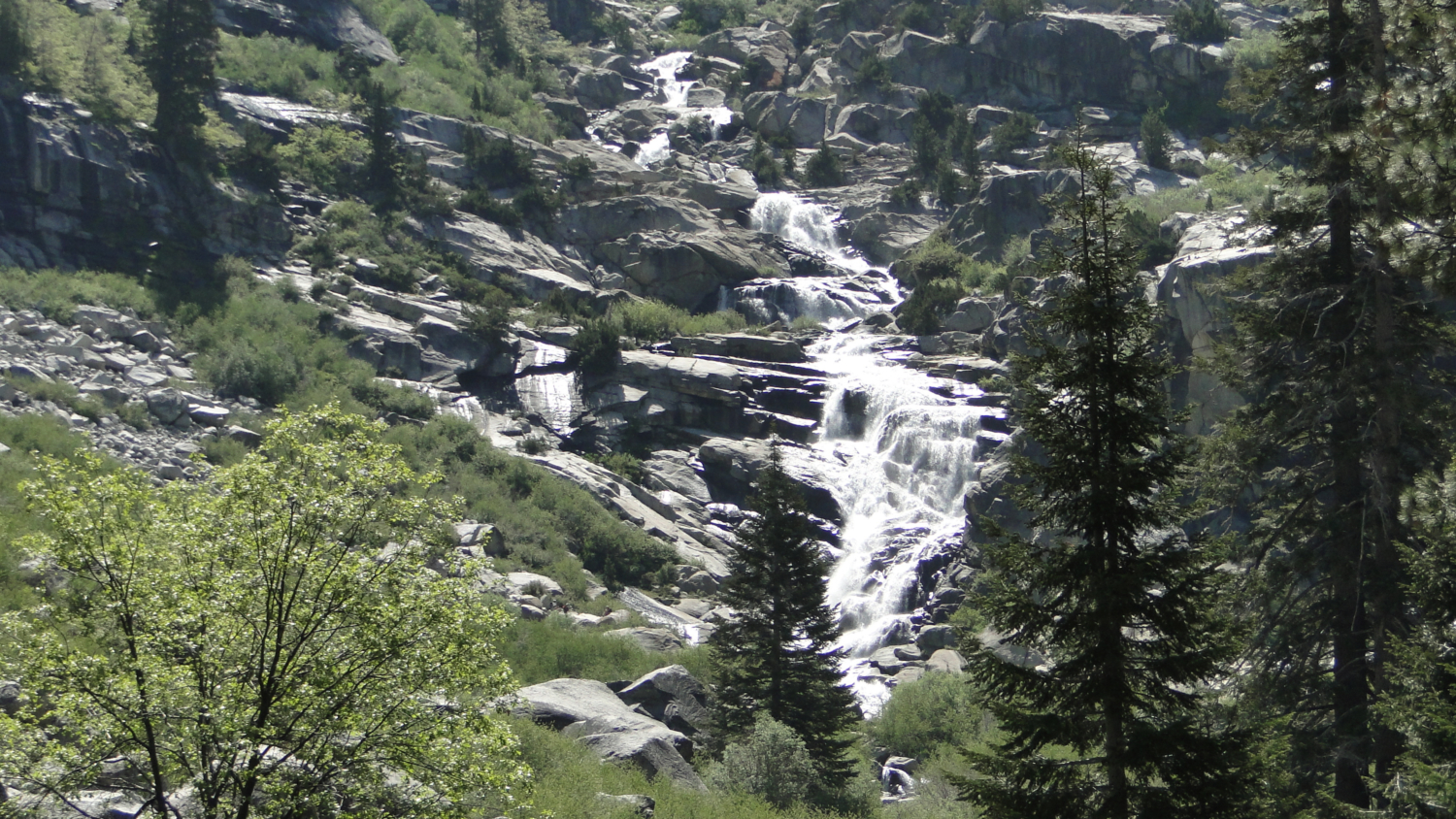 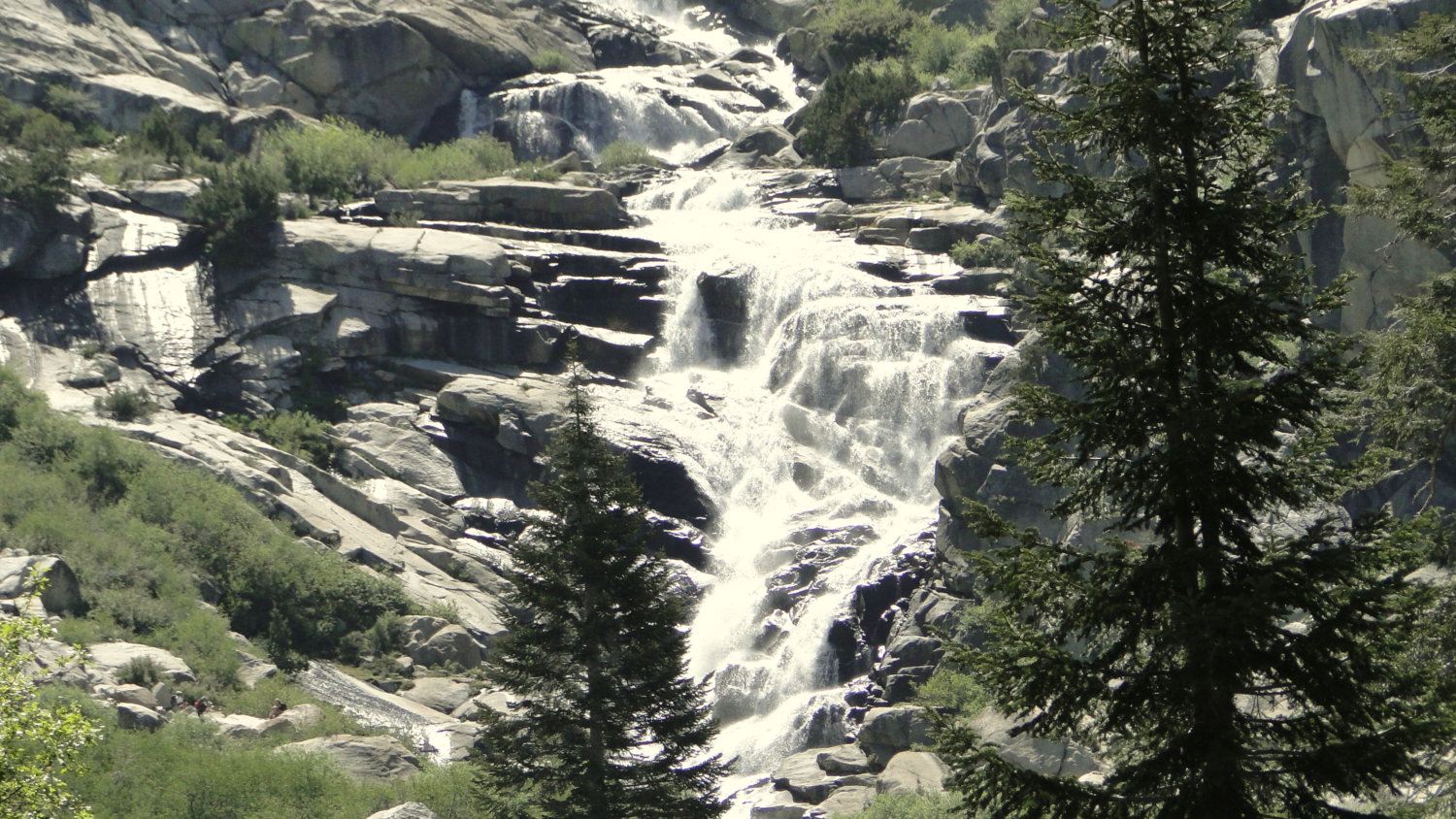 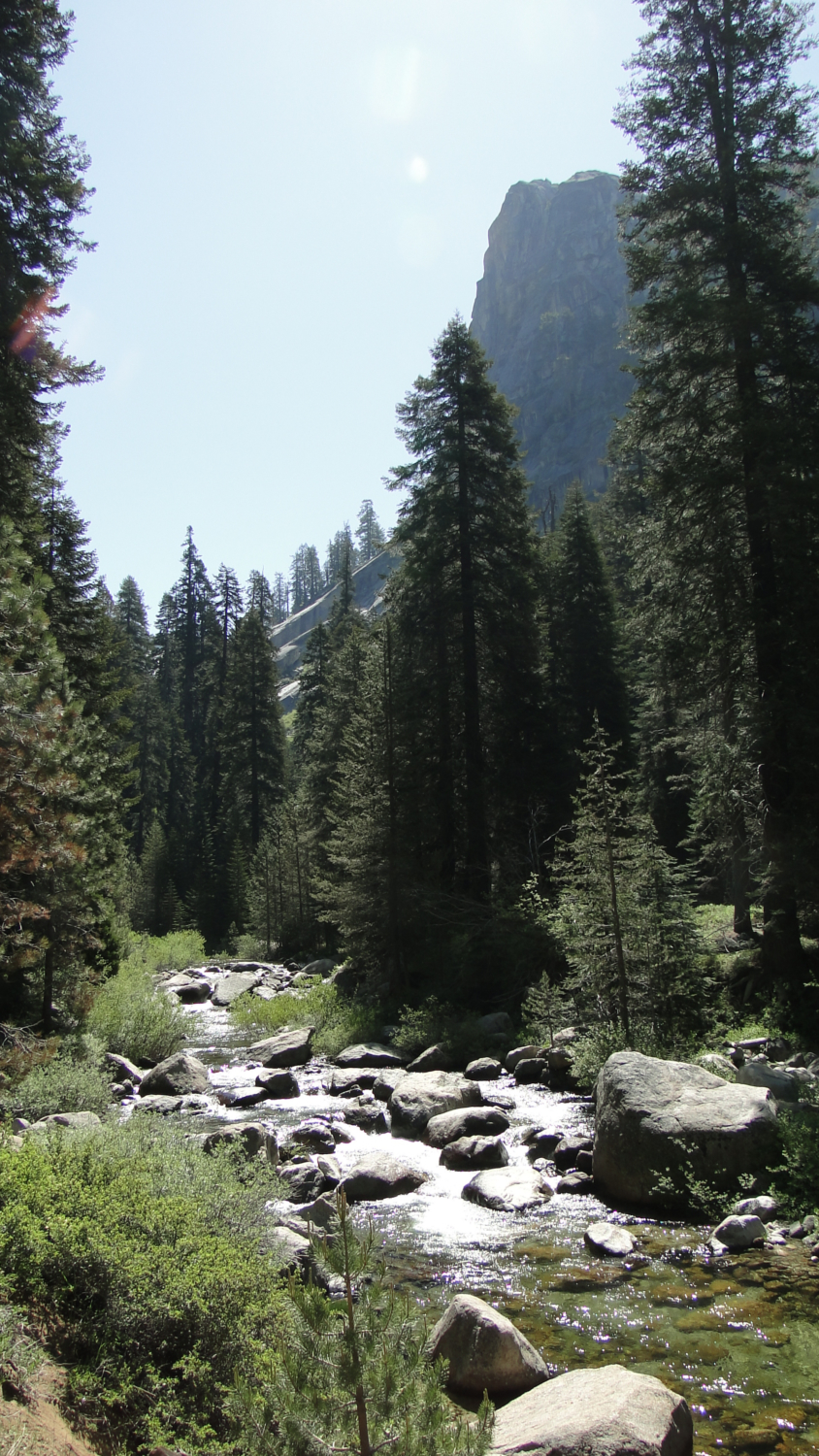 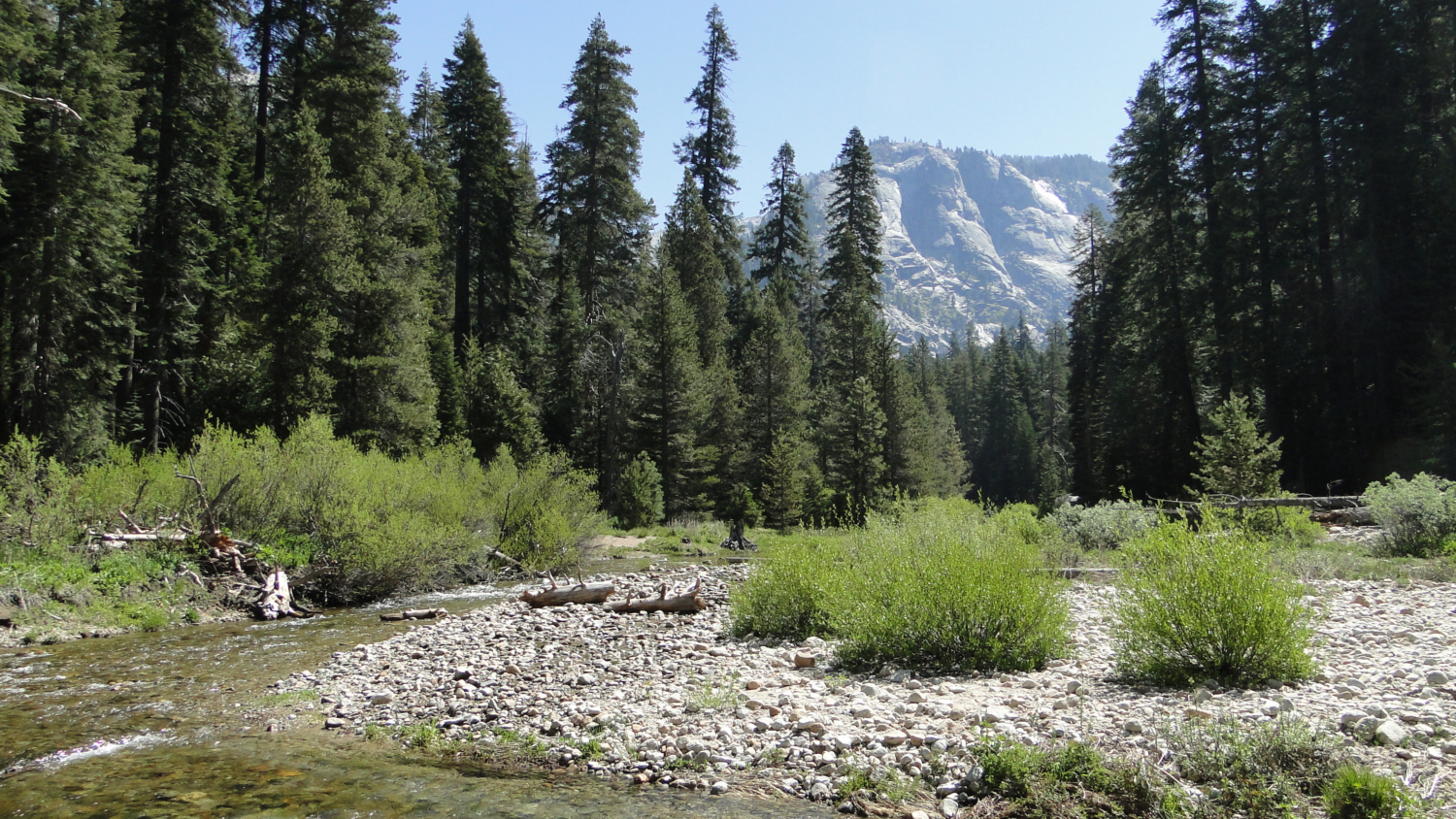 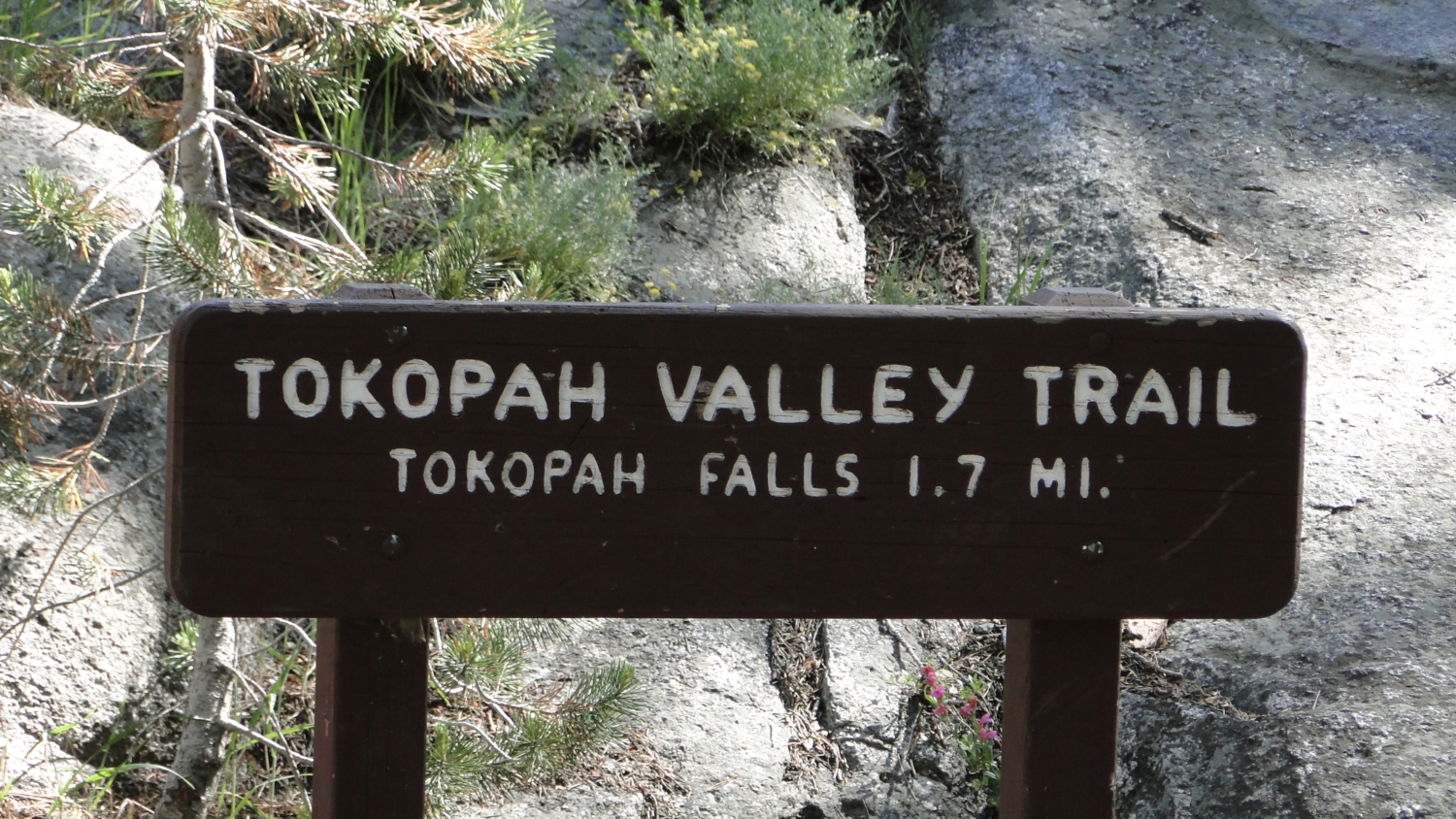 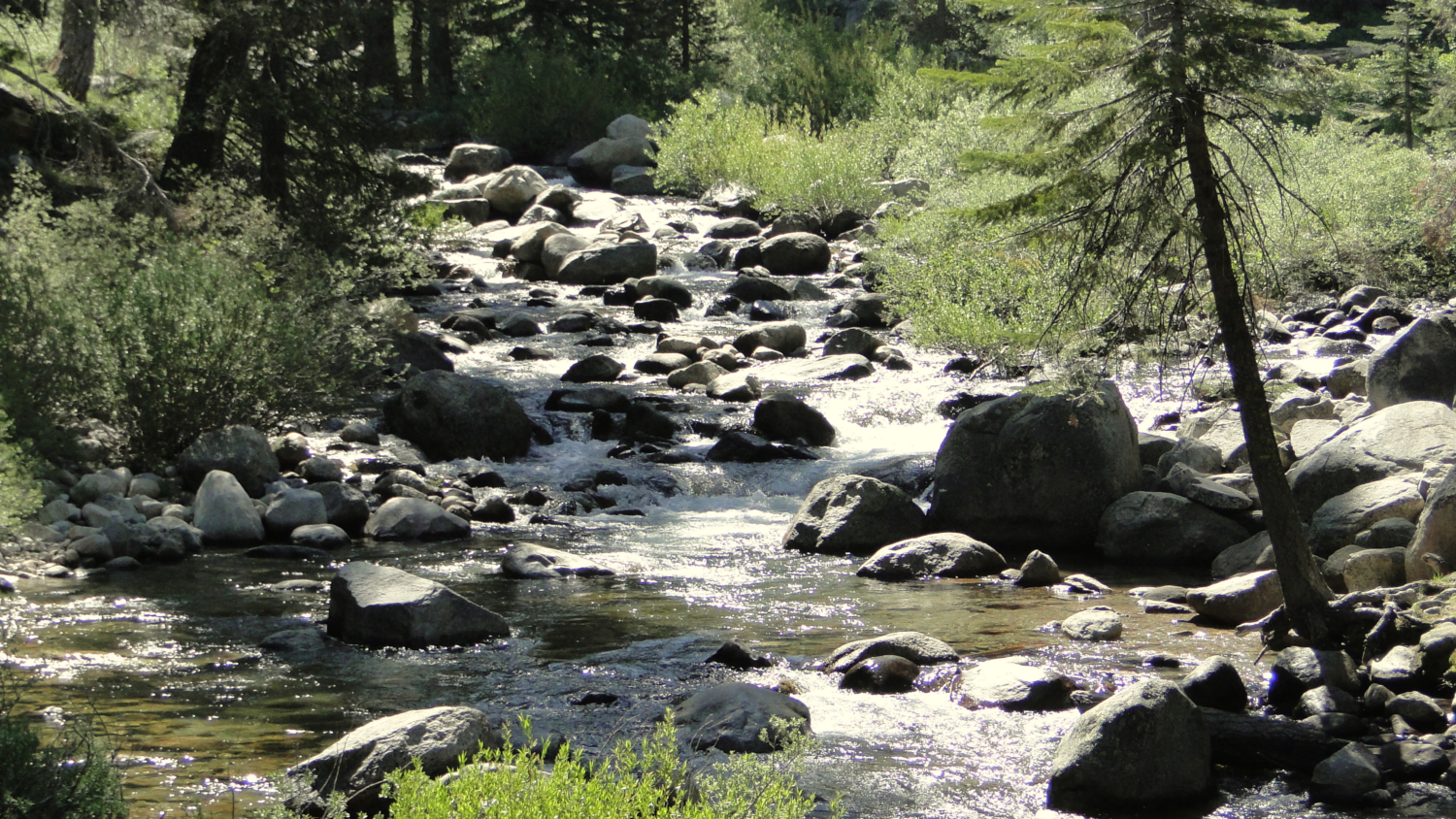 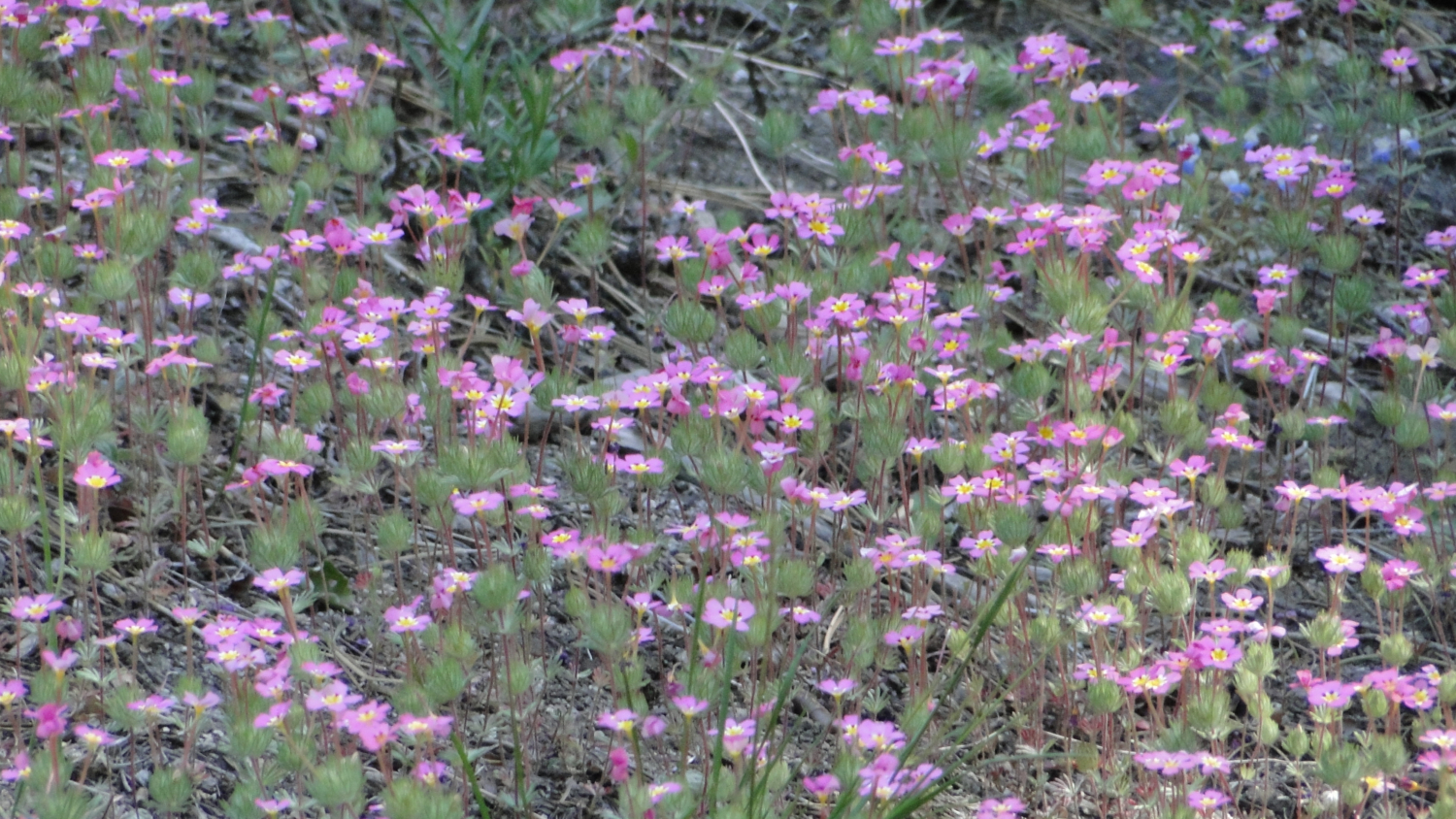 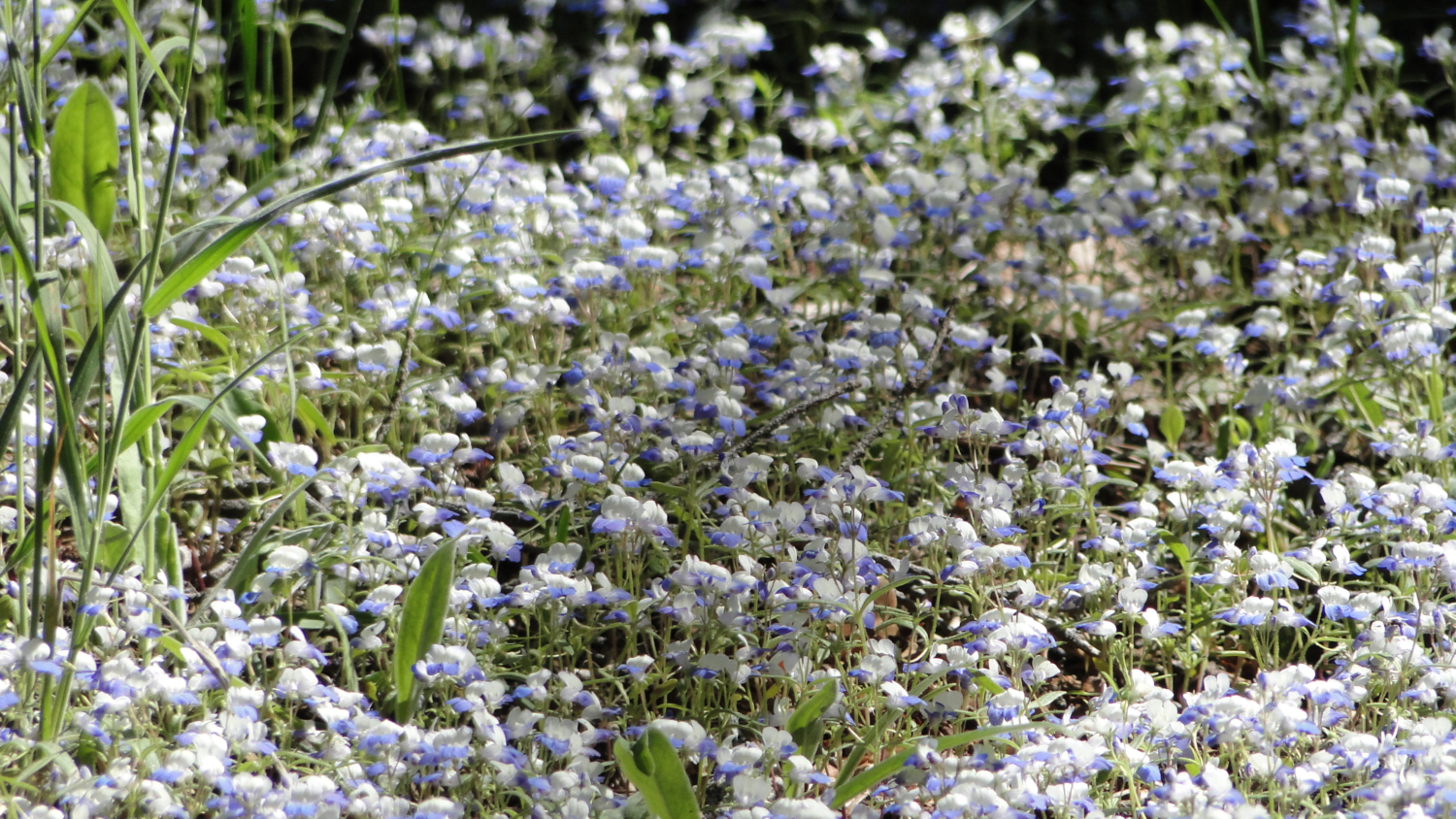 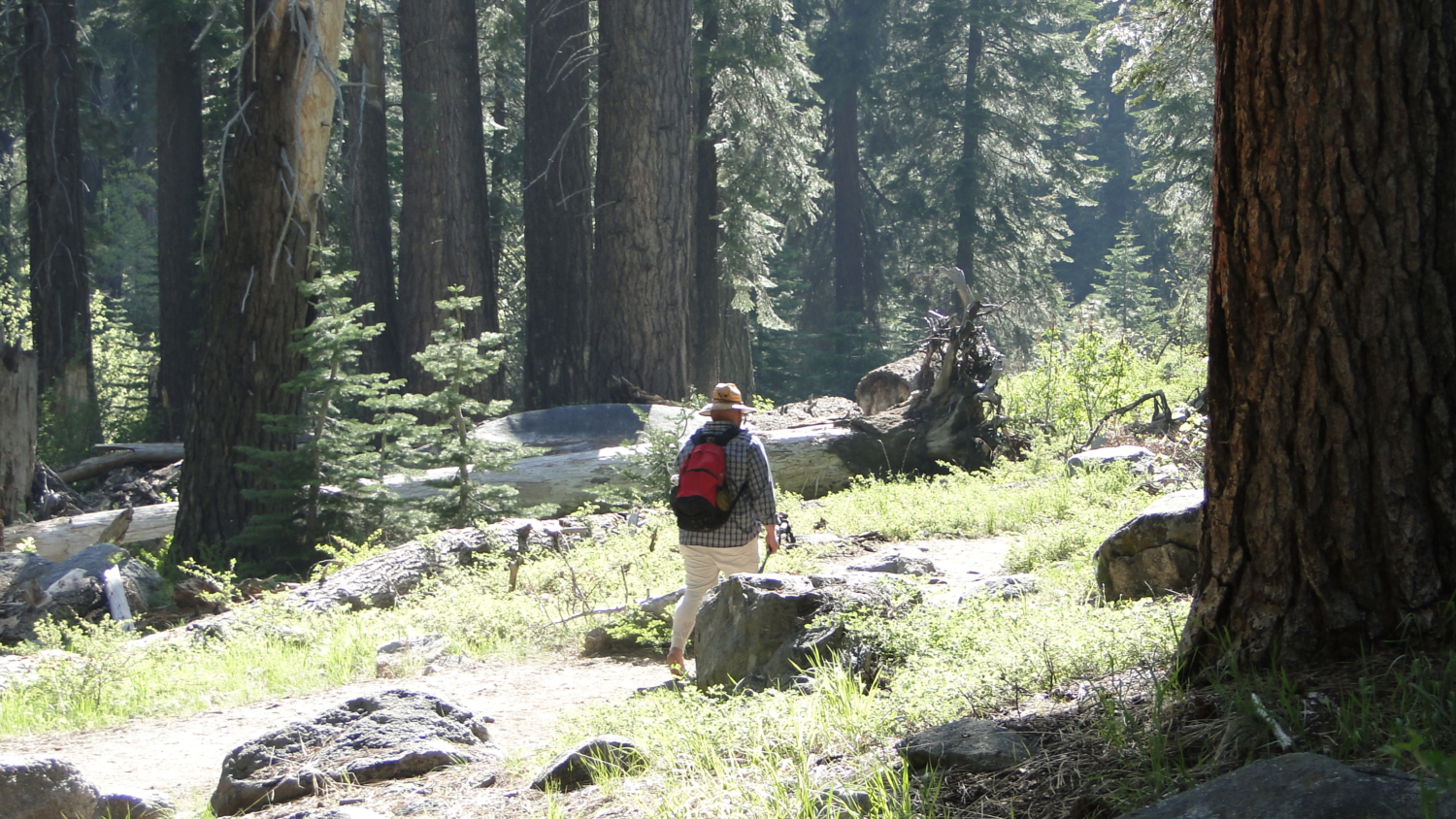 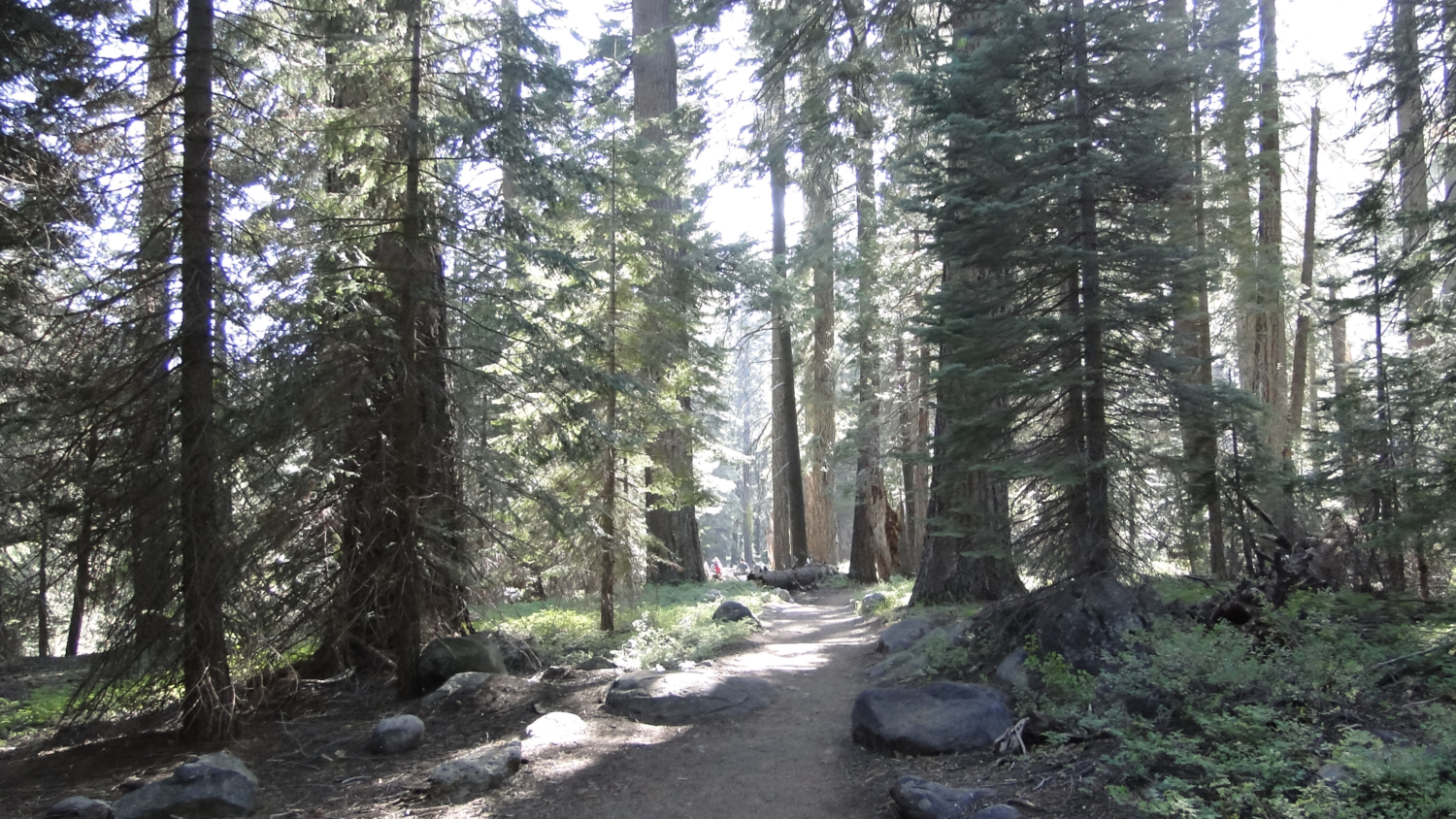 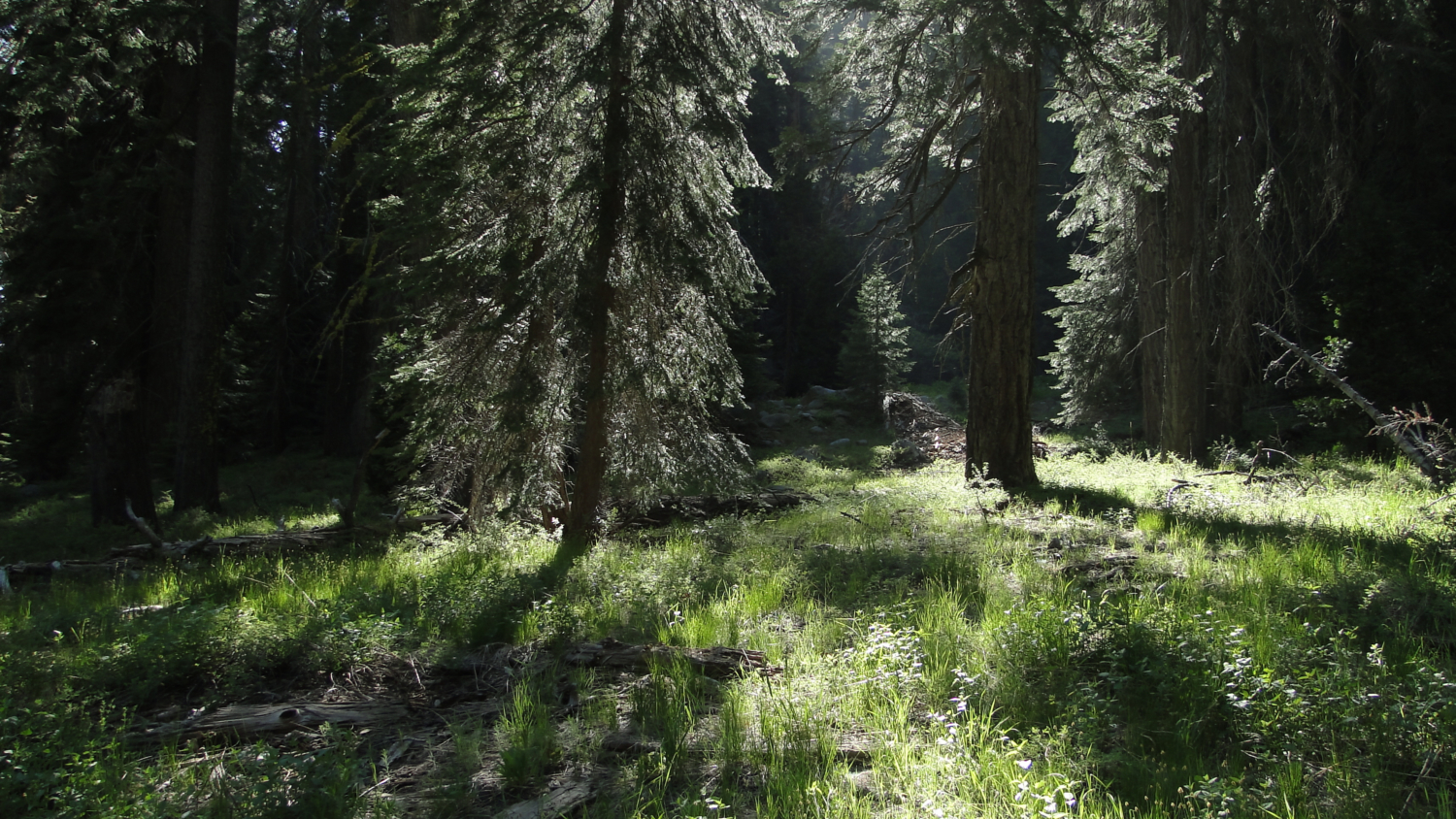 The trail is easy to follow and easy to walk save for one rocky spot toward the base of the falls. This section is a little rough, and you will need to watch your step. If you're hear in winter or spring, you're going to want snowshoes. This is a fine hike for snowshoeing, but without them, you are going to posthole yourself to tears.

From Visalia, take Highway 198 through Three Rivers, past the entrance, up the windy road, past Giant Forest, and into the village of Lodgepole. Follow the road through Lodgepole past the market up to the entrance kiosk. Park in the overflow lot just past the kiosk.