Parker Lake is one of the smaller lakes near the June Lake Loop, but while foliage-seeking tourists will flock to the easily accessible aspen groves of June, Gulf, Silver, and Grant Lakes, for a tiny bit more effort hikers can enjoy the absolutely stunning views at the end of the Parker Lake Trail. There is a handful of trails I have hiked over the years that have taken my breath away – causing me to just sit in awe at what’s before me. Parker Lake is one of those trails.

Head down the dusty Parker Lake Road (bumpy, but navigable for passenger cars) and park at the trailhead. From here, you’re given no clues as to what you’re about to hike through. To your east, you have great views of Mono Lake over the serene chaparral, and to the west, all you can make out are the distant summits of Mount Wood, Mount Lewis, and Parker Peak. 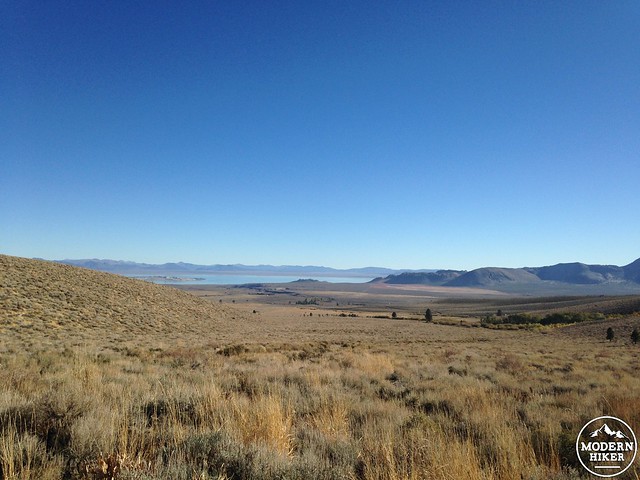 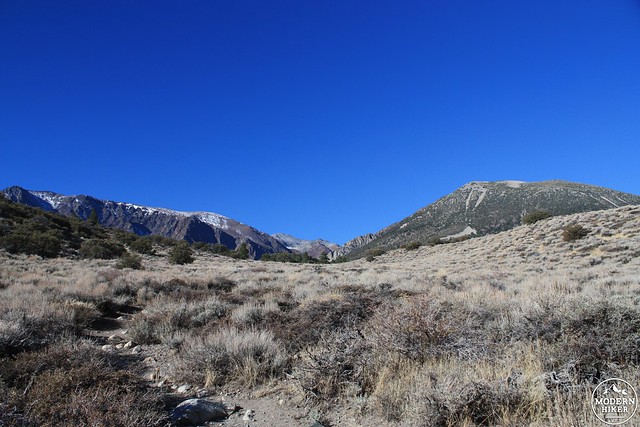 The trail starts off with a noticeable climb, gaining 315 feet in the first 0.4 miles. There’s a bit more elevation gain after that but most of the hard work is done right at the beginning of the trail, so don’t get discouraged.

As you climb, you’ll be able to see into Parker Creek Canyon itself. Although you’ll still be above the creek for a while, the effect that steady water flow has on the chaparral is very apparent as sagebrush gives way to mountain mahogany, Jeffrey Pine, and red fir – along with quaking aspen closer to the creek itself. 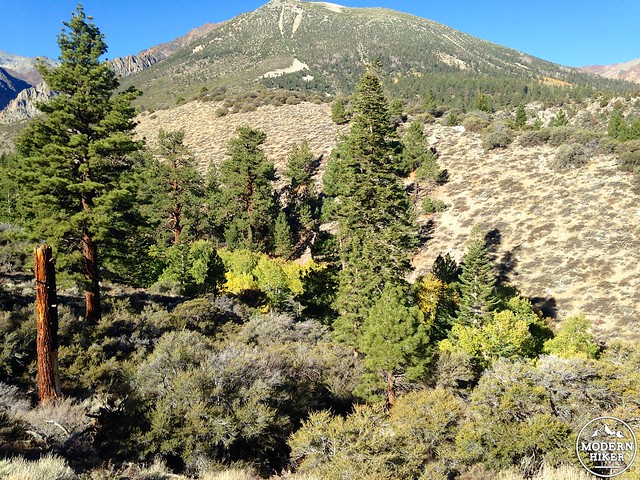 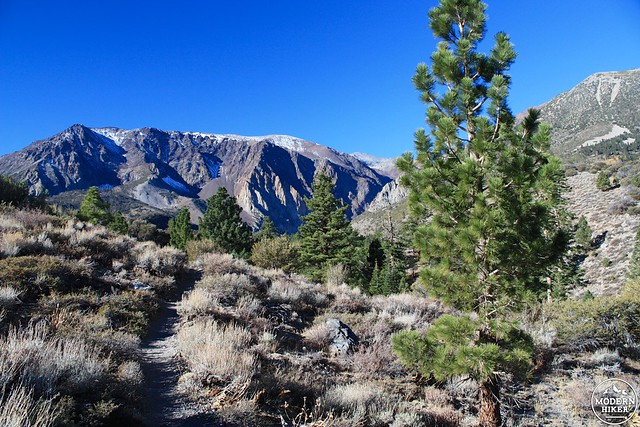 The trail makes a few more short climbs before hitting a mostly flat stretch of trail that continues until you reach Parker Lake. You’ll pass through a few different aspen groves along the way here, so be prepared to take some extra time to snap some photos – especially if you’re coming during peak color. 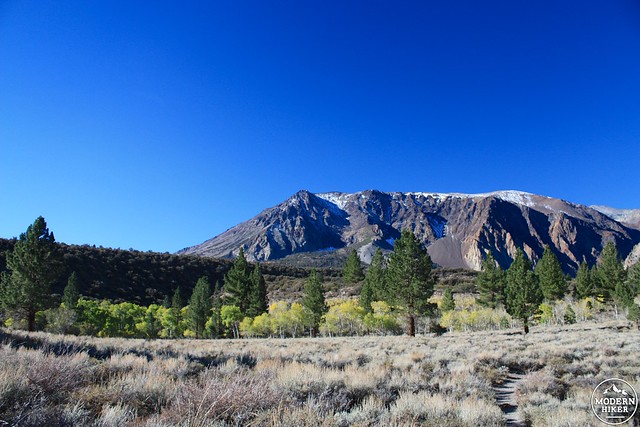 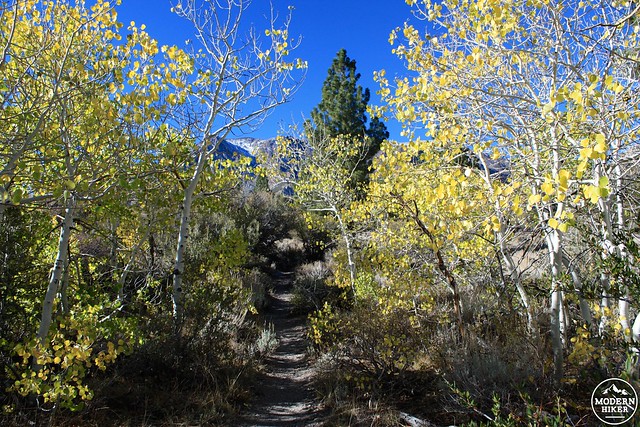 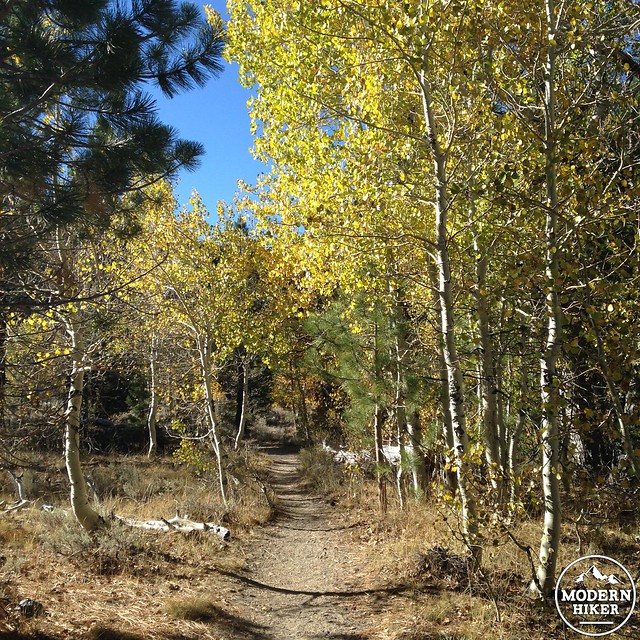 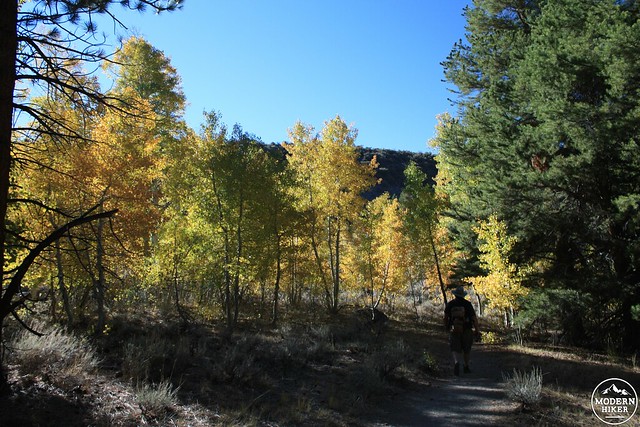 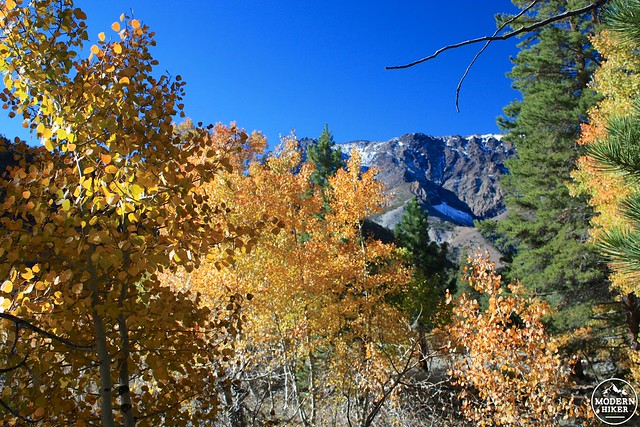 After making its way through a small pine grove, the trail skirts the banks of Parker Creek – creating one of the most photogenic non-lake or peak scenes I’ve ever encountered in the Sierra. You may see some anglers casting into the creek here, or shutterbugs snapping scenes, or just fellow travelers taking a moment to soak in all the beauty. 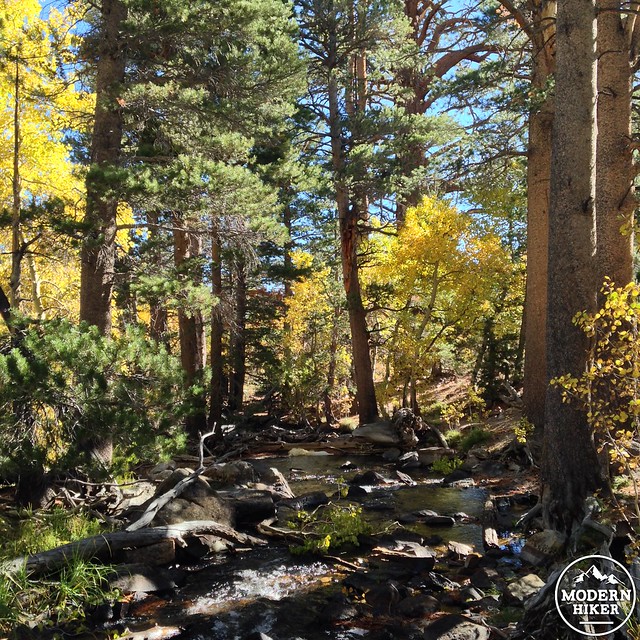 It’s smooth, mostly flat hiking through several more aspen and pine groves on your way to Parker Lake. At 1.7 miles, stay right at the junction with the Silver Lake Trail. In another 0.2 miles, the forest clears as you reach the northeastern shore of your destination.

Prepare to pick your jaw up off the ground. 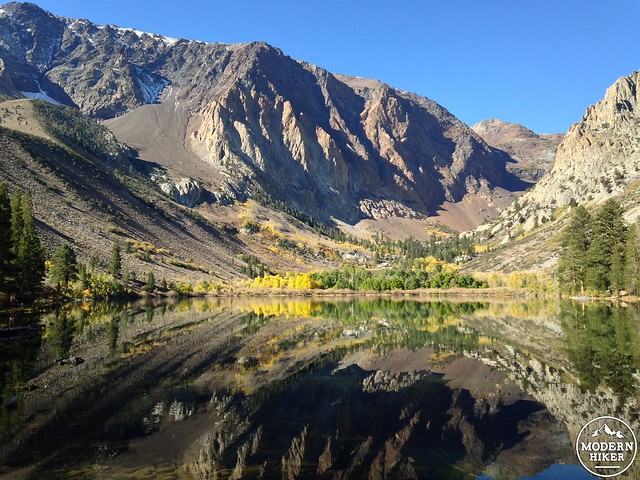 Calm, crystal clear water provides a mirror of Parker Peak and Mount Wood as well as the closer rugged southeastern slope of Mount Lewis. Extensive aspen groves on the opposite shore of the Lake provide a splash of color in the valley as fish leap up from the water’s surface to snatch insects. It’s tough to compare the lakes in the Eastern Sierra for their beauty, but as I sat on some rocks just inside the lake and took in the scene, I also had a great time watching other hikers’ reactions as they emerged from the woods. Conversations stopped in mid-sentence as people saw Parker Lake, their words replaced by gasps and exclamations on a sliding scale of family friendliness. 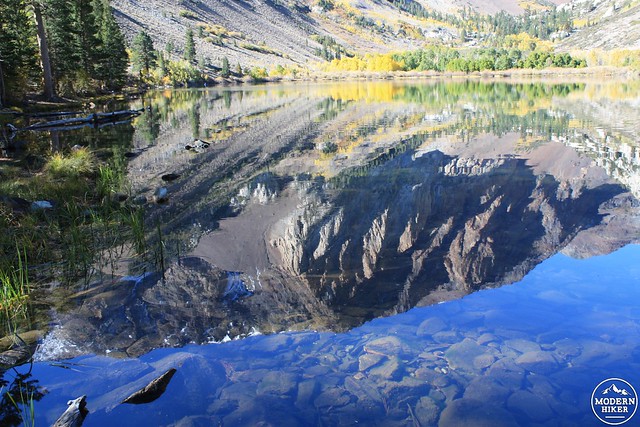 This trail was a popular spot for hikers and photographers, but I also saw a few hunters and several anglers – including one who hauled in a mini inflatable raft to float around the lake on. Even though the dirt road approach probably keeps out the most casual of travelers, you’re not likely to find a lot of solitude on this trail – especially during peak foliage season – but everyone who approached the lake seemed so awestruck and reverentially quiet that it still felt like I had the whole place to myself.

The trail officially ends at the lake shore, although the land around the lake is mostly flat and seemed easy to traverse if you were interested in a little more further exploration.

Breathe in that crisp mountain air as deeply as you can, then return back the way you came – making sure to enjoy the differing light on all those aspen groves you hiked through on the way in.

Very good. This popular trail is well maintained and easy to follow.

Camping inside the Ansel Adams Wilderness is allowed with the proper Wilderness Permit. Proper food storage is required and a Campfire Permit is necessary if you're planning to have a fire. The closest developed camp site is Lower Lee Vining, although there are also options at Silver Lake and further along the June Lake Loop. Lower Lee Vining is closed during the winter.

From Mammoth Lakes, take the 203 east out of town and head north on US-395. Travel north for 20.4 miles, then turn left onto CA-158 just south of Mono Lake (DON'T take the first left onto CA-158, which will take you to June Lake). Continue for 1.5 miles, then turn right onto Parker Lake Road. Stay on this dirt road until it ends in 2.7 miles, following the signs for Parker Lake. CA-158 is closed in the winter.

[…] Parker Lake is a 3.8 mile hike around one of the smaller lakes that takes about 2.5 hours to complete. This trail kicks off with a steep incline but quickly offers breathtaking views of Mono Lake and summits in the distance. Locals say this hike is one of the best in the area to see fall foliage! […]

Leave a Reply to 12 Things to do in June Lake, California & on the Scenic June Lake Loop Cancel reply

I actually climbed Mt. Lewis last time I went to Yosemite. It's easily attainable from Parker Pass. I got a great look down at Parker Lake from the summit, and it made me look forward to hiking this route early in October.

[…] Hiker feel we have demonstrated this time and time again with hike write-ups describing gems like Parker Lake, McGee Creek, and Convict Lake. And yet, it seems like every time I open my mouth to talk about how […]

Did this hike with some friends over Memorial Day weekend. Great variety of scenery, accessible, and a perfect moderate hike for everyone. Our dogs loved the water!

[…] is the perfect warm-up hike to acclimatize to higher elevation hiking. The Parker Lake trailhead is close to 8,000 feet with a total of 600 feet of elevation gain—mostly within the first […]

Go here now! I was up at Parker Lake last weekend and it was peak color for the aspens.