Lacking the draw of an unbelievably rugged coastline, never-ending redwood groves, or giant waterfalls, Andrew Molera State Park is one of the more understated parks along the coast of Big Sur. But what it lacks in billboard-qualities it makes up for in spades with its understated nature and quiet, low-key beauty.

This easy stroll to the beach begins at the park’s main parking area, which is also near the entrance for the Molera Horseback Tours. There are a few shaded picnic areas and some informational kiosks nearby. Look for the path that cuts through the trees and start hiking … but don’t lace those boots too tightly because you’re about to ford the Big Sur River. 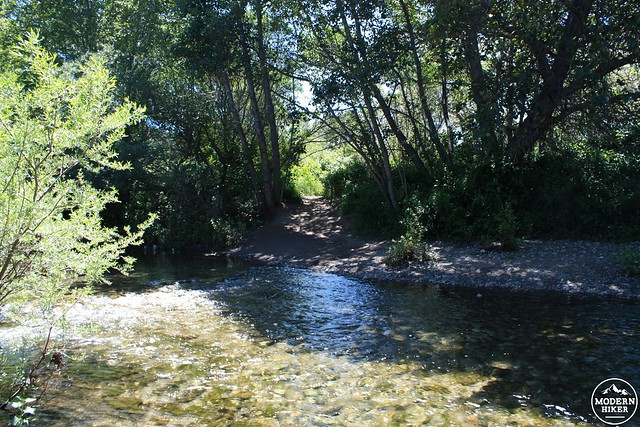 In non-drought years, this river is much larger and you may find yourself getting pretty wet at the start of the trail. For me, though, the water only came up a bit past my knees and was easy to get through.

Once you get to the other side of the river, you’ll stroll right into the Creamery Meadow, where the Cooper-Molera family grazed its cattle. Today, the land has returned to a mostly-wild state. The pastures are now covered in waist-high grasses and dotted with native flowers instead of cows. 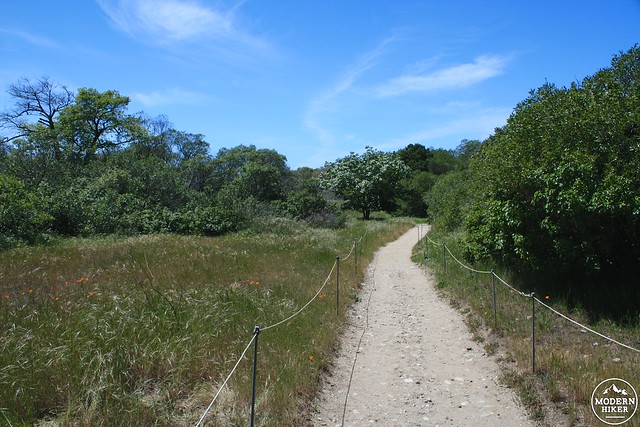 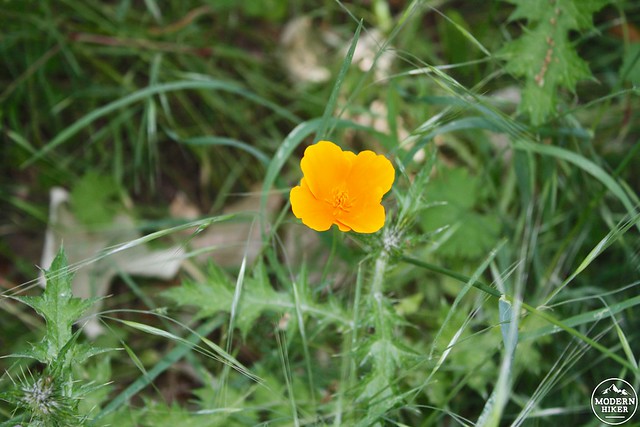 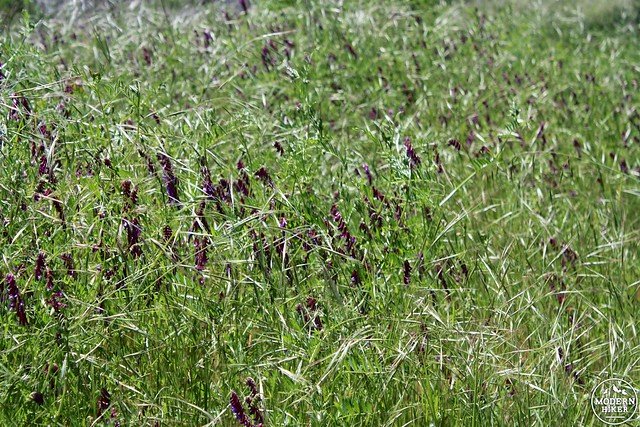 Keep to the right to stay on the Beach Trail, which follows the south bank of the Big Sur River toward the Pacific. Although you’ll be very close to the river itself, the banks are visually blocked by larger shrubs and trees and odds are you won’t even know it’s there.

Eventually the trail leaves the river’s side and travels into the large, flat former pasture itself. Although it’s short, this is an exceedingly lovely stretch of trail, especially in the spring when those wildflowers are still in bloom. Be sure to take some time to look to the sky for raptors hovering overhead – and to look back inland for some expansive views of the mountains behind you, including the distinctive white-topped Pico Blanco. 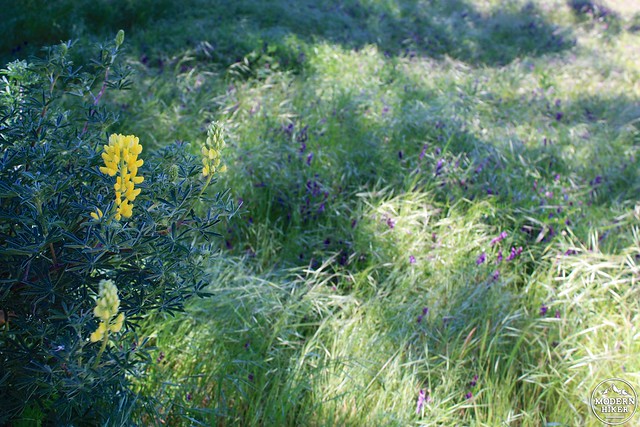 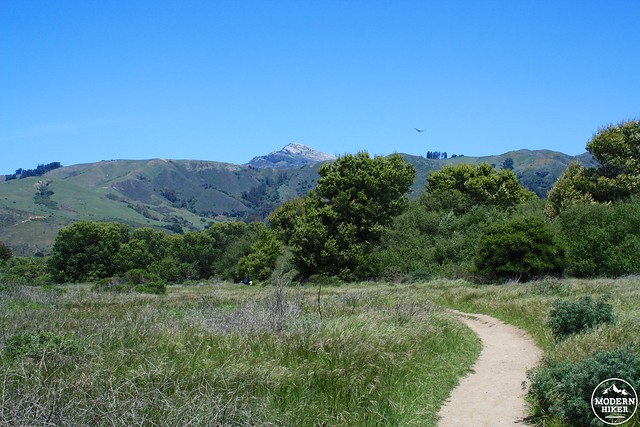 At about the 0.9 mile mark, the trail meets up with the wider, old dirt road on the south Creamery loop. Keep to the right to continue southwest through a short patch of shaded coastal scrub, and once you round the corner of the bluff you’ll see the beach in all its glory. 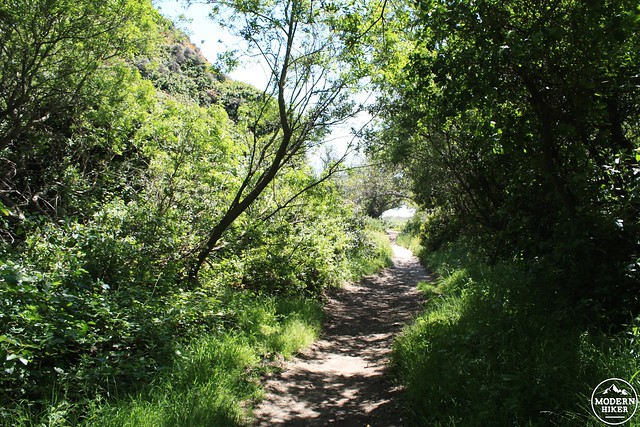 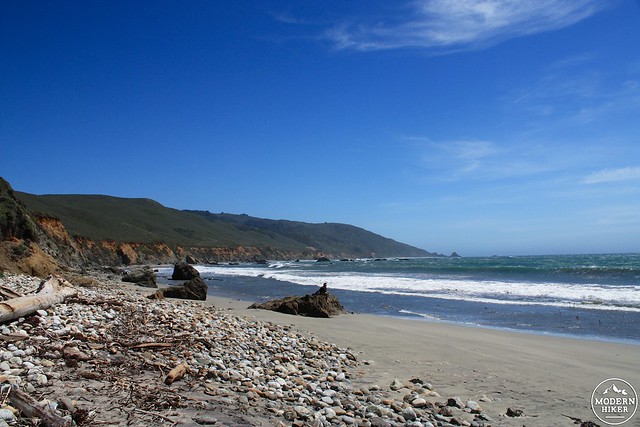 From here, you can explore the beach as much or as little as you’d like. Heading north will take you to the mouth of the Big Sur River which, depending on the height of the water, you can ford and hike to Molera Point. Or you can just walk the coastline looking for gnarled driftwood or just watch the waves roll in.

When you’re done soaking in the salt air, return back on the trail you came in on, but when you reach the creamery meadow stay to the right to return on the southern portion of the loop. This route follows an old ranch road that will show off a new section of the park, including more great views of Pico Blanco, wildflowers, person-high plants, and the occasional equestrian tour, too. 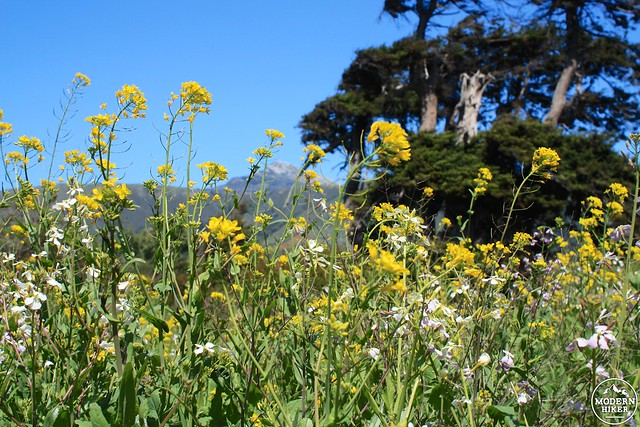 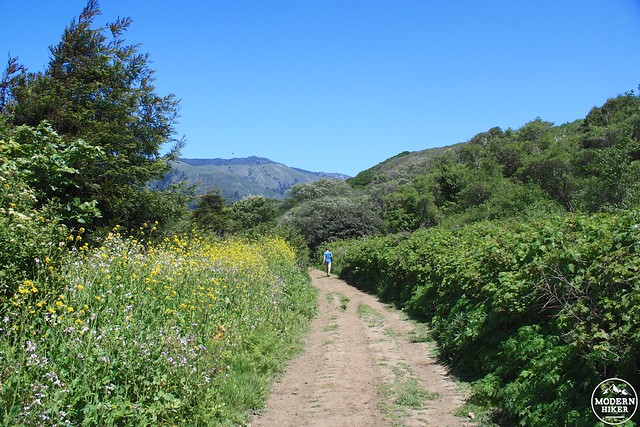 At the 2.1 mile mark, look for a single-track trail that leaves the old road on the left hand side. Take this to return to your starting point and cross the Big Sur River one more time.

An alternate route to the beach from the trailhead is to hike through the walk-in camp site along the north bank of the Big Sur River and follow a trail on that bank to Molera Point. You can make that route into a loop by fording the river near its mouth and returning via either one of the Creamery Meadow trails.

The trails are in decent shape but only sporadically labeled. There are several junctions that are not signed and the new park map brochure is a little unclear on some of the routes. A PDF of their old brochure is still available on the web and has much more detail.

Camping is available inside the park, although the 2016 Soberanes Fire caused extensive damage to the region and the campground was utilized for firefighters. The campground is in the process of being restored and renovated, but it is best to contact the park ahead of time if you are planning on trying to camp here.

Pfeiffer Big Sur State Park is on the Cabrillo Highway and is 30.7 miles south of Monterey and 105 miles north of San Luis Obispo. If you are coming from the north, the Monterey-Salinas Transit line 22 stops directly in front of the park's entrance.