A trip up to the summit of Blue Angels Peak accomplishes a number of things. Peak-baggers seeking out notable high points get to bag the highest point in Imperial County. For fans of high desert vegetation, including pinyon-juniper woodlands, you get to enjoy some fine specimens of pinyon pines, California juniper, and nolina. For history buffs, there’s an historic marker indicating the location of the Mexico-United States Border AND an old cave formerly used as a hideout for smugglers and bandits hopscotching the border during wilder times. And for all people, there are spectacular desert views and a wonderful sense of solitude in this remote pocket of BLM land just east of the San Diego County Line. 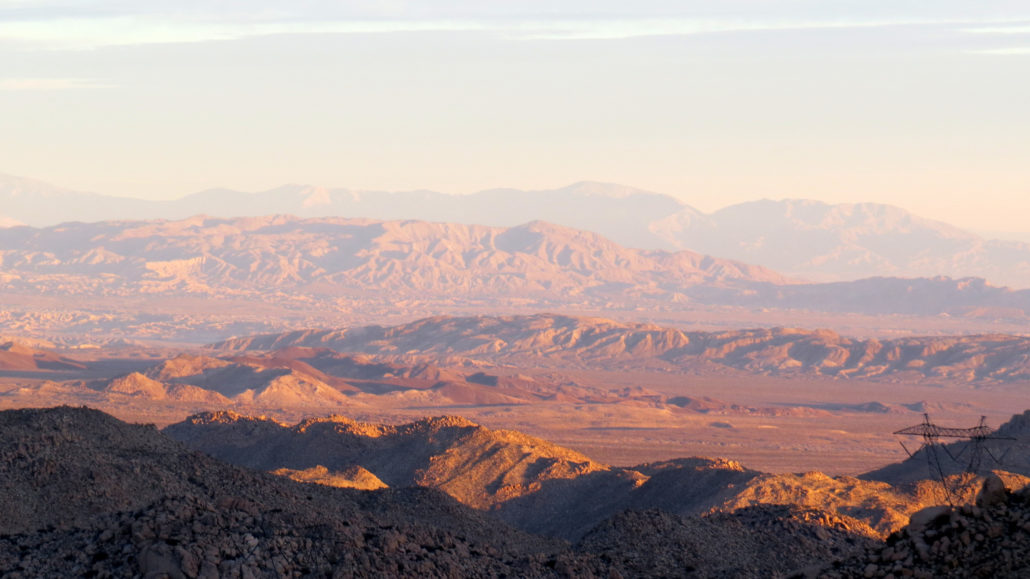 Owing to the fact that much of the route follows old dirt mining roads with a brief stretch of cross-country travel, this is not a bad place to hone some cross-country desert travel skills. You will still benefit from the ability to successfully use a map and compass (the GPS track is intended for reference only; do not attempt to rely on it solely for navigation), but the navigation is straight-forward enough to begin building your confidence for some of the more complicated desert excursions in San Diego County. 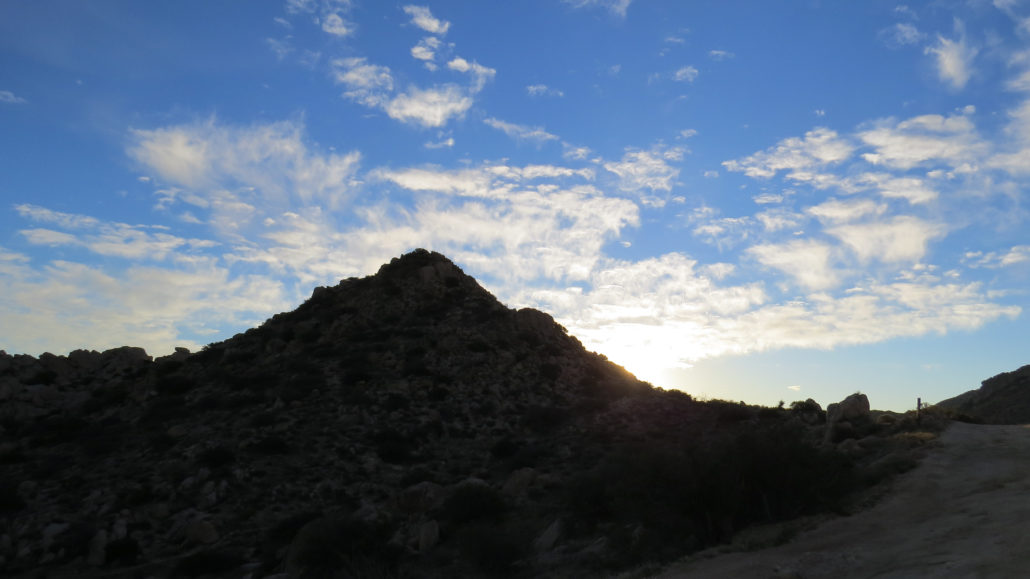 From your starting point, follow the road uphill on a deteriorating paved road as it climbs up to a saddle at 0.75 mile. Just beyond the saddle, you reach an unmarked side path that drops into a ravine and then heads downhill to reach Smugglers Cave. The fire-blacked cave is not really much to look at anymore, and it does shelter occasional migrant traffic, but it is still a great optional side trip for those who want to project their imaginations back to a time of horse thieves, bandits, and lawmen. From here, retrace your steps back to the saddle. This side trip adds an additional 0.6 mile of distance to the overall route. 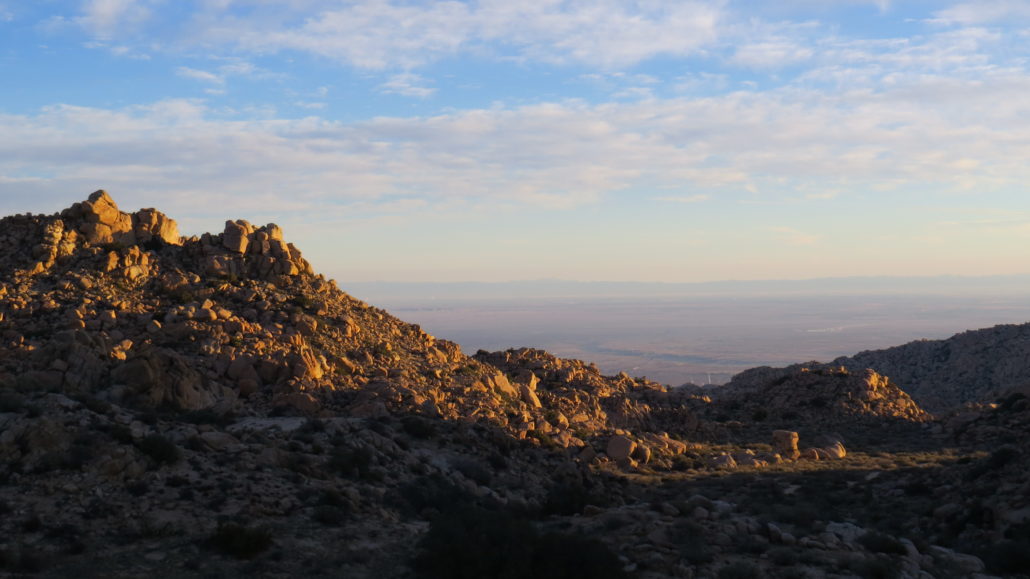 Back at the saddle, continue south to a second junction at 0.9 mile with a road heading southeast into the Valley of the Moon (itself a worthy hike that can be combined to Blue Angels Peak for a much longer day trip). Keep right at this junction for a quick ascent to a saddle with Nopal benchmark directly to the west. Ignore the dirt road on the right leading to Nopal, and continue south and then southeast until the road ends at the site of an old mining prospect at 1.75 miles. 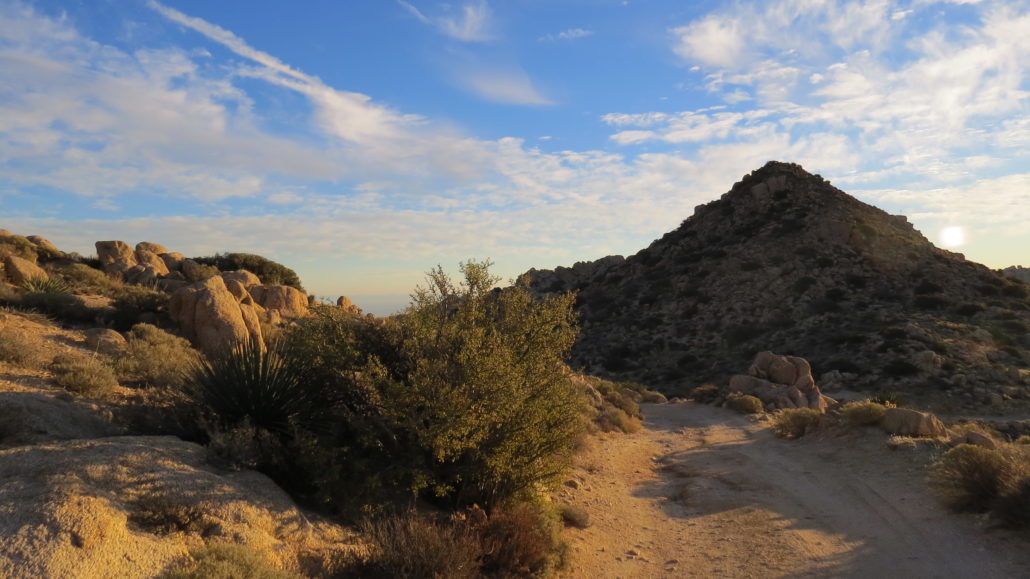 The remainder of the route from the road’s end follows a cross-country path to the summit of Blue Angel Peak. A faint path marks at least some of the way, but you will have to dust out the map and compass as you work your way southeast to the peak. As you work your way through moderately steep and rocky terrain, you’ll pass by numerous pinyons and clusters of junipers and yuccas, heralds of the high desert realm. A pair of benchmarks indicating the location of Blue Angels Peak lie atop a large cluster of boulders which you can reach via a short scramble. 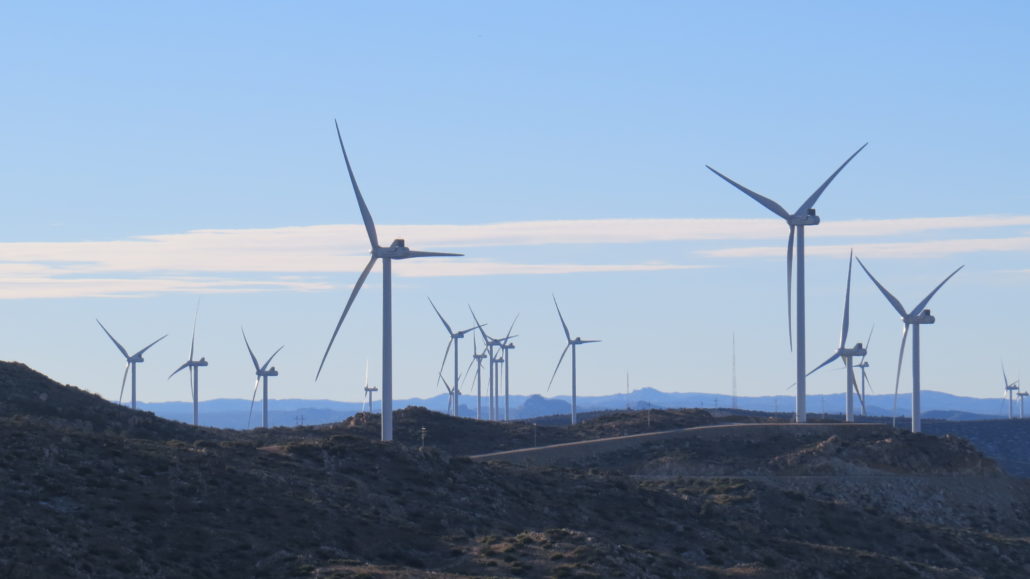 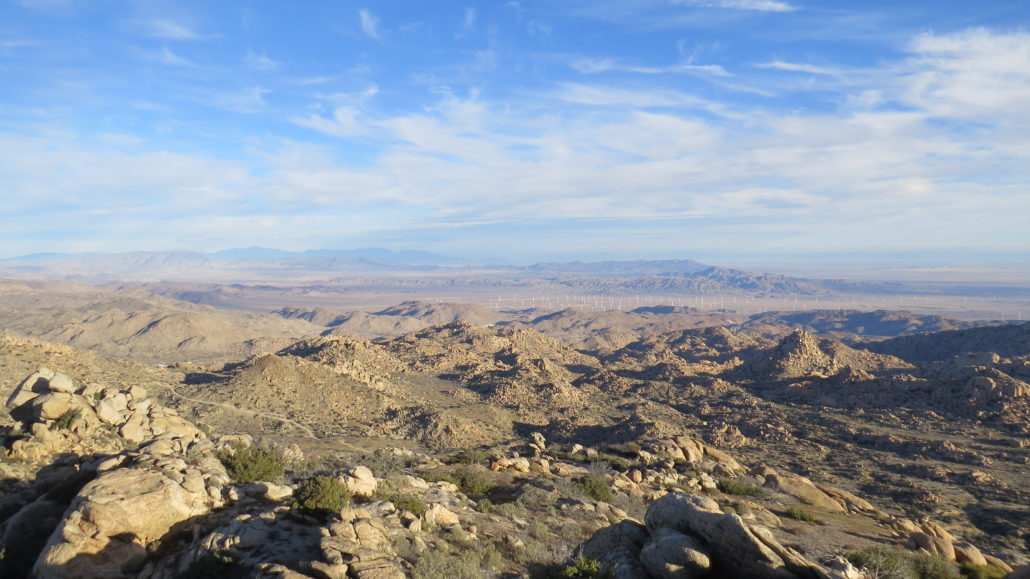 From the summit at 2.2 miles, you will enjoy a magnificent desert view east into the rugged boulder piles of the Valley of the Moon and the bewildering maze of rocks that melt away downslope into the vast Yuha Valley just north of the Mexico Border. The view south into Mexico is a bit less impressive with a number of windmills punctuating the skyline. The view west peers into Jacumba Valley bisected by the undulating line of a border fence separating the United States from Mexico. 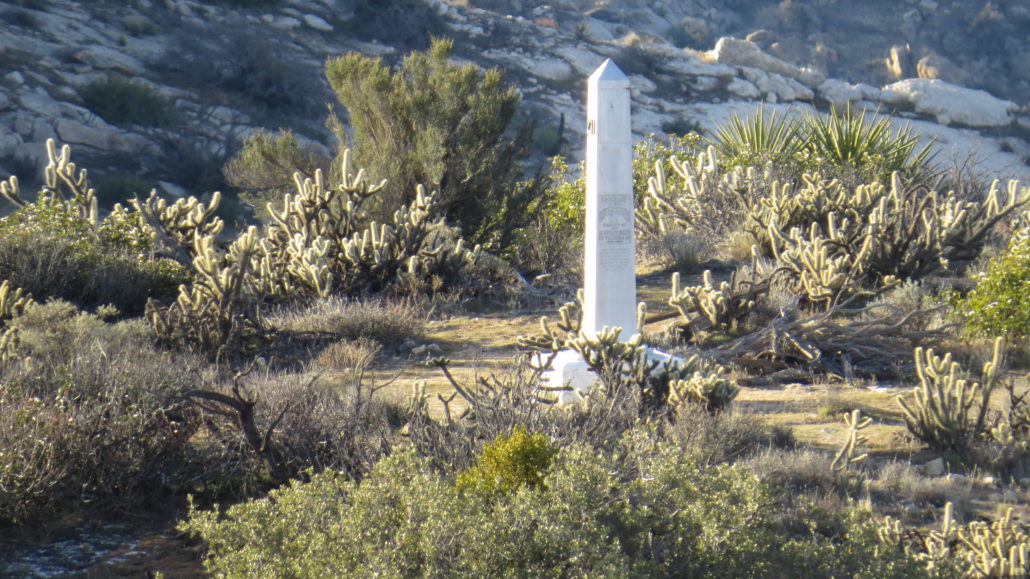 For one added bit of exploration, you can head due south and slightly west from the summit to find border marker 231 indicating the official location of the International Border. This century-old obelisk is one of 258 markers defining the border stretching from Brownsville, Texas on the Gulf of Mexico to the San Diego Coast at Border Field State Park. A barbed-wire fence separates the U.S. side from the Mexico side, and I strongly advise against crossing the line. 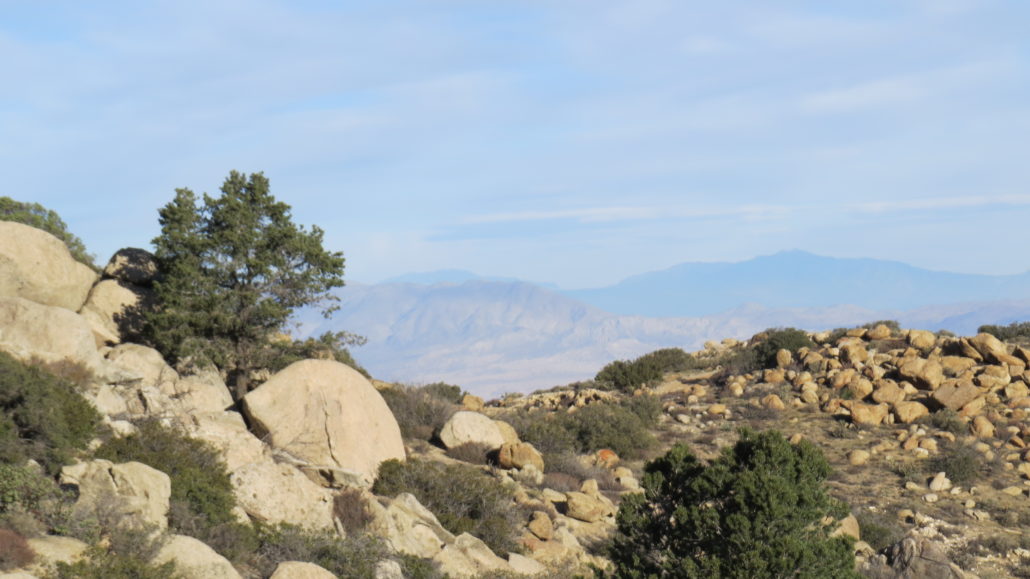 However, take a moment to survey the terrain heading east and west. You may notice how rugged and jagged the boulder-punctuated landscape is here. To future architects of a possible border wall I say, “Good luck with that.” 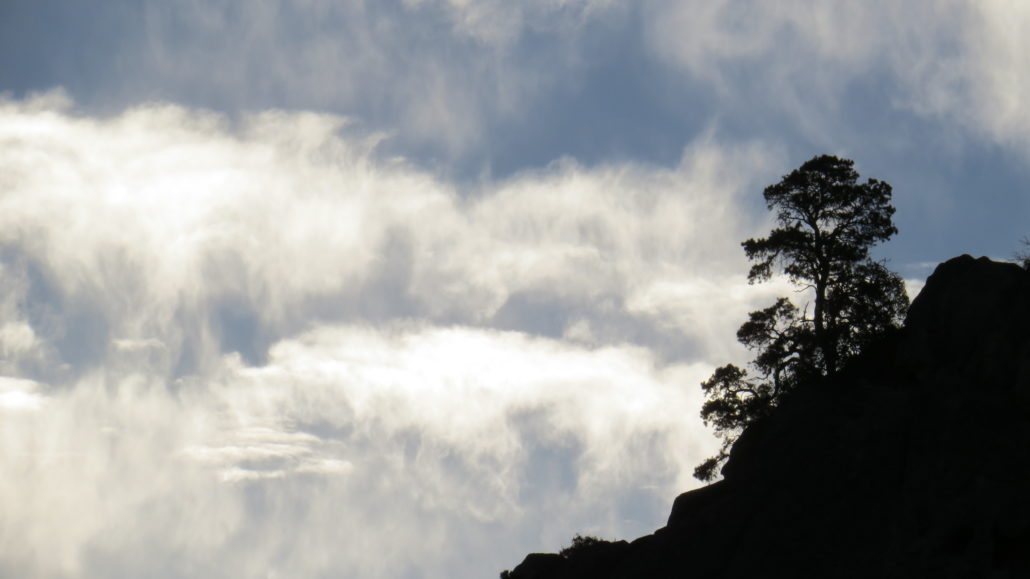 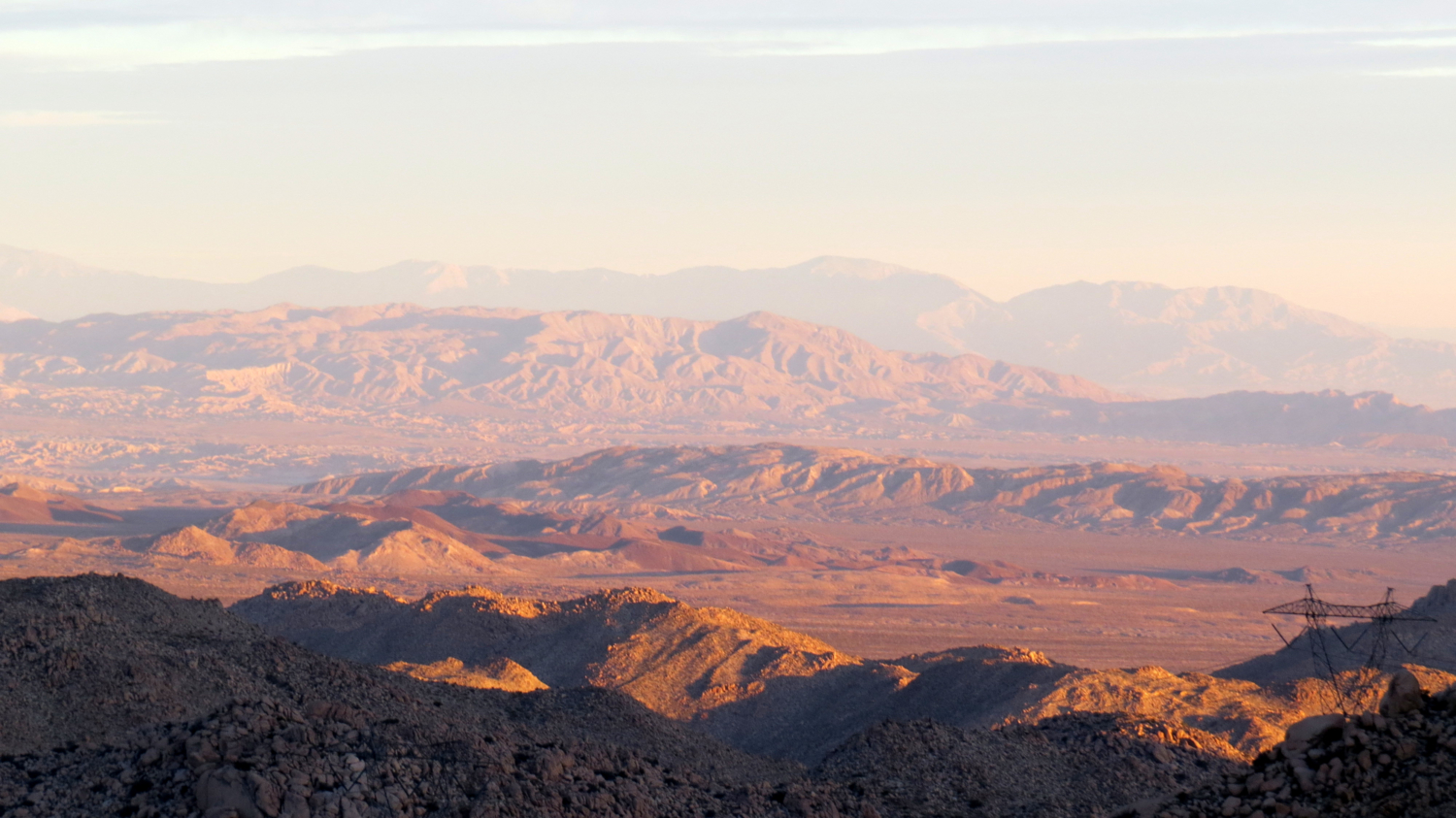 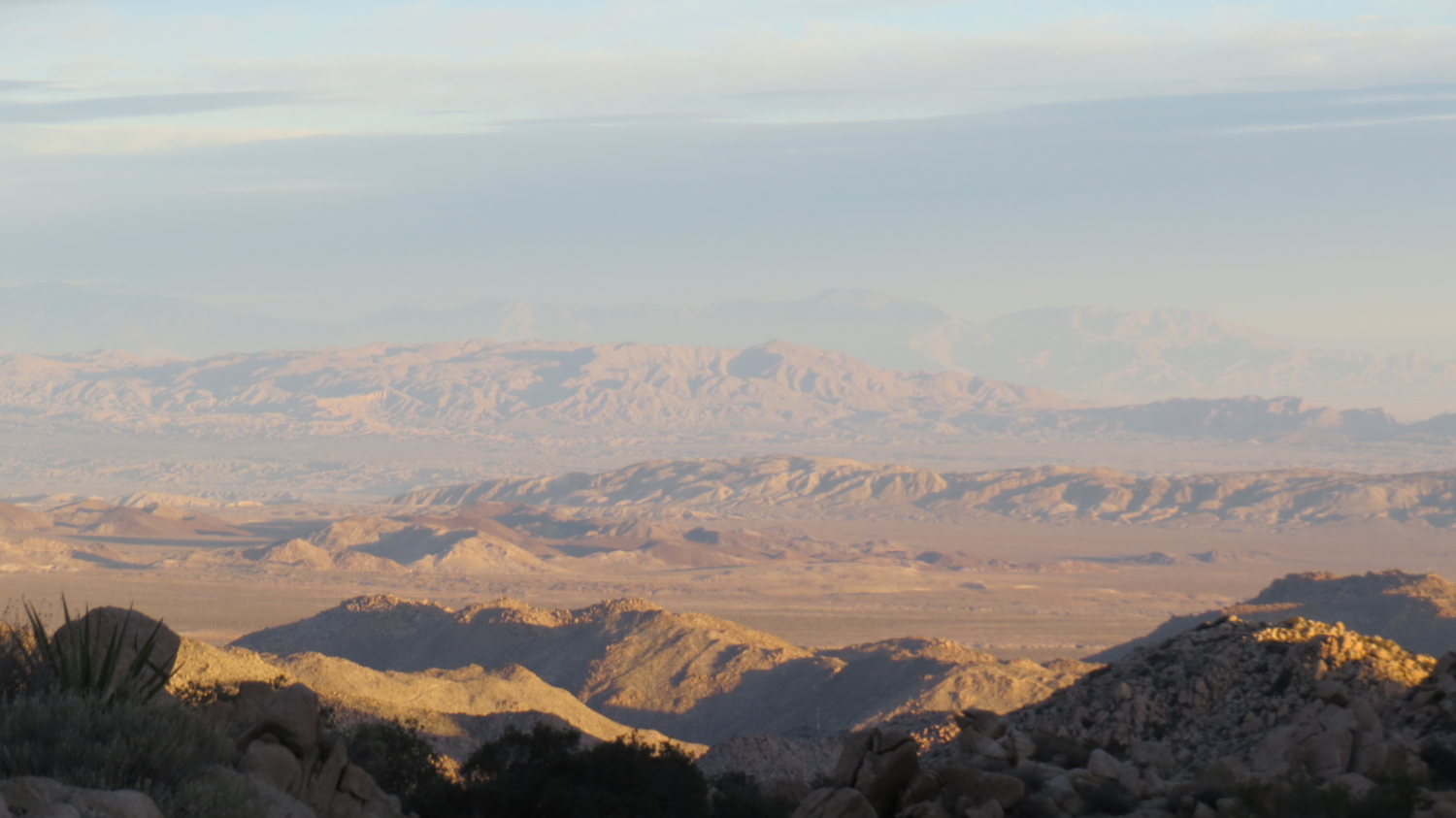 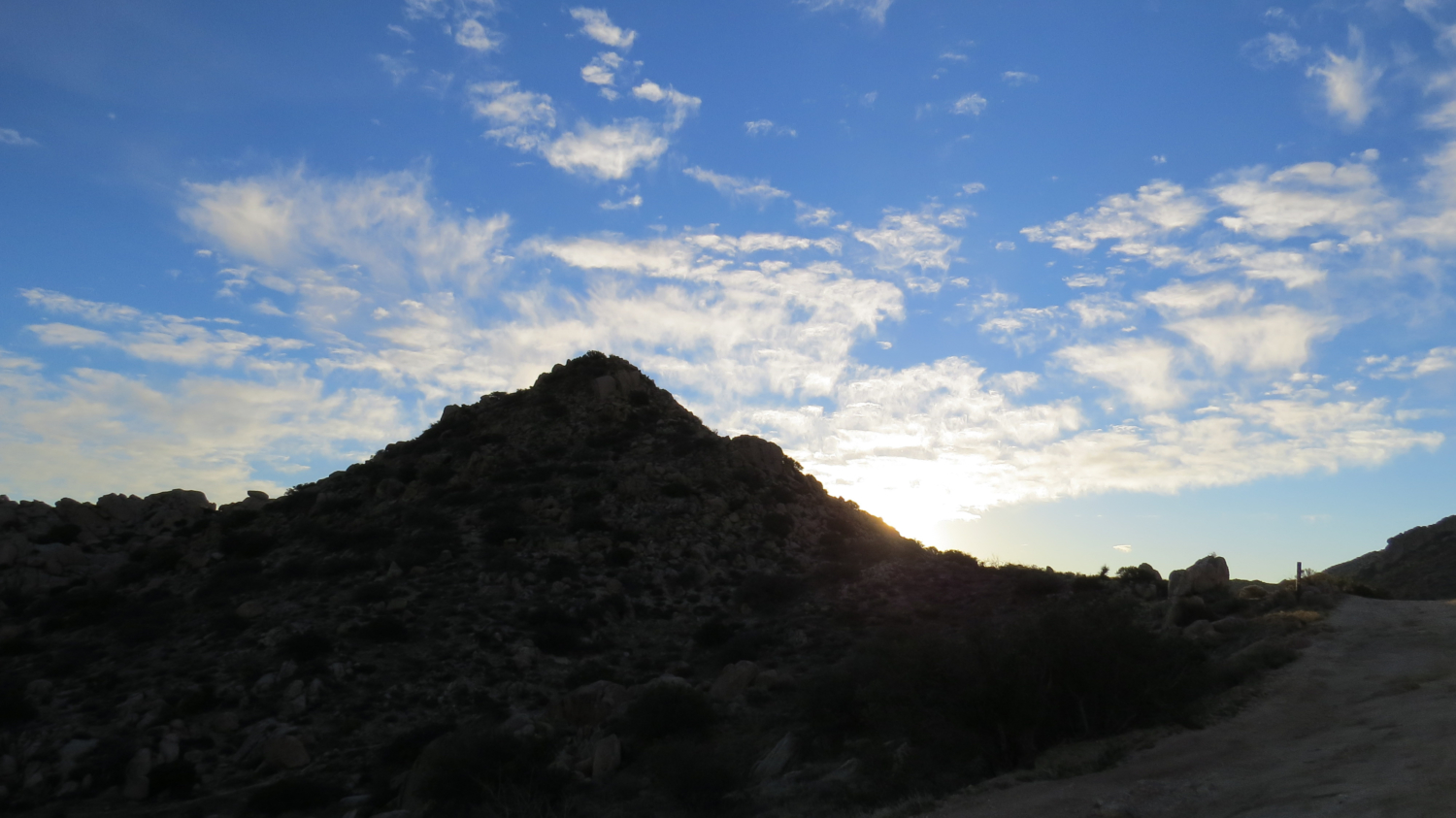 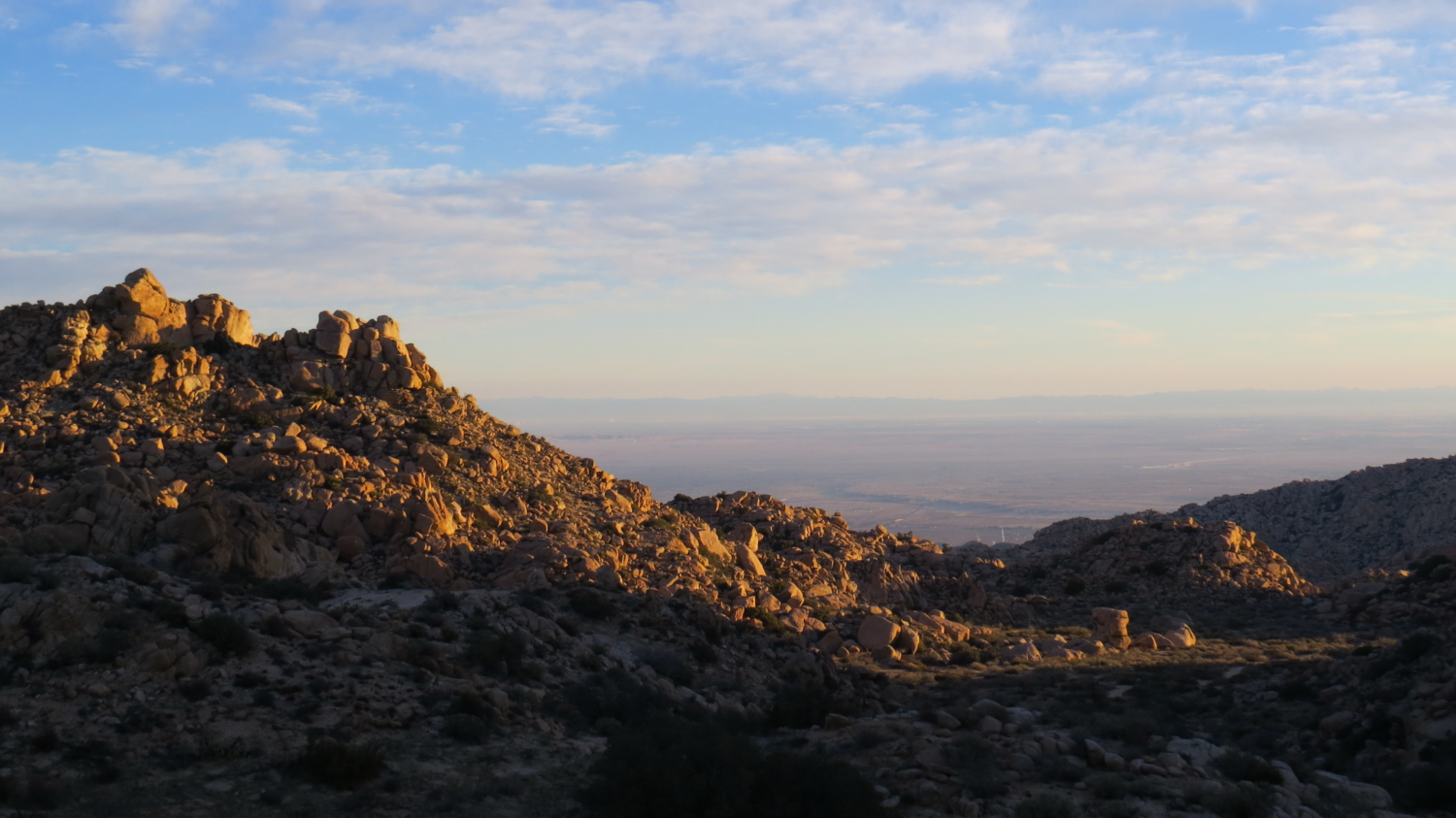 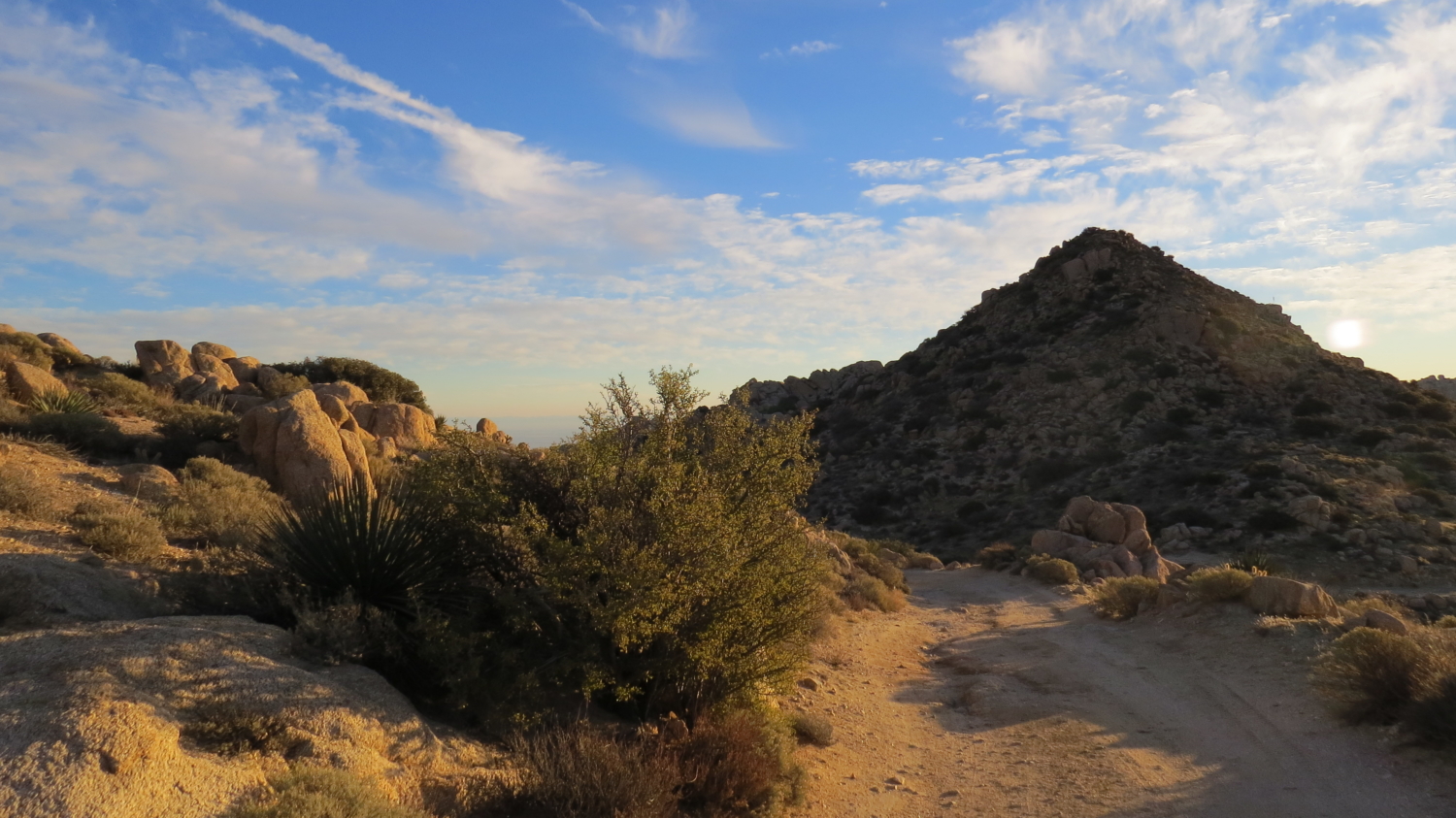 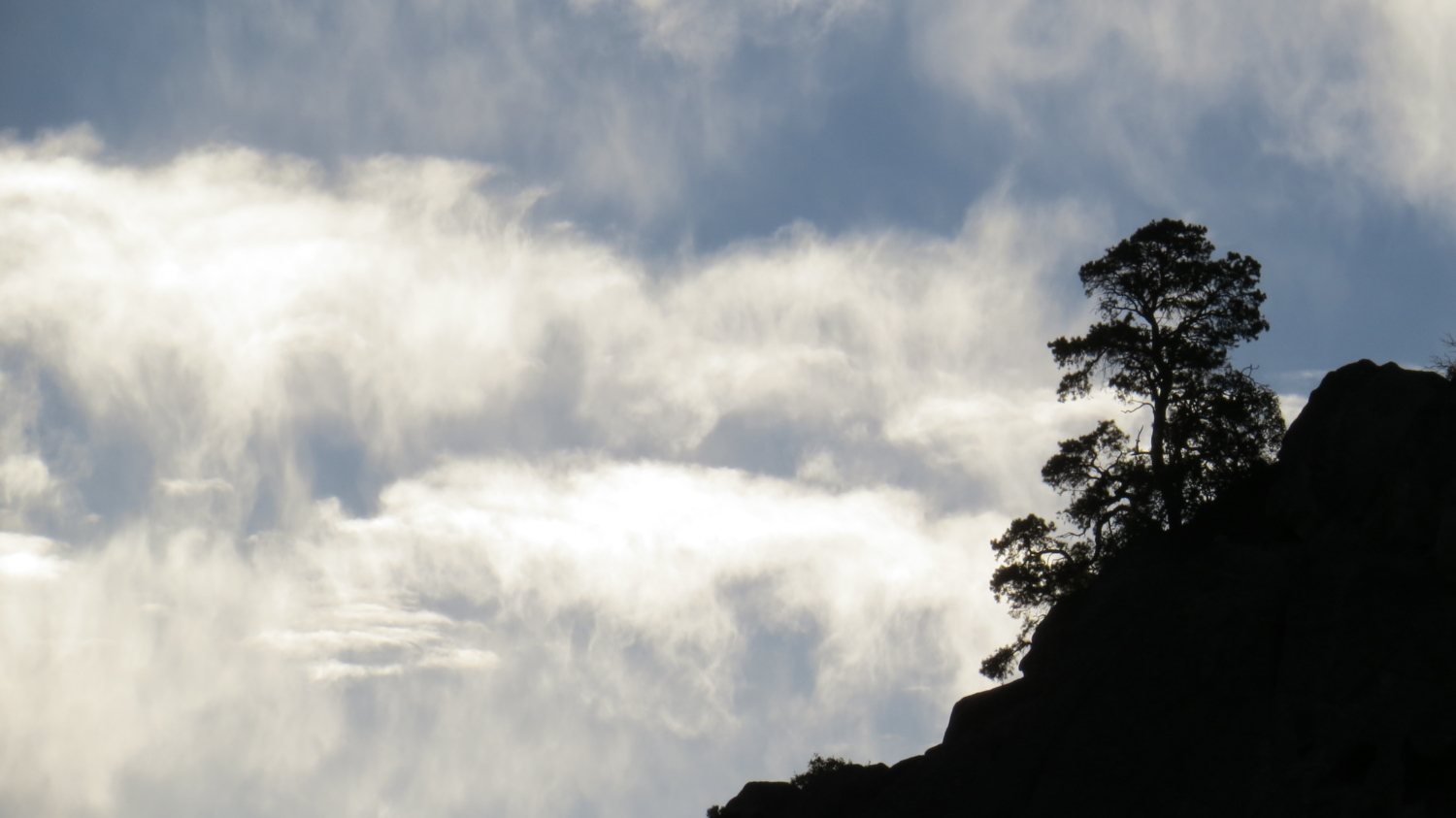 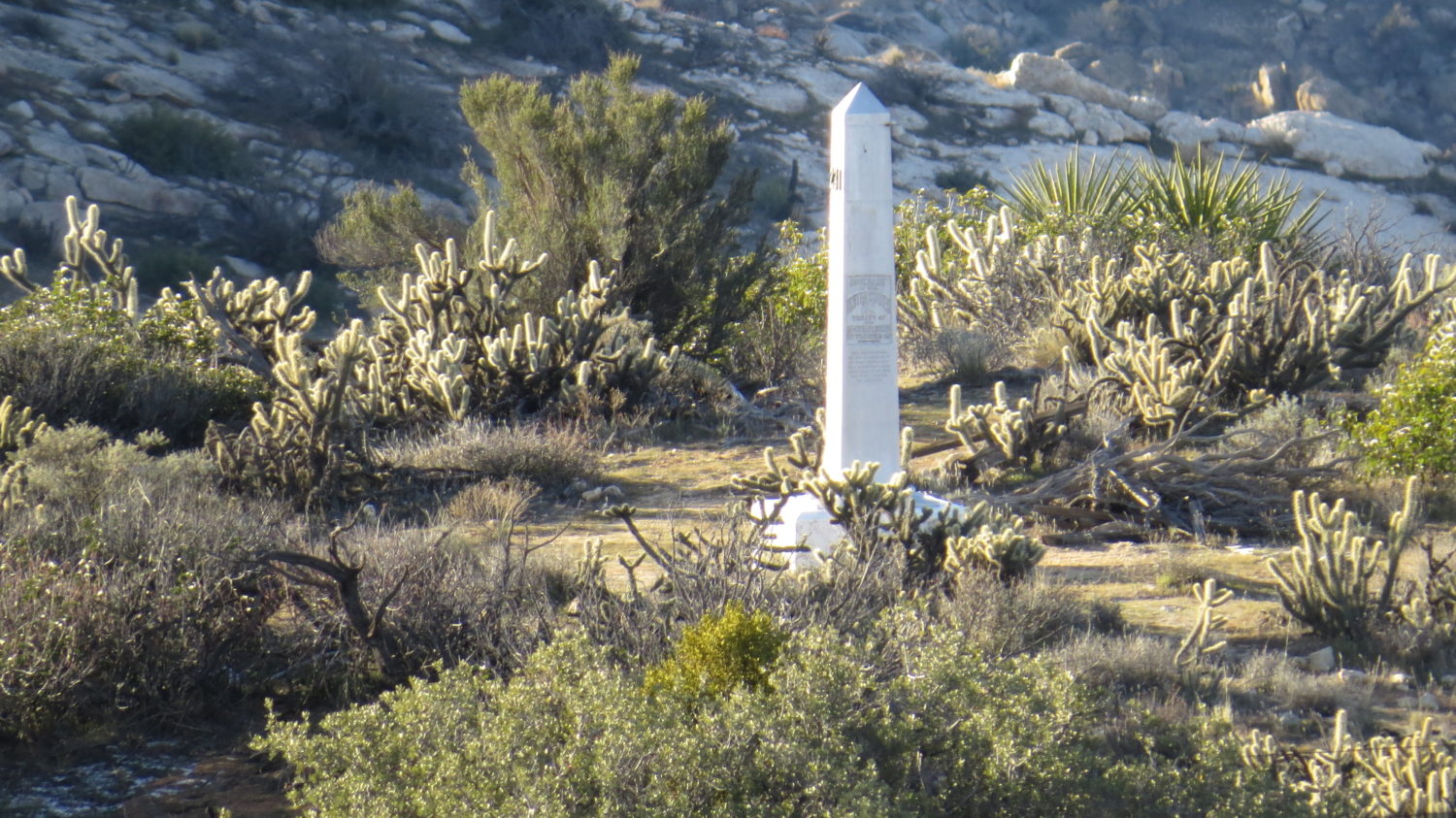 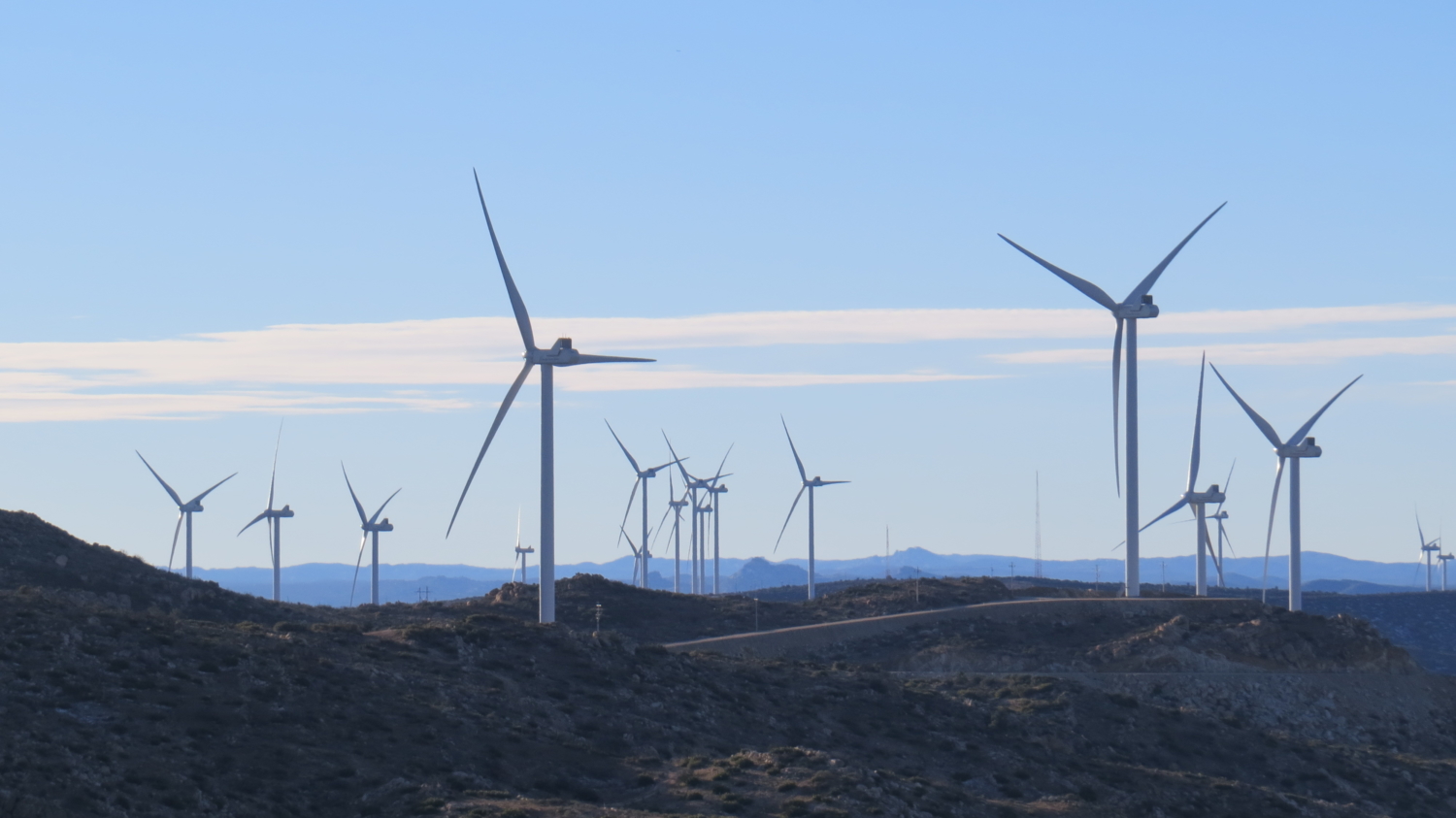 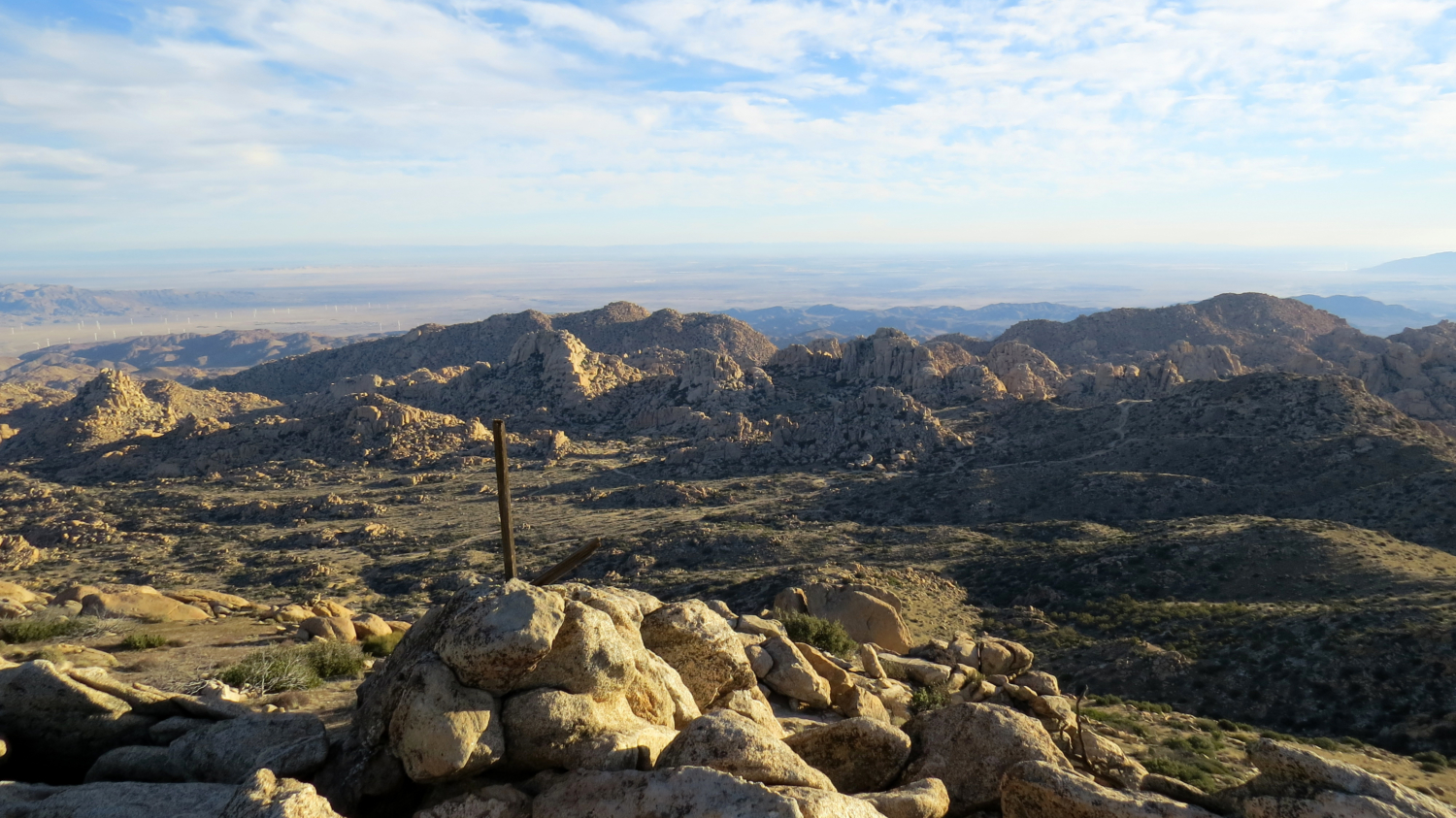 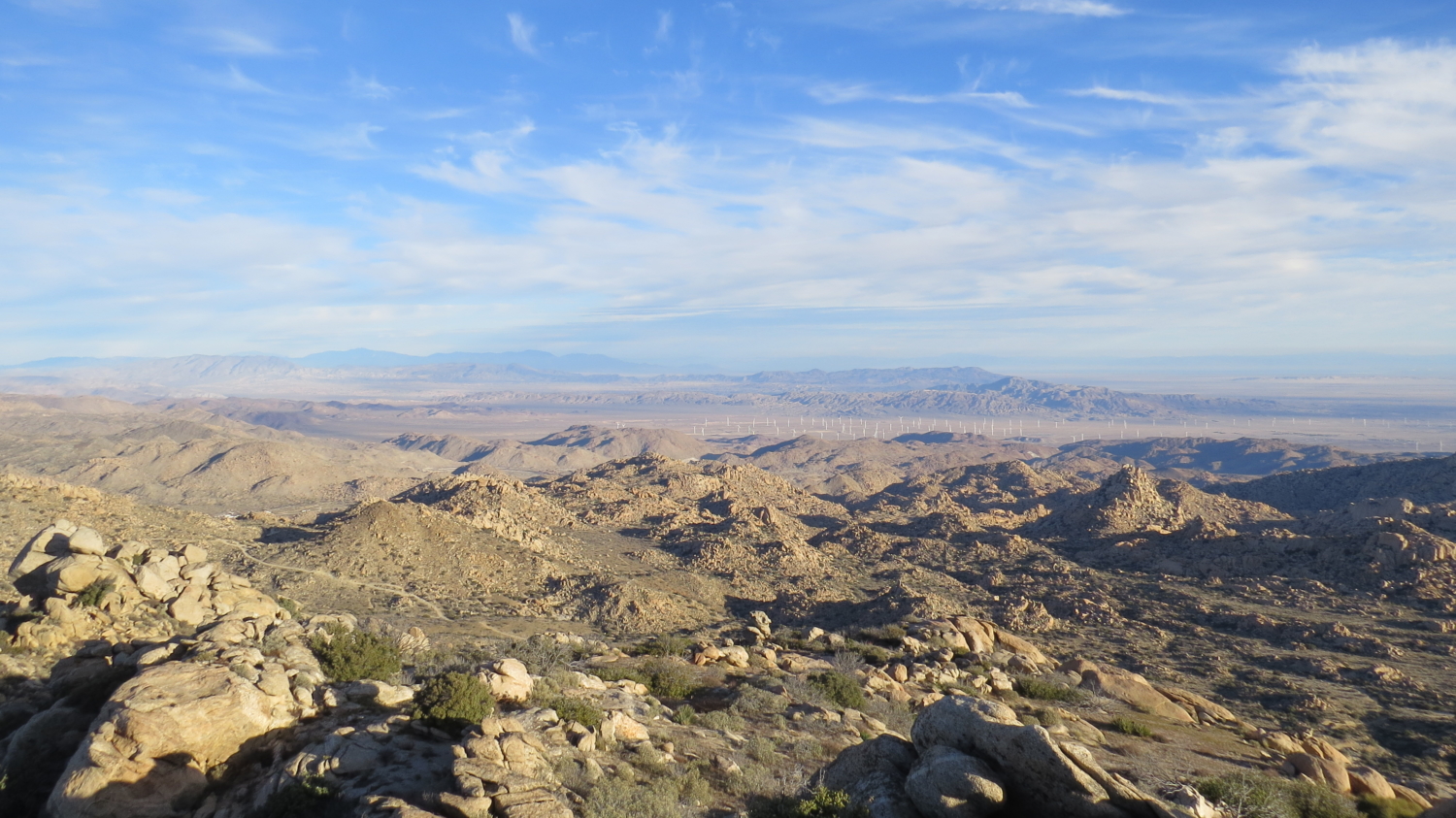 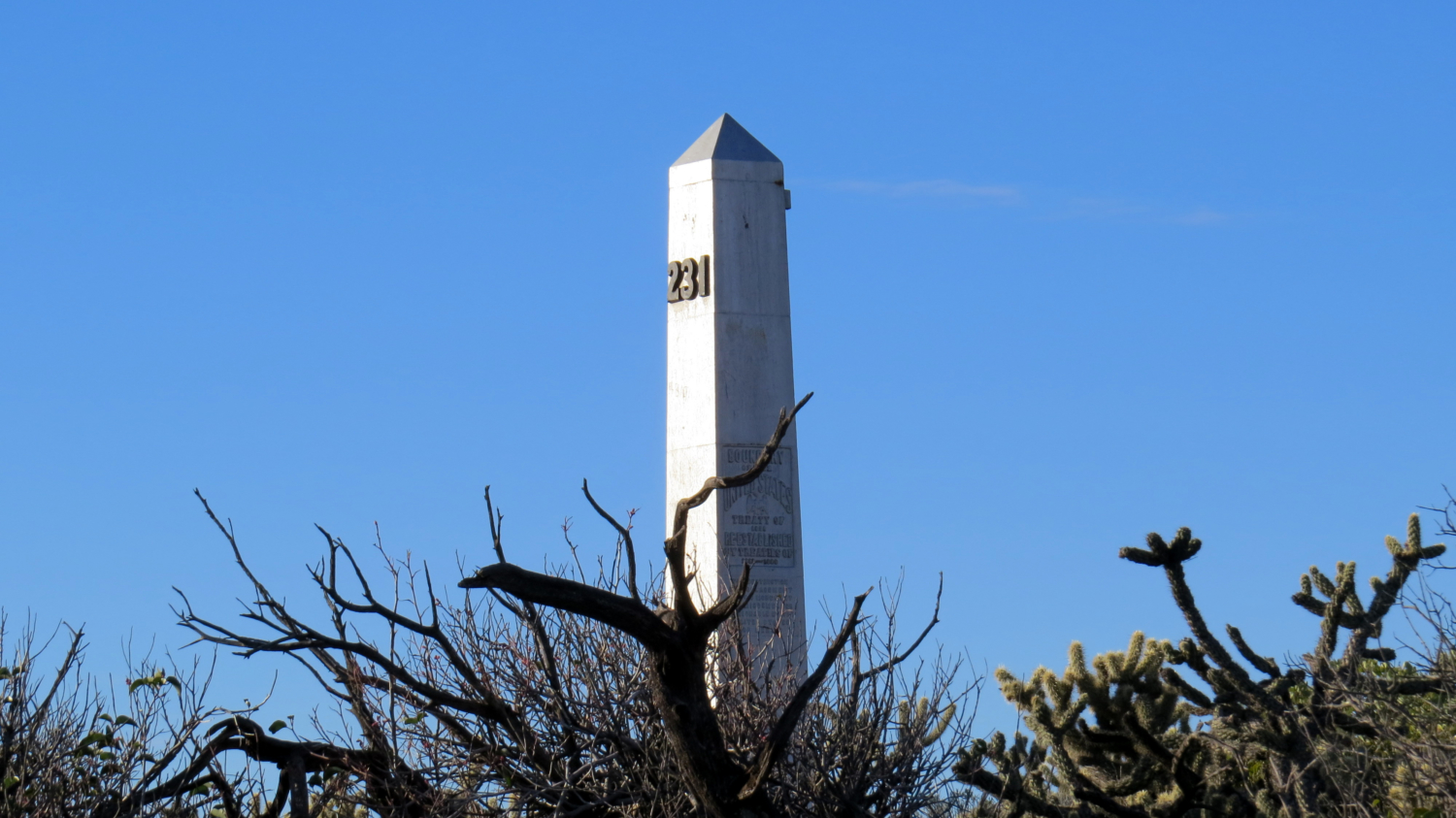 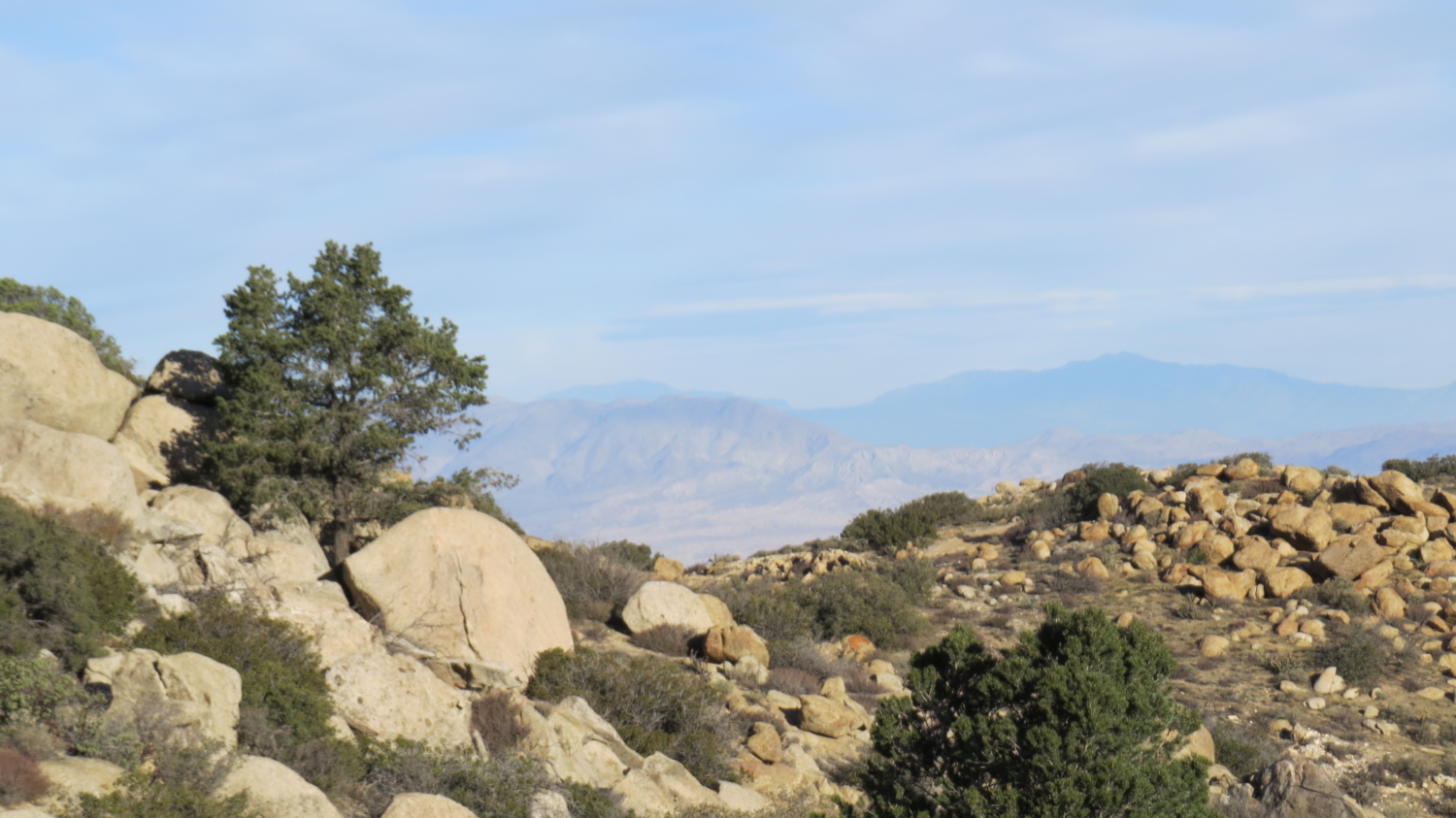 The first 1.8 miles of the route follow old mining roads. The last .4 mile to the peak follow a cross-country route that requires navigation skills. The additional side trips also follow informal routes that requires some navigation.

The nearest campground is the private De Anza Springs Resort. It's a nice place to camp, but be forewarnend that it's a clothing-optional resort. For clothing-required camping, check out Boulder Oaks Campground west from the Jacumba area.

Take Interstate 8 east toward El Centro, and exit at In-Ko-Pah County Road. Turn right off of the freeway, and then make an immediate right onto Old Highway 80. Make an immediate left onto an access road that leads to Valley of the Moon. Continue past the gravel and follow a deteriorating paved road uphill for about .4 mile to a pullout where a handful of cars can park.